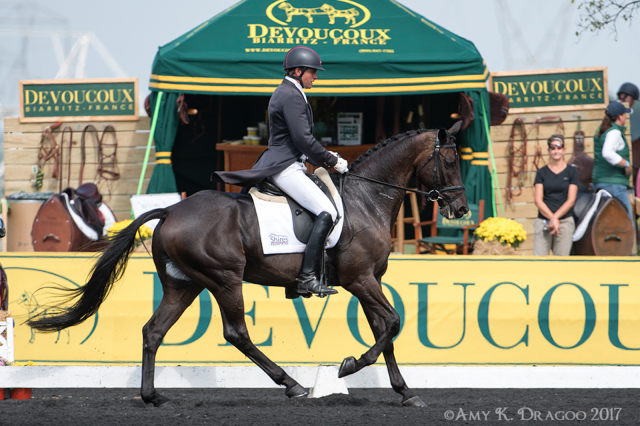 Yesterday’s rainy weather at Plantation Field International Horse Trials is a distant memory thanks to picture-perfect, sunny conditions on the first full day of competition in Unionville, Pennsylvania. The CIC2*-A and CIC*-A divisions completed dressage today, as did the first half of the CIC2*-B division.

Boyd Martin is currently dominating both CIC2* divisions. First he scored 36.9 with Blackfoot Mystery, the best FEI score of the horse’s career at any level and the first time he has ever been in the 30s, to lead the A division.

Then Boyd returned to the international ring aboard Shamwari 4 in the B division and scored 33.8. Boyd has contested 333 FEI competitions stretching back to 2002, and 33.8 is the lowest score of his entire international career.

Both Blackfoot Mystery, Boyd’s 2016 Olympic partner, and Shamwari 4, his 2014 WEG partner, have been easing back into competing this summer. 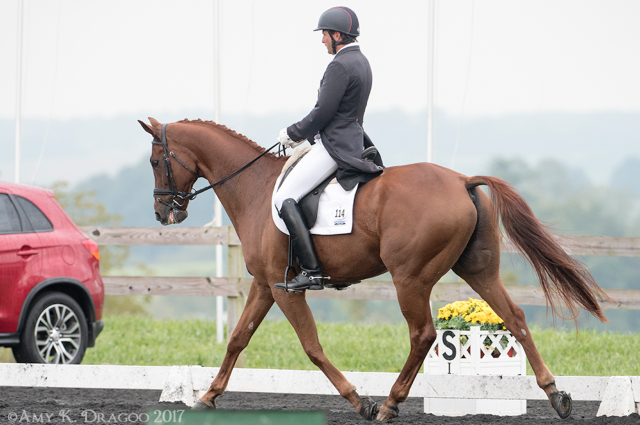 Blackfoot Mystery, a 13-year-old Thoroughbred gelding owned by the Blackfoot Mystery Syndicate, had an easy run around Richland Park in the CIC2* last month to finish 11th, and Boyd said competing him at the two-star level is all part of his plan to gradually bring the horse back after a grueling 2016 season.

“When he got back from the Olympics, I’ve just never seen a horse so tired and wilted. After preparing for Rolex and finishing sixth there, then driving to Miami for training camp, going to Rio for the Olympics and then flying him all the way home, he was just absolutely exhausted. He gave everything he had,” Boyd said.

“So I’ve really been just poking along with him. He had a nice easy run at Richland. The main goal is the WEG next year and what it takes to have him ready for WEG next year. He will go to Fair Hill CCI3* to get qualified and then hopefully we’ve got the same horse back next year and we’ll give it a good crack.”

Shamwari 4, a 15-year-old Hanoverian gelding owned by the Shamwari 4 Syndicate, also competed at Richland in the CIC2* following a lengthy break due to an injury sustained at Rolex Kentucky CCI4* in 2016.

“He had a good, long, slow recovery. I’m really trying to make sure he’s ready for WEG selection next year. He’s a cross country beast. I’m trying to be a little bit cautious with his legs at this early stage of the run into selection,” Boyd said.

“I thought a nice cruise around the two-star at Plantation would be good for him. I’m pretty confident in his cross country ability to have him right for Fair Hill. It’s a little bit nerve-racking not having a big course in them before Fair Hill, but I know both of these horses pretty good now.”

Looking to the rest of the leaderboard, Alex O’Neal and Sally Crane’s RF Eloquence now sit second beyond Boyd and Blackfoot Mystery in the CIC2*-A division after leading overnight on 38.1. Jenny Caras and her own Fernhill Full Throttle, who also did their test yesterday, now sit third on 39.1.

At the halfway point of the CIC2* B division, Jessica Phoenix and Don Good’s Bentley’s Best, a 10-year-old Trakehner gelding, sit in second place on 40.6 behind Boyd and Shamwari 4. Lisa Marie Fergusson and her own LandLunar, an 8-year-old KPWN gelding, round out the top three on 43.1. 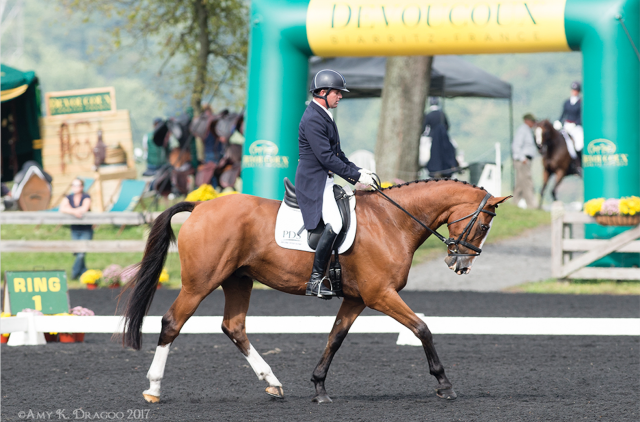 Will Faudree and Quintessential. Photo by Amy Dragoo Photography.

Will Faudree and Sarah Pyne’s Quintessential sit tied for the lead in the CIC*-A division on 39.5 alongside by Clayton Fredericks and his own FE Schoensgreen Hanna, an 8-year-old German Sport Horse mare. Megan Lynn and Elevate Event Team’s The Natural E are third on 41.9.
41.90

Tomorrow is another full day of dressage, with CIC3* dressage starting at 8 a.m. EST. You can watch live and for free on USEF Network at this link. Click here to view the full event schedule. Click here to visit the new Plantation Field International website, which has all the information you need to know. Keep it locked on EN — your Plantation Field headquarters! Go Eventing.