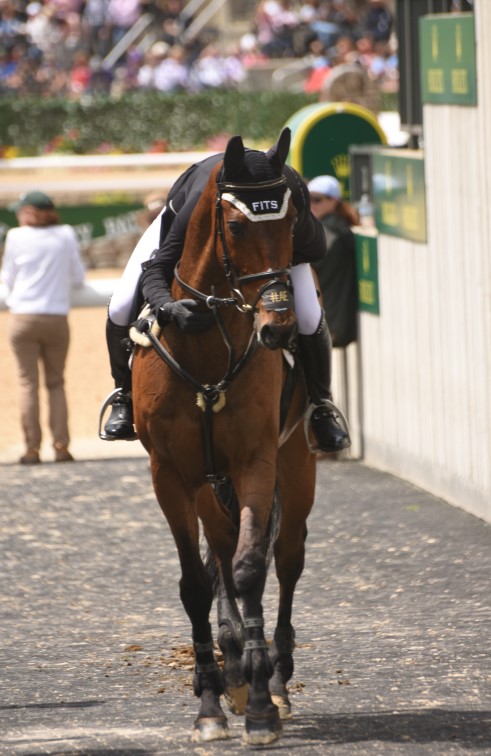 Big hugs for a 17-year-old going on 5-year-old. Photo by Sally Spickard.

It’s the end of an era for Laine Ashker and her fan favorite off-track Thoroughbred, Anthony Patch, as Laine announced the retirement of her veteran partner today on her social media.

He gave me my first top ten placing in a national four star. He gave me my first Burghley completion. He gave me my first Rolex press conference. He gave me a national advanced championship and two reserved national championships over the course of three years. Through the fourteen years I’ve owned him He never gave me any broken bones or a broken heart. And what’s more He gave YOU and I the belief that thoroughbreds have what it takes to compete at the top level of our beloved sport… I love you Al. Thank you for giving me literally EVERYTHING that I ever asked AND dreamed of. Have a happy retirement my most cherished best friend. #horseofalifetime #GoAlGo

“Al”, who is 18 this year, boasts five CCI4* completions on his record, including a 14th place finish at Rolex in 2010, his first trip around. This came after a racing career under the name Alex’s Castledream (Castle Guard – Aimee Alexis, by Right Mind), racing 10 times.

Laine and Al hopped on a plane to contest the Olympic Test Event in advance of the 2008 Olympics in Hong Kong. They won the 2013 Adequan/USEA Gold Cup at the Nutrena American Eventing Championships at Texas Rose Horse Park, one of the most prestigious eventing prizes in North America.  Later, Laine and Al also traveled to the UK to tackle Burghley in 2015, earning them another completion. In all, this pair completed 21 FEI events and 22 Advanced Horse Trials.

We will miss seeing this pair with the ultimate partnership rock around cross country courses all over the country. We here at EN wish Al the happiest of retirements, where he has truly earned all of the broom scratches he could ever want. #GoAlGo 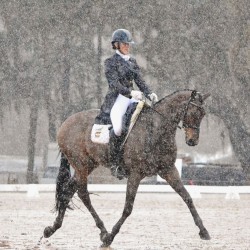 When you get torrential rain during your test, you want an arena that drains quickly and well. Photo by Jenni Autry. 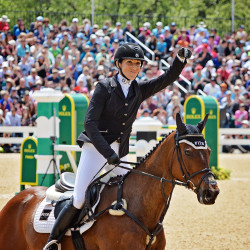 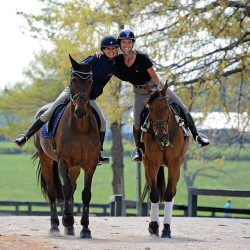 Lots of smiles today at Rolex! Here’s Katherine Coleman with Courage Under Fire and Laine Ashker with Anthony Patch. Photo by Jenni Autry. 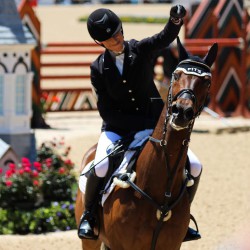 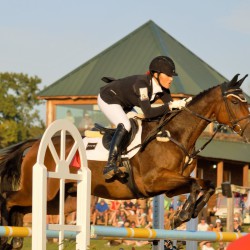 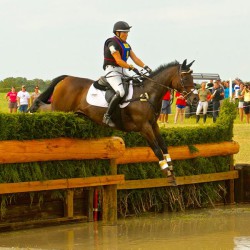 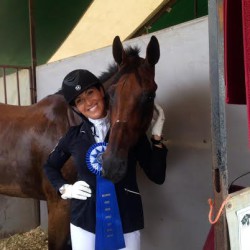 Laine Ashker and Anthony Patch after the big win at Millbrook. Photo by Jenni Autry. 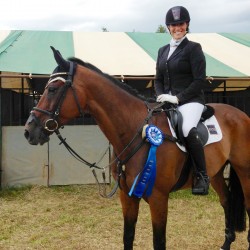 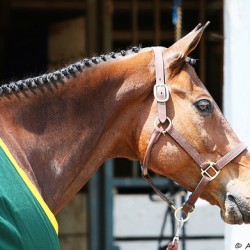 Anthony Patch at Rolex in 2011. Photo by Allie Conrad.