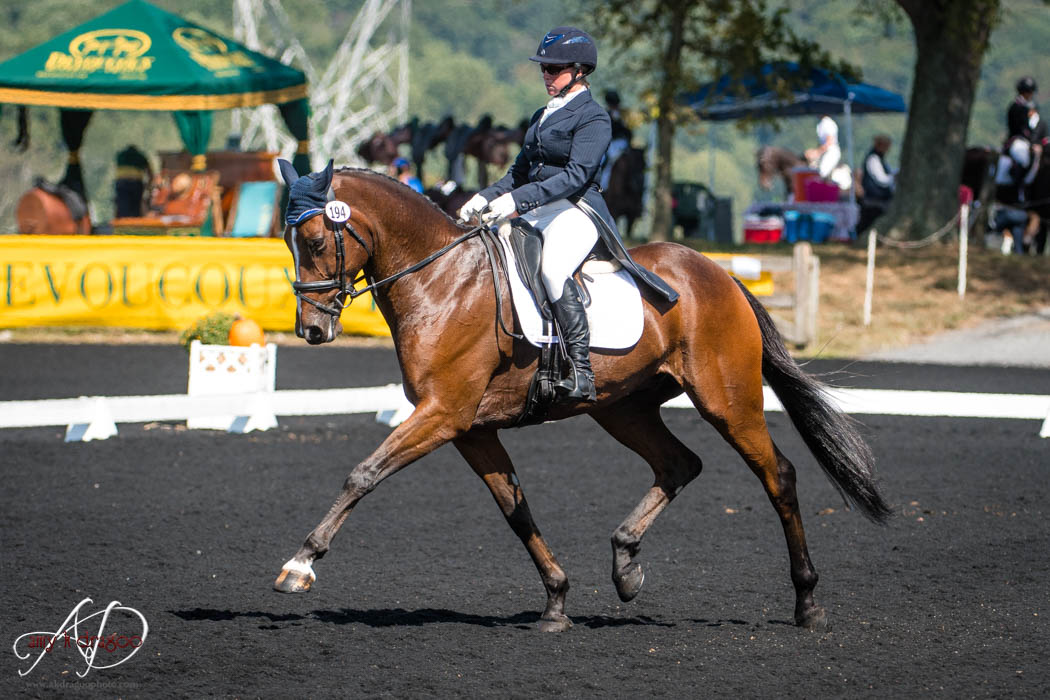 Colleen Rutledge of Frederick, Maryland took a commanding lead after dressage, scoring 26.3 at the Plantation Field International CIC4*-S today riding Covert Rights, a 13-year-old Thoroughbred/Draft cross gelding. Boyd Martin of Cochranville, PA and Bonito, a Westphalian gelding owned by Stephen Blauner and Nancy Hathaway, were the second to last pair of the day to enter the arena, and laid down a 28.2 to claim second place. There are 57 entries in the CCI4*-S division.

Rutledge said that Covert Rights has had a few small injuries over the years that have slowed down his training progress, but he feels strong now. The pair recently finished second at the Great Meadow International in Virginia and she felt like he had a little more “pizazz” in his test today. “After he was a lumberjack on the show jumping course at Jersey Fresh [in June] we really went back to the drawing board in all three phases,” she said. Rutledge is also competing C Me Fly in the CCI3*-S. 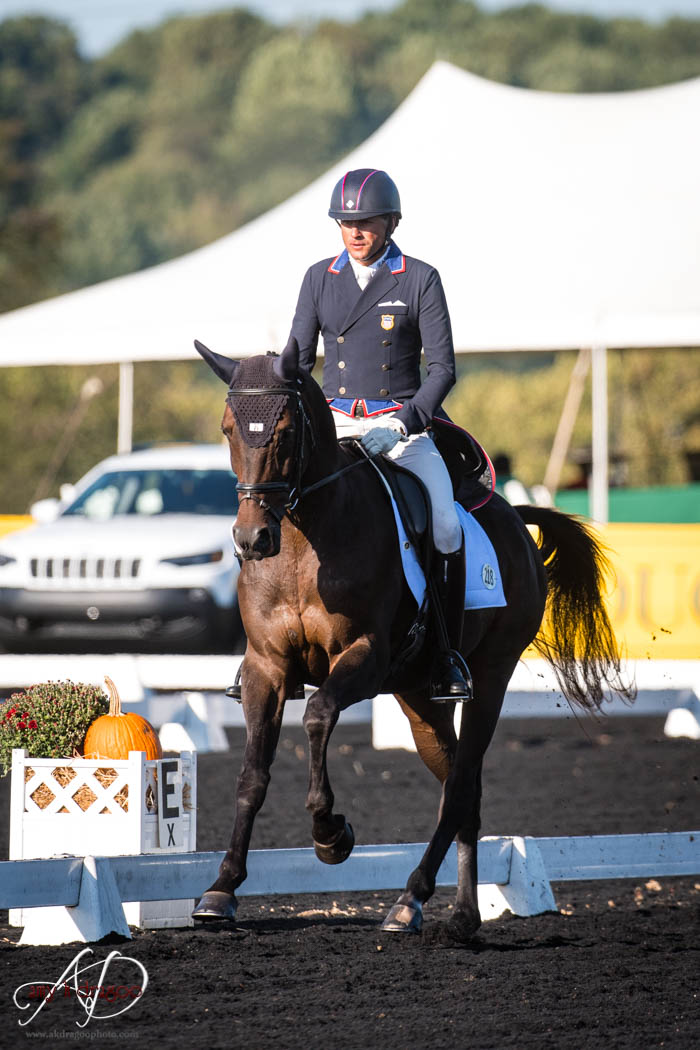 Martin said, “Bonito’s a lovely mover. He was injured about a year ago and I’ve gently brought him back, slowly moving him back up the levels. He’s very flamboyant in the ring and it’s nice to have him back at this level. He won the Bromont three-day in 2016 and he’s competed at the four-star level before. I plan to be a little cautious with him this year, maybe take him to Fair Hill in October, with the big goal of competing at Kentucky next April.” 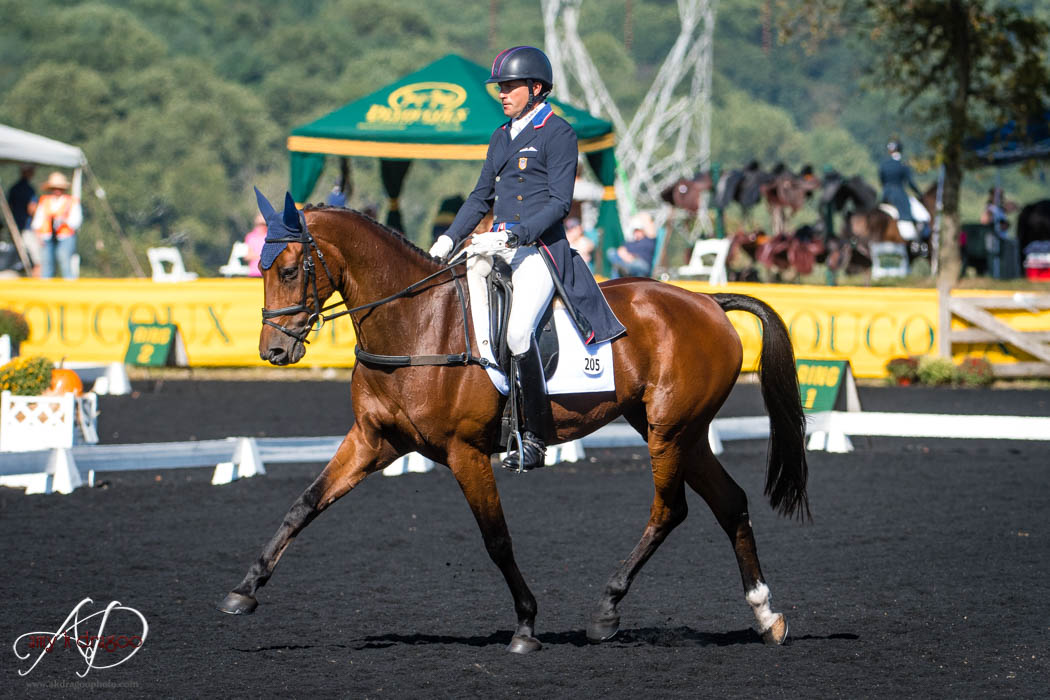 Martin is also competing two horses, Z and Fernhill Singapore, for Phillip Dutton, who was injured in a charity polo match last week. “It’s been a good experience,” he said. “I rode them a couple of times this week with Phillip teaching me which buttons to press. It’s a privilege to sit on them and nice to return the favor since Phillip is usually riding my horses when I’m sidelined with an injury.”

With little rain leading up to event there has been concern about the footing being too hard but Martin said, “The ground is fantastic. The guy who is aerating the footing should be paid a bonus! It’s a big strong course and I think it’ll be a good education for the horses.” Martin is also riding Luke 150, 7th and Barry, 9th and Carlsburg, 24th-T in the CCI3*-S. 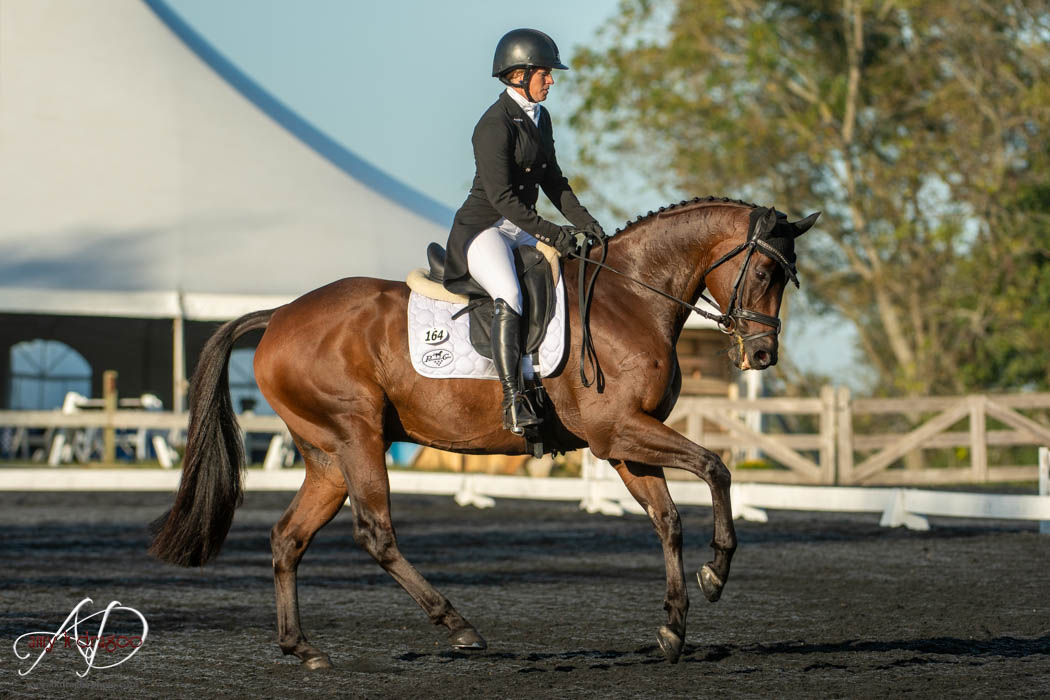 Erin Sylvester, a longtime student of Martin who also resides in Cochranville, is third after dressage in the four-star with 29.5 riding the 2007 Irish Thoroughbred gelding Paddy the Caddy, whom she owns in partnership with Frank McEntee. Sylvester has owned the gelding since he was three years old and said that he always performs well at Plantation Field.

“He likes the footing and atmosphere at this event,” she said. “I was happy with him today. He was really good in Kentucky this spring but has been struggling a bit since then. I’ve been working on keeping him relaxed in the ring. He tends to be relaxed in the warmup and then light up in the ring; I really rode him in the warmup today and he was the same horse in the competition ring.”

Enjoy a few more lovely snapshots from Amy Dragoo and her talented team: 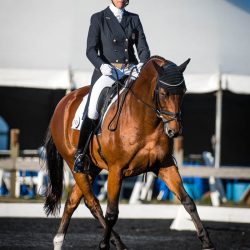 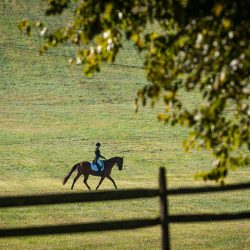 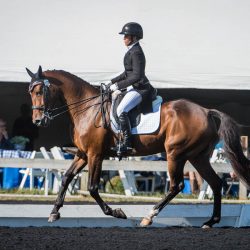 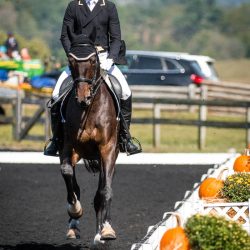 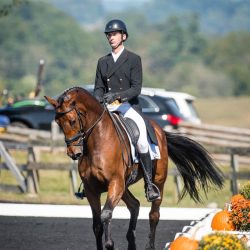 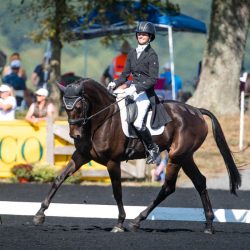 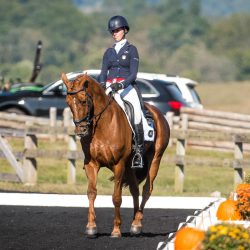 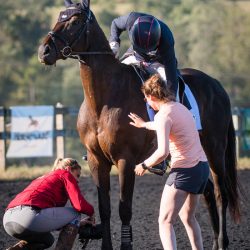 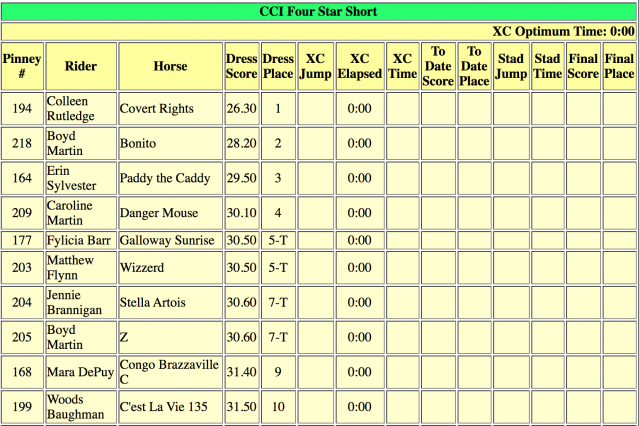