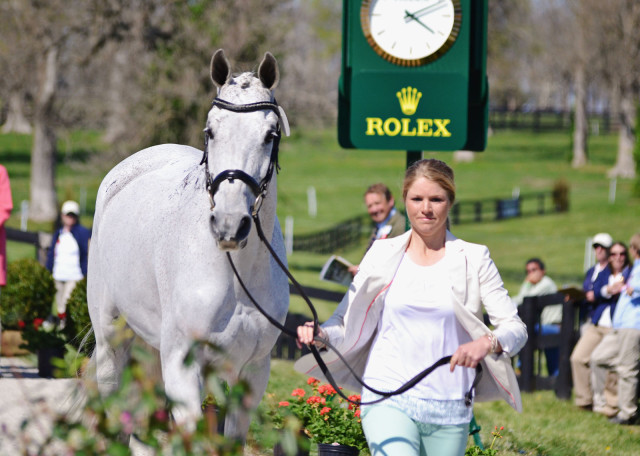 Caitlin Silliman and Catch A Star at Rolex. Photo by Jenni Autry.

Caitlin Silliman enjoyed a smashing end to her 2014 season, finishing in fifth place in the star-studded CIC3* class at Plantation Field International Horse Trials in September before finishing fourth at the Dutta Corp Fair Hill International CCI3* in October.

She has big plans for 2015, both with her four-star mare Catch A Star (“Hoku”) and her exciting new youngster Vagabon de Champdoux, this year’s Young Event Horse 5-Year-Old East Coast Champion. Many thanks to Caitlin for taking the time to chat with EN.

EN: What would you consider to be the biggest achievement in your career so far?

Caitlin: My fourth place finish at Fair Hill, because it was my best result to date at a big event. I won the the CCI2* at Jersey Fresh last year with Remington, but after working through some things in my spring season, it was really cool to come back and be competitive, especially for Hoku.

She was competitive in all three phases, and in looking at our track record, we’ve really had to work at pulling all three phases together like that. It felt really good to finish at the top of the leaderboard with Jennie Brannigan, Boyd Martin and Allison Springer.

Caitlin: Every CCI4* event in the world, including Adelaide in Australia. I am really hoping to go to Europe next fall with Hoku, whether it’s for a three-star or four-star. I have one CCI4* checked off my list with Rolex (she finished 24th with Hoku 2013), and I’ll keep chipping away at the rest. 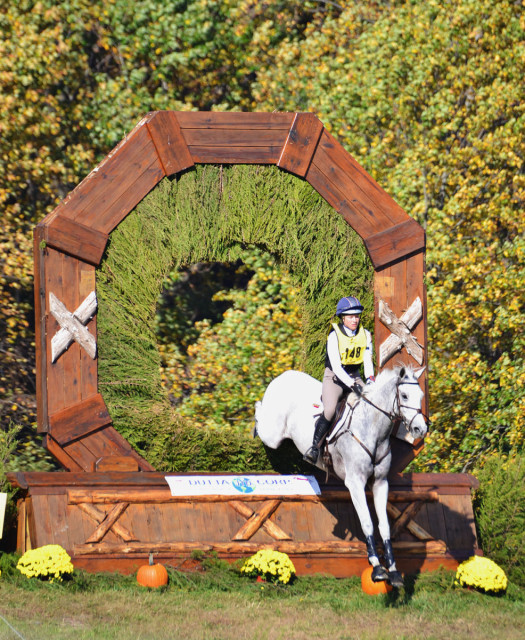 Caitlin: You have to keep at it. It’s a really tough sport, and you need thick skin. There are all ranges of people in the sport — people who are really well backed and people who don’t have two pennies to rub together. Even if you feel like the odds are stacked against you, you have to go to work every day.

There are going to be days when you walk off the course and days when you win, and all the days in between are what makes it worth it. You have to be cool during the highs and ride the waves and work harder than ever during the lows. When you’re in the lows, you think you have bad luck, but it happens to everyone. Stick to it, work hard and it will all pay off in the end.

EN: What would you say is your biggest strength as a rider?

Caitlin: My flatwork has come a long way thanks to working for Silva early on in my career, and I am learning a lot about the cross country and show jumping from Boyd. I also think a huge thing in this sport is you have to be a real people person and be able to talk to a lot of different people. That’s how you build your business. I have to really thank my parents for teaching me good people skills.

EN: What has been the biggest benefit to working for Boyd and Silva Martin?

Caitlin: I got in with Boyd and Silva at a really good time. Beyond them both being such unbelievable riders and competitors, I started working for them when they were new here and still had a business in Australia.

When I started working for Silva, Boyd was still working for Phillip (Dutton). A couple months later, he went out on his own. I watched him start his business from the ground up. Watching them get owners and horses and their farm is just as valuable as what they’ve taught me in my riding. 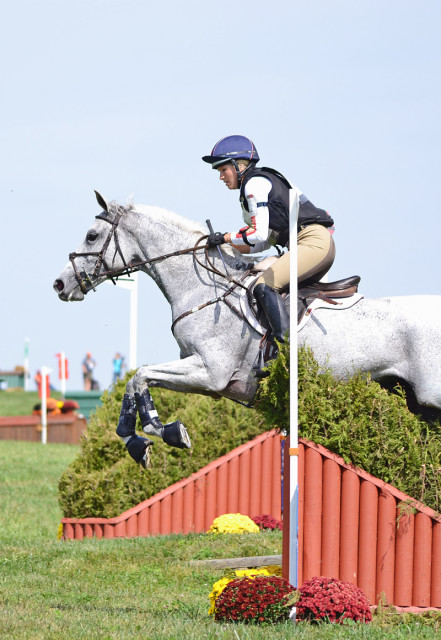 EN: If you could take six months off without worrying about keeping your business going, who would you go learn from?

Caitlin: I know Boyd has spent time in Germany, and obviously Silva being from there really makes me want to go. I would love to go to a dressage rider in Germany or go to a huge show jumping barn and learn from them. If I had to pick one rider, I’d say I would love to go show jump with Marcus Ehning.

EN: What’s the best piece of advice you’ve ever been given?

Caitlin: I think it goes with how you have to work hard. I’ve had a lot of lows and high, and you have to keep your chin up. If it’s what you want to do, then it will all be worth it.

EN: What was the name of your first pony?

Caitlin: Tootsie Roll. She was the cutest pony — a chocolate palomino, so she had this beautiful dark dapple coat and a flaxen mane and tail. She didn’t start out as a good pony, but she became good. She was a Shetland, so, like most ponies, she had days when she was rotten, but I won plenty of blue ribbons on her too. (Click here for a cute Tootsie Roll photo!)

EN: What’s your most embarrassing moment related to horses?

Caitlin: I think my face turned pretty red when I still had front boots on Remington and rode right into the dressage at Pine Top!