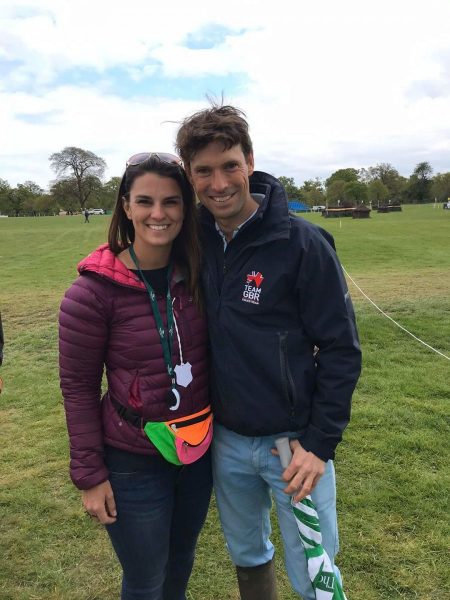 The author with Harry Meade. Photo courtesy of Jodie Neill.

Here are 10 random fact you didn’t know about Badminton … or maybe you did, but it’s fun!

1. Badminton was first held in 1949 by the 10th Duke of Beaufort in order to let the British riders train for international events.

4. In 1973, Rachel Bayliss and Gurgle the Greek went underneath the Stockholm fence and were deemed still clear as they went between the flags!⁣

5. Lucinda Green’s (formerly Prior-Palmer) horse, Wideawake, who won in 1976, died of a heart attack on his victory lap. She won the event an incredible six times on six different horses!!⁣

6. Andrew Nicholson holds the record for the most completions — he won his first in 2017 on his 37th completion!

8. Sheila Wilcox is the only person to have won three times in a row.