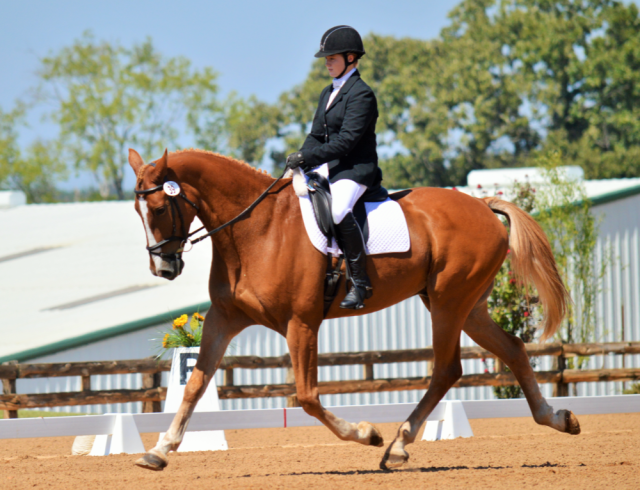 Have you seen this talented and determined young pair? Perhaps you’ve heard of 19-year-old Bailey Moran from San Antonio, Texas, and her super duper awesome Irish Sport Horse gelding Loughnatousa Caislean? We sat down with Bailey to ask 13 burning questions. Many thanks to Bailey for her time, and thanks for reading!

Lila:  How old are you and where are you from?

Bailey: “I’m 19 as of Nov. 1. I was born in Conroe, Texas, and now live in San Antonio, Texas, however at the end of the year I’ll be making the trip to Florida to spend January through April in Ocala. After the Ocala International, I’ll be based in central Pennsylvania for the remainder of the year. “

Lila: Are you attending college or will be attending?

Bailey: “I am not currently attending college. I do plan to take some business courses whenever my riding slows down a bit. Who knows when that will be!”

Lila: Tell us about your childhood and your background with horses?

Bailey: “I started riding when I was 6. I’ve done everything.”

Lila: Does your family ride horses?

Bailey: “My mother grew up joy riding on a little palomino called Sunny, and now both my parents trail ride for the fun of it in their off time. My father, also known as Eventing Dad, did compete up to the ‘Goldilocks’ level a few years ago. I think he’d probably like to compete again some time if the right horse came along.”

Lila: Tell us about your horse — age, breed, personality, how you found him?

Bailey: “Loughnatousa Caislean (Lock-na-two-sah Cash-lawn) or ‘Leo’ is a 9-year-old Irish Sport Horse gelding. We found him in Ireland as a 5-year-old who’d never shown before in August of 2011. He’s a very funny boy who’s notorious for picking favorites! He can be very cooperative for those who he enjoys the company of and very uncooperative for those he doesn’t! The good news is, if for some reason you’re not in his favor, you can most likely bribe him with Sour Patch Kids, and he will very quickly be your best friend.” 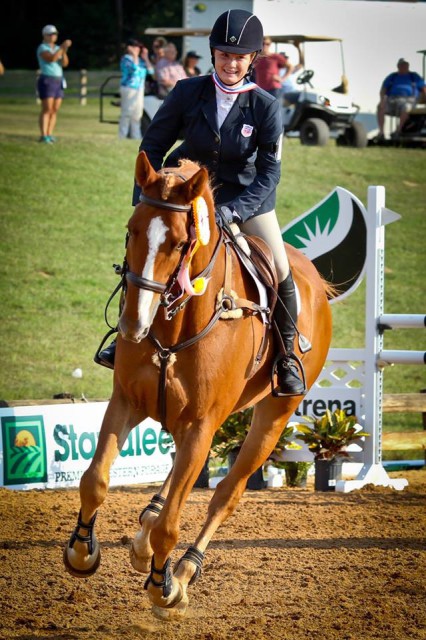 Lila: What makes your partnership unique?

Bailey: “Leo and I feed off of each other. The more confident I am, the more confident he is, and vice versa. We’ve been together from the very beginning. When we brought him over from Ireland, I had just recently moved up to Training level, and Leo didn’t even know what eventing was. The second he stepped foot onto his first cross country course, he was at home.

“It was evident from the beginning that eventing simply made sense to him. He understood what I was asking of him and was more than game. To this day, he has never, ever said ‘no’ to me. I feed off his bravery, and in turn feel like I could conquer the world on the back of that horse. He is unbelievable.”

Lila: You went to the North American Junior and Young Rider Championships in the CH-J* last year. Tell us about that experience.

Bailey: “The one-star was actually a massive shock to us all. He had only moved up to Prelim in October of 2012, so qualifying for Young Riders was actually a bit of a dream that we had never anticipated coming true. Neither of us had never been to an event of that scale, and it did show on the cross country course. We had a couple of green run outs where I just missed my line and he never read the question.

“It was a huge learning experience and still an incredible feeling to bring home a double clear show jumping that Sunday. I value our showing there and all it taught me. We are the partnership we are today because of the mistakes we’ve made and what we took away from them. “

Lila: Do you have plans of moving up to Advanced in 2015? If so, when and where?

Bailey: “Absolutely! We’re right on track to move up to Advanced at Rocking Horse II in February. I’m trying hard to have no expectations, but when you’re sitting on a horse who tries as hard as he does, it’s impossible to not be over the moon excited!”

Bailey: “He gave me the most unbelievable season I’ve ever experienced! We moved up to Intermediate in January and after taking a couple of events to figure out the level, he hit his stride as he always does. We qualified again for Young Riders, this time at the CH-Y**, and had another learning experience there, but he returned home in tip top shape and placed in the top three in his last four events of the season, with one third, one second and two firsts.”

Lila: What has been your biggest accomplishment with this particular horse?

Bailey: “That’s an easy one. In 2009, I was running Beginner Novice at the American Eventing Championships in Chicago on my pony, Razzmatazz. The first day I was there, I was doing my 20-meter circles in the warm up ring when I looked up and started sobbing uncontrollably. I was surrounded by many eventing greats, such as Karen O’Connor, Phillip Dutton, Leslie Law and countless others, and I was terrified that I was going to have to compete against them. Well, I wasn’t, of course. Not that year.

“But this year, I once again warmed up among the same greats and more. To finish third in the Intermediate division of the AECs, bested by none other than Buck Davidson and Tamie Smith, was undoubtedly the most magical moment of my entire career thus far. To join a victory gallop surrounded by those I have always looked up to and will always continue to look up to was surreal and enchanting.” 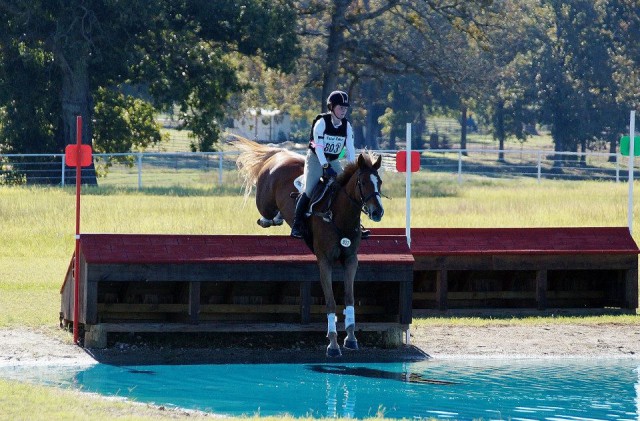 Lila: Have you ever had a horse like this one?

Bailey: “Absolutely not, and I find it hard to think that I will ever have one who compares. I have never gotten off Leo without a beaming smile on my face. At our last event this season, I returned to the barn after cross country. Within minutes, I was reduced to a blubbering, crying mess as I hugged my goofy chestnut’s neck, thanking him for the ride he’d given me that day, for every ride before it and every ride that is to come.

“There will be plenty of good horses in the future, and I’m sure ones just as special as he. But they will never be special in the same way. I will never have the same connection to a horse as I have with Leo.”

Lila: What are your hopes and goals for the future? Is Rolex in the back of your mind?

Bailey: “Rolex used to be a joke around the house. When we won the AECs at the Training level in 2012, I had jokingly made a comment, saying, ‘See you at Rolex in 2016!’ not at all believing it could be a real possibility. The long term plan is definitely to shoot for Rolex in 2016 if all goes well with our move up to Advanced.

“Ideally, I’d like to run the Carolina International CIC3*, Plantation Field CIC3*, and Fair Hill International CCI3* next year in order to qualify. If we do make it to Rolex in the next year and a half, we’ll be setting our sights on getting noticed for the Tokyo 2020 Olympic team. For now, they’re all just dreams. A lot has to fall into place to make those goals possible. But two years ago, Rolex was only a dream as well!”

Lila: What advice would you offer to someone as eager and as young as you searching for their next superstar event horse?

Bailey: “Look for a horse that makes you smile! For a horse that makes you feel untouchable, brave and excited. The first time I cross country schooled on Leo, I told my parents, ‘This is the most confident I have ever felt on a horse!’ Look for something you can trust, that gives you more confidence than you ever dreamed was possible. And if they’re a chestnut with an adorable crooked blaze, that’s just the icing on the cake.”

And here they are at the AEC Intermediate Championships, brought to you by RNS Video: