Oh yes, I was there – the Olympic Games in Los Angeles in 1984. I still have the green and orange volunteer suit, too! And somewhere in the bowels of my office, my I.D. tag and a few other things. But the really cool tennis shoes we got are long gone, sorry. They were really nice, those shoes. I spent a lot of hours in them. 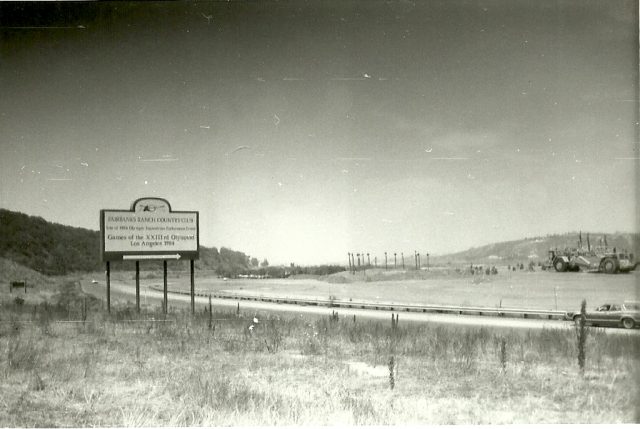 This was the raw site of the XC at Fair banks Ranch, before construction. Photo by Holly Covey

Lots of eventers today weren’t born yet when the L.A. Olympics took place. Some were just little kids. Some, like me and a whole generation of west-coast eventers, were starry-eyed just to sign up and be volunteers and hang out with the best eventers in the world, although mostly from a distance.

For those that remember, the three-day event took place over five days, because the dressage and show jumping were held at Santa Anita racetrack in Arcadia, Ca., sort of north and east of downtown L.A. The cross country for the Olympic three-day took place at Fairbanks Ranch in Rancho Sante Fe, at a site that was destined to be a golf course after the games, just outside of Del Mar, Ca.

The schedule involved shipping the horses after dressage down to the cross country for one day, and then shipping them back to Santa Anita, with rest days in between. Yeah, it was weird, but that is what they thought would work the best. And don’t forget, this was the era of the classic, so there was roads and tracks and steeplechase at the site.

It was hot on August 1st for the cross country and the Europeans complained bitterly about the heat throughout the Games. There were temporary wash racks set up at the portable stabling for washing the horses, and I clearly remember Bettina Hoy washing her horse down after finishing the course, stopping briefly to joyfully hug first one German groom, then her horse, then another German groom while they were all four in the wash rack soaking each other down.

I volunteered all nine days of the equestrian competition at Santa Anita and had some incredible experiences. Here’s a few: 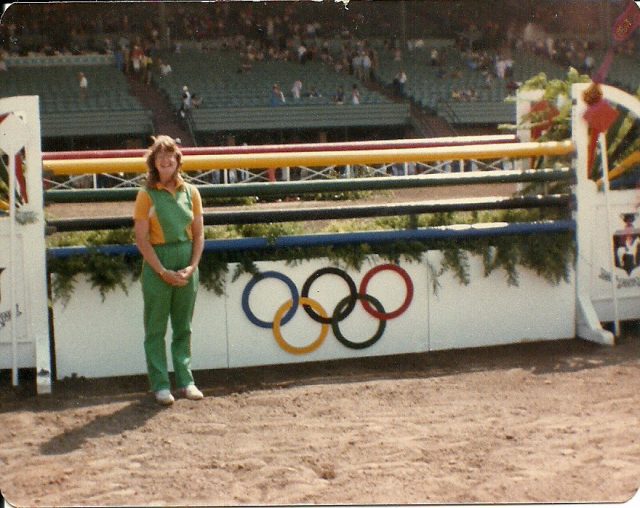 Oh there is so much more I remember from then, but this will have to do for now. I hope everyone is planning right now to volunteer or attend in 2028!