There is a grassroots Facebook movement afoot to storm Area 51 in order to “see them aliens.” Wait. What? Although we don’t get it, we can think of 51 other reasons to storm Area 51, reasons much more appealing to the Horse Nation herd.

On June 27, a Facebook event called Storm Area 51, They Can’t Stop All of Us was launched encouraging folks to journey to Roswell, New Mexico in order to, as the title suggests, storm Area 51 and “see them aliens.” Although this started as a joke, the September 20 event has garnered quite a bit of attention. 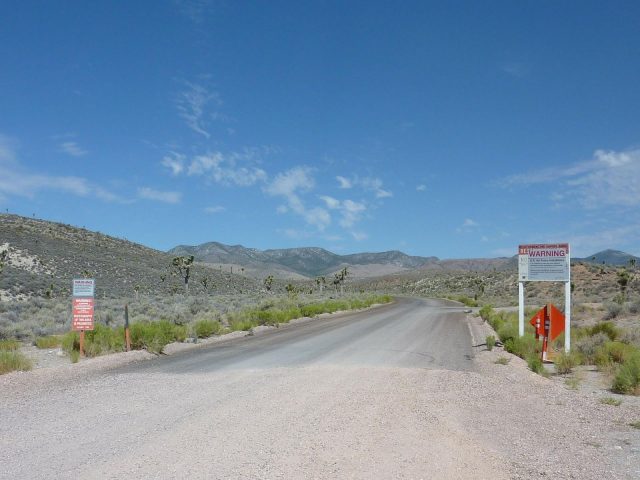 With 1.2 million Facebook users committed to going and 1 million interested, the event has gotten more than just attention; it seems there’s some substance behind it. To be fair, simply saying one is “going” to an event on Facebook does not necessarily mean one will actually, physically attend. That said, the Little A’Le’Inn (pronounced “little alien,” of course), which is the nearest lodging to Area 51, is completely booked for September 20 — all 10 rooms of it. Additionally, over 60 people have committed to renting a camping spot on the 30 acres of land that is run by the same owner.

According to the event page, the way the group is going to “see them aliens” is by doing a naruto run toward the top-secret testing facility so the group can “move faster than their bullets.” For those of you who don’t know (I certainly didn’t up until very recently), a naruto run refers to Naruto Uzumaki, a Japanese anime character who runs with his chest pointing forward and his arms jutting straight back behind him.

All of this leaves us more than just a little perplexed. Remember that as of mid-July, less than a month since the Facebook event was launched, over 1 million people have said they are going to naruto run at a government testing facility to “see them aliens.” Let that sink in for a minute. One. Million. People. Even if only a small percentage of those who say they are going actually go, that’s still a lot of people.