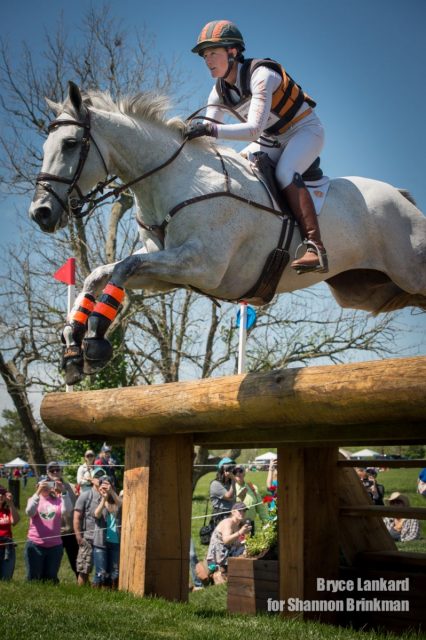 By the time a horse has gone a sixth of the way around a four-star cross country course, he will have cycled approximately 475 gallons of air into and out of his lungs. To help visualize this: Imagine the average American bathtub “filled with air” and then added five more tubs next to it – that is about how much air a horse will inhale and exhale, which is nearly 10 gallons per second!

Oftentimes when we think of performance horses, our mind paints a picture of a strong bodied steed with well-defined muscles and a bigger stature than the rest. But, beneath the surface lies a crucial factor to a horse’s performance that often goes overlooked: breathing. We never really realize it, but regardless of a horse’s level of competition – amateur or professional performance horses – all work at a high level of intensity. A horse’s respiratory involvement remains invariable across disciplines, being just as important during lower levels of training and competition as in high levels. 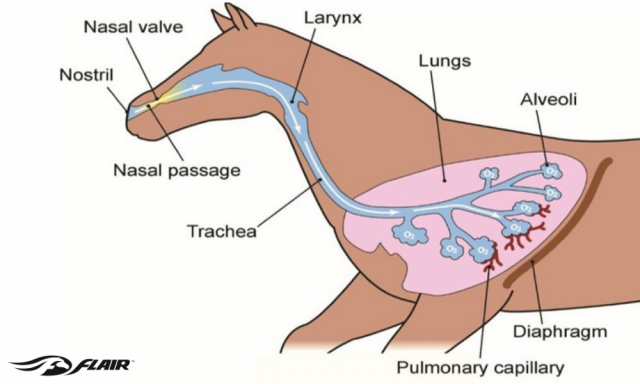 At the surface, when a horse is hard at work during an event or exercise routine, the unsupported tissues overlying the nasal passages collapse, resulting in less efficient breathing and more strain on the horse before being able to reach its optimal performance. Unlike humans, during intensive exercise horses do not breathe through their mouth and nose. A horse only breathes through its nose because the tissues that separate the nasal passages from the oral cavity are longer. So, when horses inhale during exercise, around 90% of the resistance (obstruction) to air movement is found within the airways of the nostrils, nasal passages, larynx, and trachea. Of this 90%, half of the resistance comes from the nasal passages. This goes to show that the nasal passages of a horse are directly correlated to the efficiency of its air intake and that unobstructed and unrestricted airways make all the difference when it comes to the endurance and high-performance capabilities of your horse.