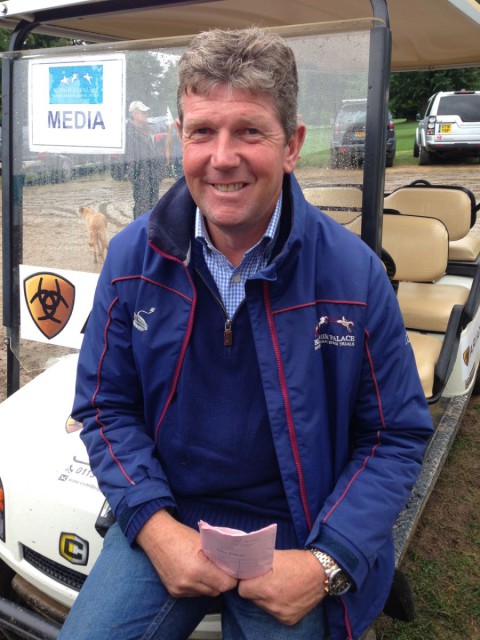 Today was a particularly special cross country day at Blenheim. It was the tenth year that Eric Winter has designed the course here and also his last, as next year he’ll move on to Badminton and hand all three courses over to his builder and protege David Evans who is responsible for the ERM and CIC3* course this year. I was lucky enough to catch up with Eric after the CCI3* wrapped up and pick his brains about today’s action and what we might be able to expect at Badminton next Spring.

“I thought the course worked really well today. We had lots of different routes and the riders used their brains–we had 50/50 split on a lot of fences, they went to a lower rail or a higher rail.”

I think it played into how many we had inside the time but not too much. The footing was actually really good out there; when you walked it they were printing but they weren’t going deep. The ground always holds up really well here. I wasn’t overly worried about that but it always creates a bit more pressure, and I thought the track was quite big anyway. There was quite a lot to jump, but I thought the riders rode fantastically and the course really did what we wanted to, really.

It’s always sad but I’ve been here for ten years but then I apprenticed under Mike Etherington-Smith for five years before that so I’ve been involved with it for about 15 years effectively. It’s been a real evolution of the event, we used to just have the Horse Trials and now they have entertainment rings and bits and bobs, and it was my idea to do the 8/9 year old competition. I thought it was a great class for here and it allowed us to do cross country on the Sunday which allowed us to have ticket people coming in on the Sunday. The event has changed its shape quite dramatically over those ten years which is good, and I hope it will go on and progress from strength to strength. 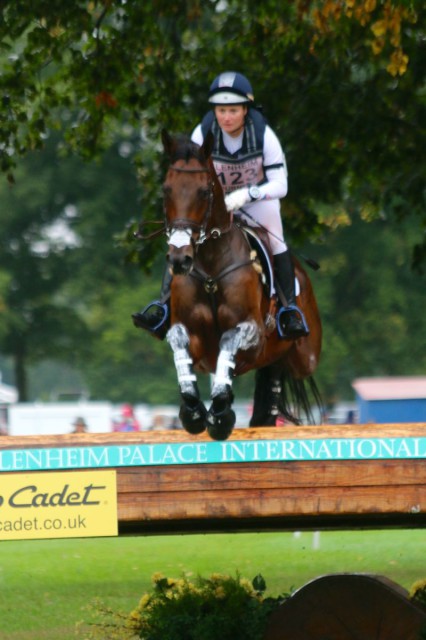 Hannah Sue Burnett and Harbour Pilot gallop and jump through the rain to move into 2nd after cross country Blenheim Palace CCI3*. 2016 Photo by Samantha Clark.

Moving on to Badminton

Very frightening! I just need to do the same as I did this year (52% clear, none within the time) there which will be a whole lot harder because I know this place inside out, so you know which bits of ground and what works in different places whereas Badminton is a little bit of a different thing but hopefully we’ll develop together and get to the same sort of thing.

(Event Director Hugh Thomas) asked me on the Thursday of Badminton this year and you could have knocked me over with a feather to be quite honest! Over the course of that weekend I kept walking the course and bits of ground and came up with next year’s track. I walked it Friday, Saturday and Sunday and spent those days sort of playing around with it in my head and by the time I’d left there I was pretty sure what I wanted to do.

We live half an hour away and I first walked the course there when I was about 8 or 9 years old, and it’s something you think about all the time but you never really expect it, to work at that level.

What to expect next Spring

I don’t think you’ll see anything hugely different next year, I think Giuseppe did a great job. I want to stick with that real traditional thing, I don’t want to go too portable. We have a lot of portable fences. I want Badminton to be that traditional old Badminton with some real rider-frightener type fences and big, scary stuff but that the horses read well and jump well. Hugh said to me, ‘Don’t mess with my traffic plan. My car parks and my entrances and exits are absolutely sacrosanct’, but beyond that he said I can do what I want to really.

The centre, the deer park, you can’t do much with that, but we’ve re-shaped the ground around the water, we’ve re-shaped some other bits down at the old Stockholm fence and we’re playing around with some different things. We’re also going to go back to that old traditional swapping direction each year. That’s worked well here at Blenheim, it keeps the riders on their toes because they can be very similar courses but slightly different, your horses get tired in different places, the whole feel of riding round is slightly different so I think that’s quite a positive thing of the swap round every year.

I think at three-star level personally I would aim for 50/60% clear rounds, and probably at four-star too, but I think that certainly everybody aims for no horse falls and that was the greatest thing about today. I’ve never managed to achieve it before. I’ve come very close: I’ve had 40% clear here one year, one horse inside the time and one horse fall and that was so close to my perfect stat but never quite got there. This time with the 52% clear, no one inside the time and not putting any horses on the ground, that was my absolute goal and for that to happen in my last year made me really pleased. A certain amount of that is luck but it’s great when it happens. 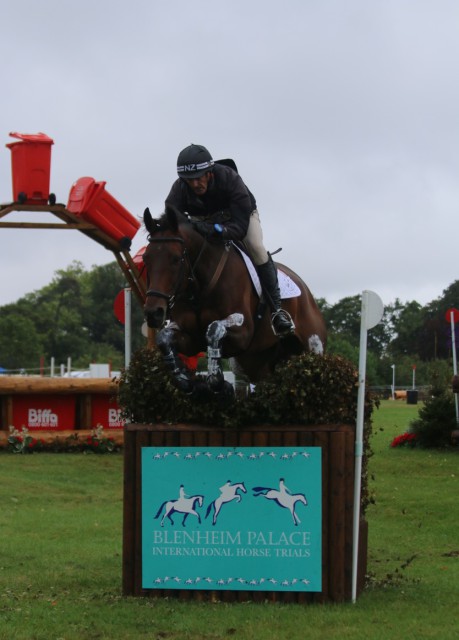 I design what I don’t want to ride! I think my weakness in my riding is that I was never quite brave enough and I was never very good on those forward, open distances. I design what my average horses couldn’t jump and what my good horses could jump, and what I found difficult and what Mr. Nicholson and the elite people find easy. I try and pitch stuff that good cross country riders ride forward and have a really good core balance and that good cross country horses travel across the ground and have range. I try and pick up the things that let those horses proffer and look fantastic and the horse that’s not quite good enough gets found out but without putting it on the ground or having anything too dramatic happen, and that’s always where I’ve come from. I want the best riders and the best horses to make it look easy.

It’s nice when you have a course like today–the good cross country horses had their day, they looked fantastic. On the Brash (Sam Griffiths) at the end was a great way to finish. He jumped round like it was a Pony Club track and that’s what I really want to do. Then some of the people who have got learning to do made it look harder, they made it look harder work; just like an examination that said you need to go home and work on this because this isn’t good enough, and I think that’s what good course design does. Hopefully they’ll come back next year better educated and better horses.

I thought the Rio course was great. I thought it asked loads of different questions and I thought they had to be really balanced and organised to jump it. There was nothing tricky and you watched some of the fences jump fantastically but they had to be on it all the time. If there was a moment when the horse lost concentration and threw his head up in the air then they would pass something and it was too late. That, for sure, to me is the heart of cross country riding: a little bit of unpredictability, a little bit of riders working and making a good job.

Many thanks to Eric for his time this afternoon, and congratulations on both a job very well done and a job to be undertaken; we look forward with excitement to Badminton next Spring.