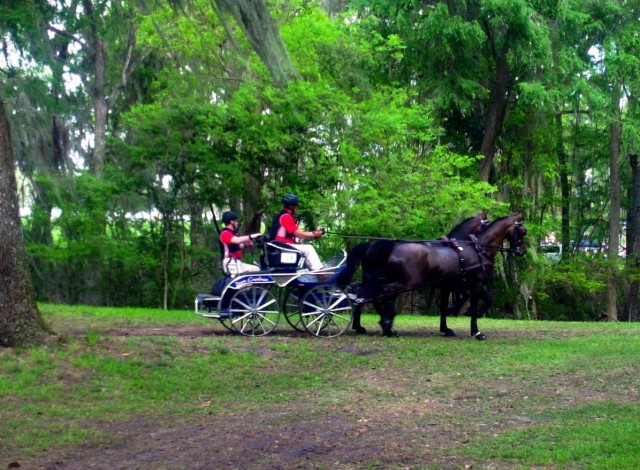 Saturday was marathon day at the Live Oak International combined driving event in Ocala, FL.  Hosted by the Weber family’s Live Oak Stud, the event is an awesome way to spend a weekend.  Several thousand spectators were in attendance to watch ponies and horses weave their way through a maze of obstacles as quickly and efficiently as possible. 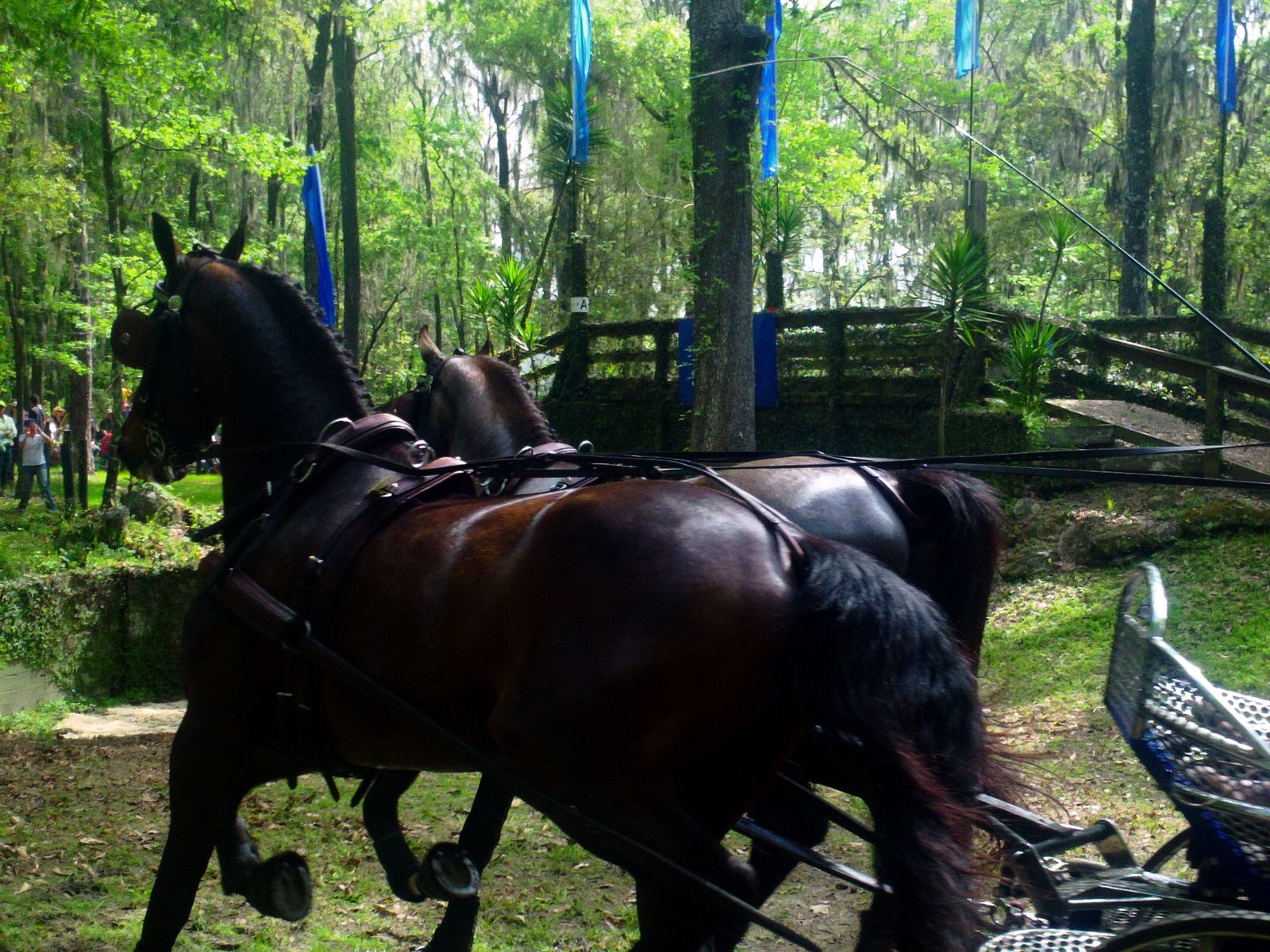 If you’ve never experienced combined driving in person, it’s a real rush.  You can’t help but marvel how a driver and his navigator work together with their team of horses; somehow everyone seems to go in the proper direction at the right time, with only inches to spare between wheels and wooden posts.  Some of the turns are so tight, with changes in terrain and footing, it takes a substantial amount of trust, communication, and experience between the drivers and their horses to be so successful.  The singles, especially the ponies, absolutely fly around the corners like barrel racers; the four-in-hand teams are a bit more methodical, but they are fitting FOUR horses in the same pathway as a single pony! 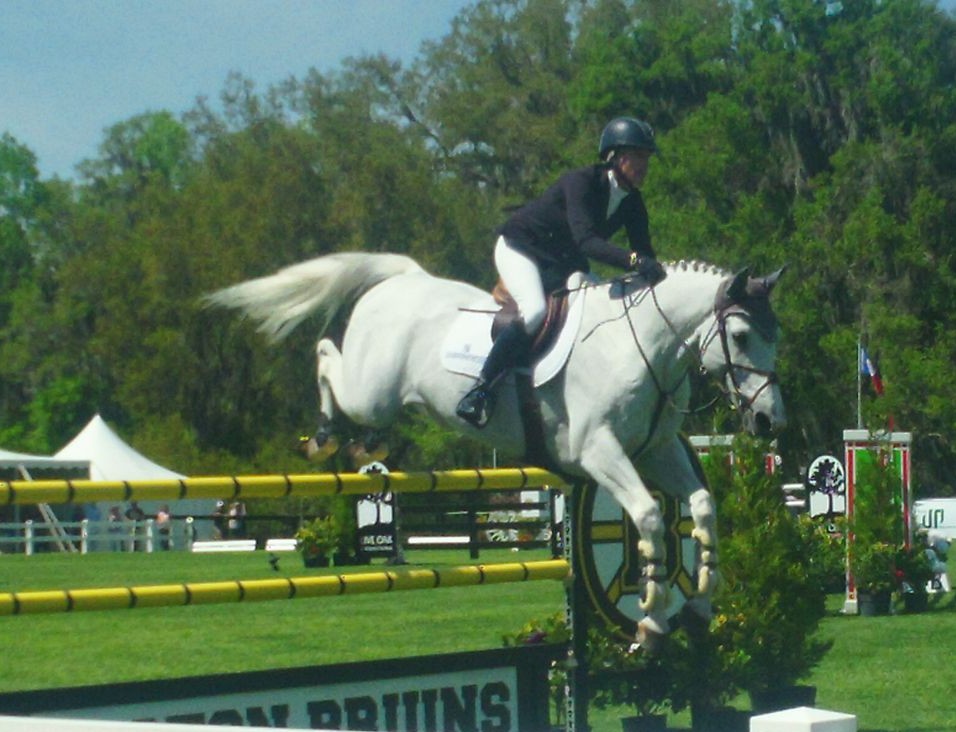 Besides the driving competition, Live Oak hosts a CSI** FEI show jumping event as well.  Those jumps are HUGE, by the way.  I wasn’t able to stay but for a few rounds, though the course was riding tough and competitors were lucky to escape with just four faults. 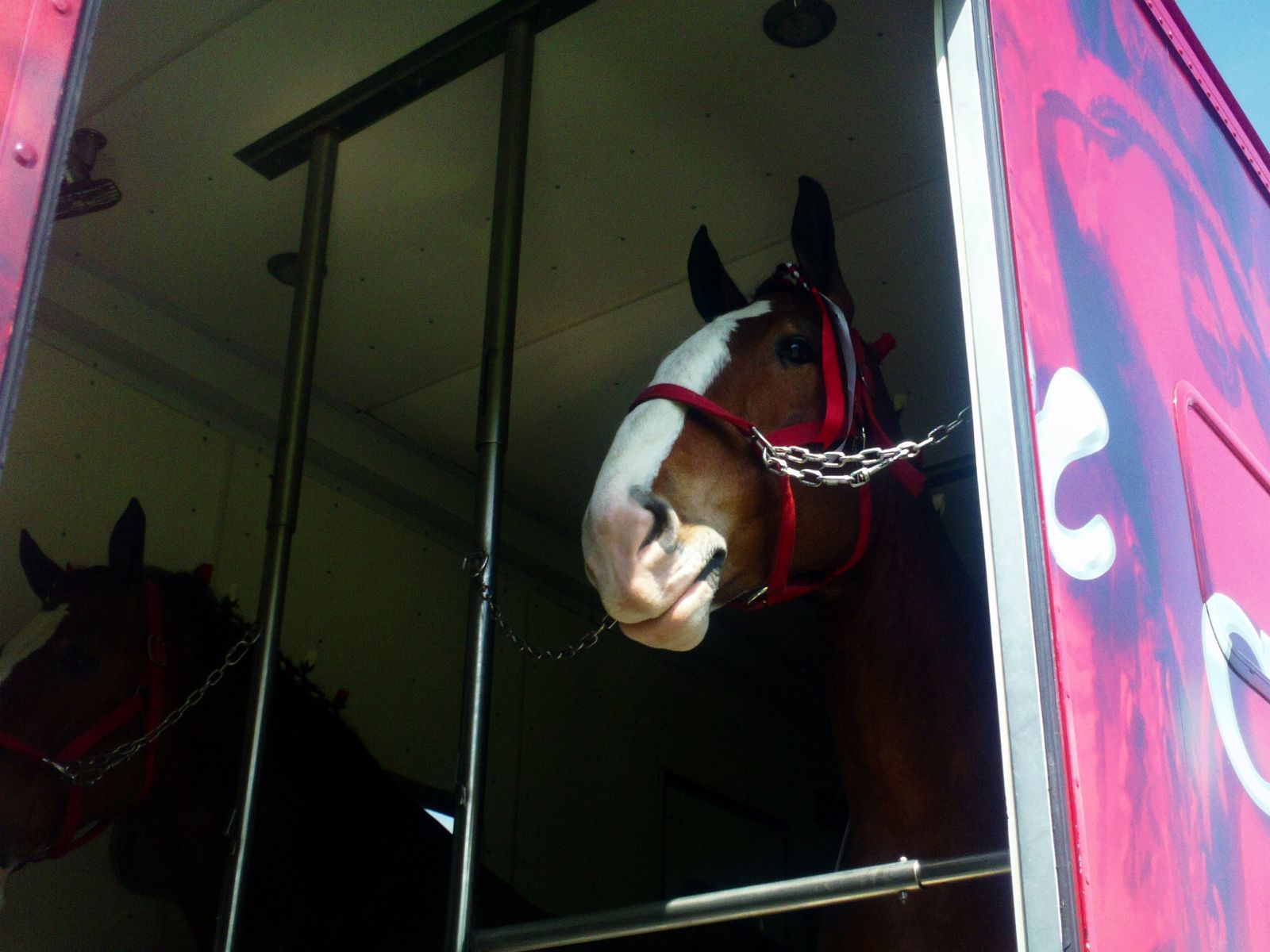 The highlight of the day for much of the audience was meeting the famous Budweiser Clydesdales.  Three big semi rigs parked in the middle of the field near the trade fair– two trucks carrying ten total horses, and one truck carrying equipment, the harness and the beer wagon.  The doors were opened on the trailers, and the Clydesdales patiently gazed out at the swarming crowd.  There was no rope, no fence, nothing but respect separating the public from the world-renown horses.  Iphones and cameras held high, everyone rushed in to get photos and memories to last a lifetime.  The Budweiser crew unloaded the wagon and began polishing brass… so much brass!  Eventually a team of eight was hitched to the wagon and paraded around the main show jumping arena.  You wouldn’t think Clydesdales should be such a big deal to average horse people…but seeing them all dressed up, heads high, brass shimmering, ground shaking when they trot by…it was very cool and something to remember! 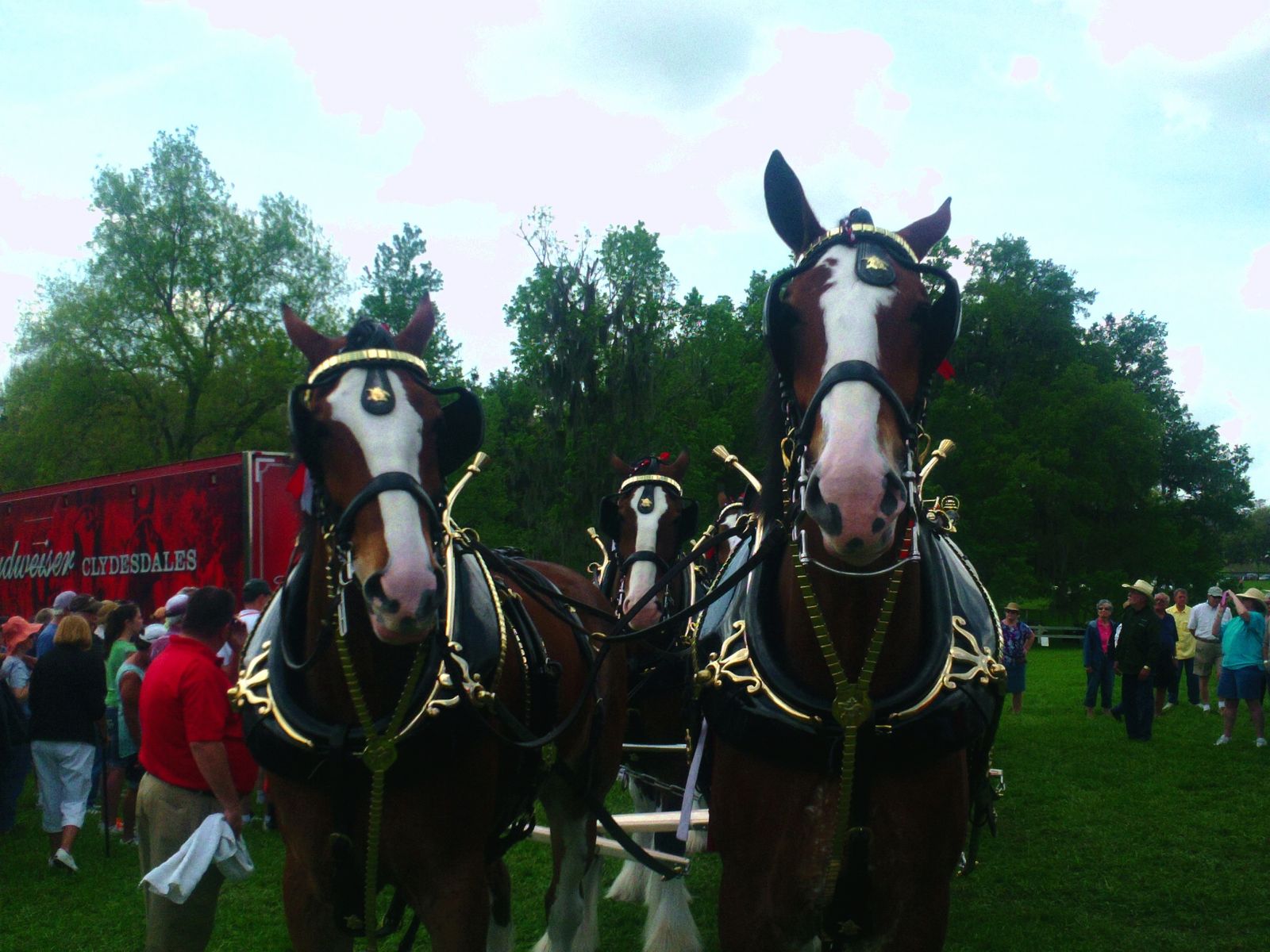