Wrapping up a very difficult year, we at Banixx felt it important to share this heartwarming article published in The Aiken Horse written by Publisher and Editor Pam Gleason. 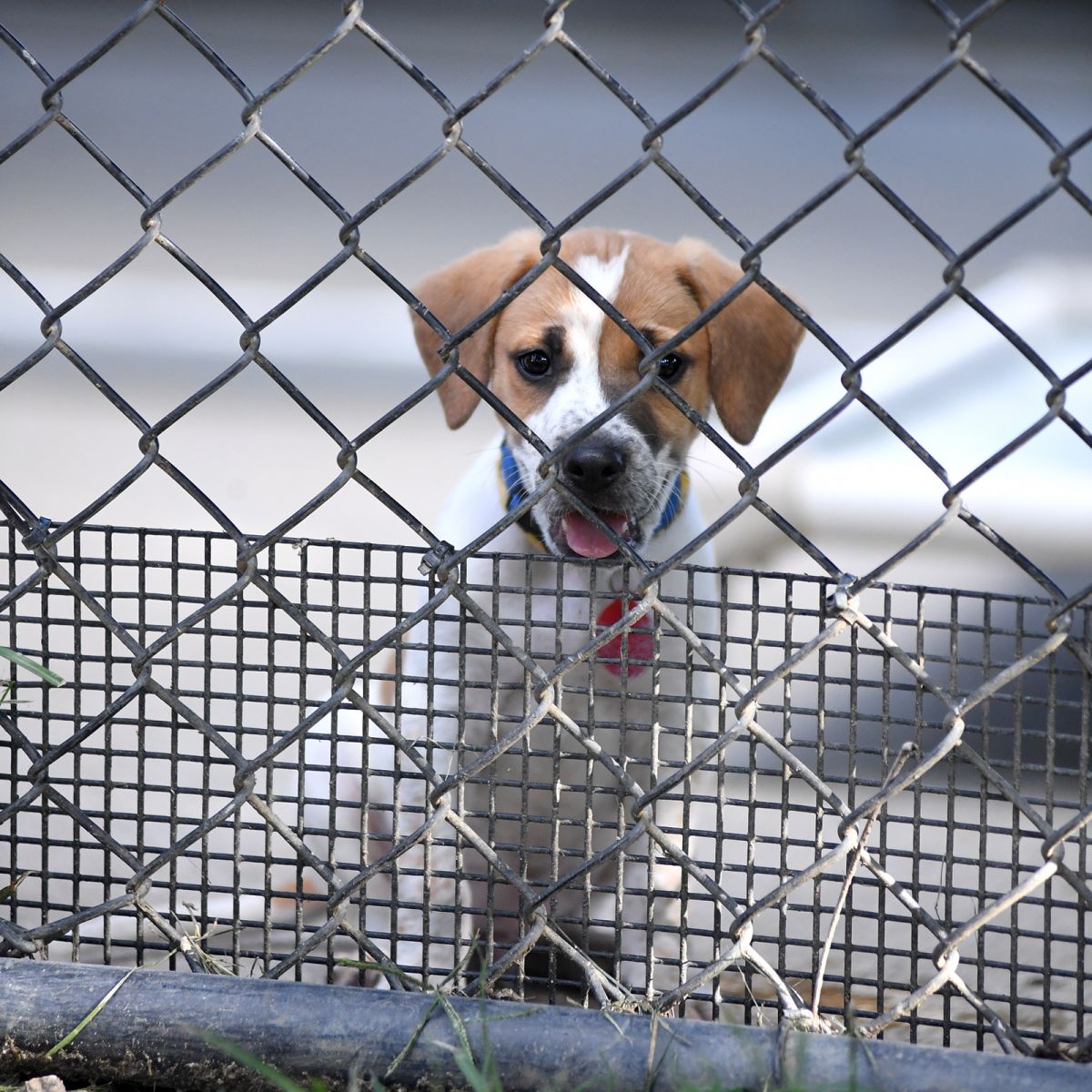 When the COVID-19 pandemic first struck America in March, people involved in dog rescue were worried. Businesses were closing, incomes disappeared and travel restrictions affected anyone who relied on interstate transports. Dog rescuers across the South anticipated more dogs in bad situations and fewer people available to help them. In recent years, South Carolina public shelters such as the Aiken County Animal Shelter have taken immense steps forward, finding homes for every adoptable dog. Would the pandemic erase all that progress? Was modern dog rescue going to be another casualty of the novel corona virus?

Aiken’s animal rescue organizations girded themselves for harder times ahead. The SPCA Albrecht Center for Animal Welfare, a private 501c3 organization, started limiting the number of animals they would accept. Friends of the Animal Shelter (FOTAS), which works with the Aiken County Animal Shelter, spread the word that they would need more people willing to foster animals, and for a longer time than usual. Because Aiken has a per capita animal intake of about twice the national average, FOTAS has relied heavily on an active animal transport operation to move animals to the Northeast for adoption. With transports halted, there was a real possibility that the shelter would be overwhelmed with homeless pets.

But then a surprising thing happened! First, people in the South responded to the impending crisis by offering to help needy animals. Second, demand for adoptable animals actually increased. This happened most dramatically in hard hit areas such as New York, where people found themselves stuck at home with free time on their hands. This forced them to pause their overly busy lives and assess what was important and what made them happy. More and more people realized that what would make them happy was a dog. 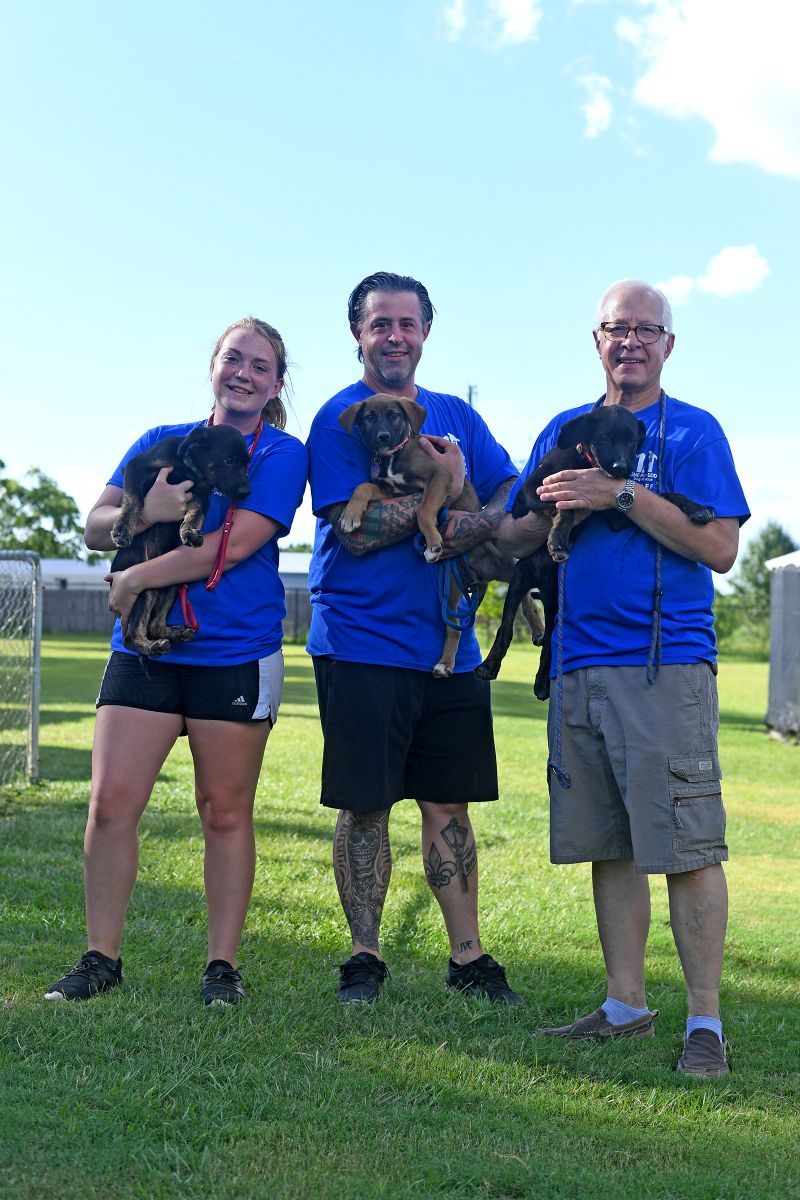 Shelters and rescue organizations quickly adopted out all their available animals. Foster applications increased. Many transports were halted, but some private groups in the Northeast could still make their own rescue trips to Southern shelters. And surprisingly, the massive new surge of homeless animals never happened. Yes, shelters in the South were full, but no more so than in a typical year. And in the Northeast, rescue dogs were an increasingly hot commodity.

“Demand is off the charts,” said Rich Errico, who is a board member of Home for Good Dog Rescue, a foster-based 501c3 headquartered in Berkeley Heights, NJ. “I’ve been asking people when they come, why did you decide to adopt now? And they often say, ‘Well we’ve been promising the kids that we would get a dog, but the situation hasn’t been good until now.’ We’ve never run out of dogs before, until these past few months.”

Rich says that this year Home for Good has adopted out about 50% more dogs per month than usual, and they have only been restricted by how many dogs they can logistically rescue. HFGD is in a better position than some other animal adoption agencies in their area because they have a base of operations in Aiken. They also have their own transport vehicles and do their own driving. A recent transport from Aiken sent 35 dogs and puppies North – 25 of those dogs already had approved adoption applications and “meet and greet” appointments set up before they left.

In the South, the demand for rescue dogs has also increased during the pandemic, at least in Aiken. Both the Albrecht SPCA Center and the Aiken County Animal Shelter said that adoptions have been surprisingly brisk.

“Adoptions have been great,” said Claire Roberson, Community Outreach Director at the SPCA Albrecht Center. “People have been home more so they have time to fully acclimate an animal to their house before returning to work. We’ve been very lucky that they have continued to support us and adopt even though it has been an uncertain time. We feel very blessed.”

Jennifer Miller, the president of FOTAS, says she is grateful for the community’s support, especially for the people who have stepped up to foster animals for the first time. Local adoptions have been good, and some new adoption procedures undertaken because of COVID restrictions have proven so successful they will probably become permanent, such as having adopters schedule appointments to see a dog. 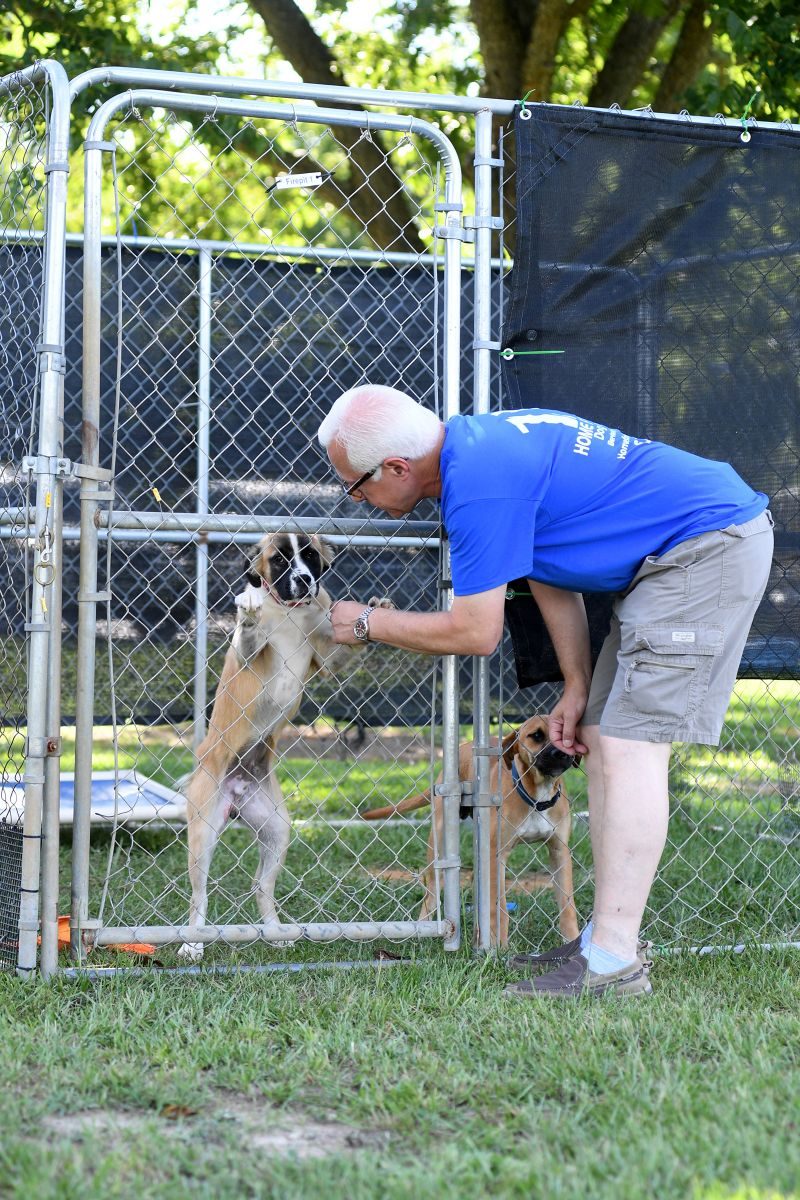 “You can still drop by without an appointment,” said Jennifer. “But if you have an appointment, you get more personalized attention and we can spend more time with you. It’s a better adoption process.”

Has anything good come out of the pandemic? For dogs, the answer is a qualified yes. During the lockdowns, dogs in homes could spend more time with their people. Rescue dogs have been welcomed into new families that have plenty of time to accustom them to a new life. People who fostered dogs for the first time have learned that it is not as difficult as they might have imagined.

In the end, despite the disruptions caused by COVID-19, there is no sign that the humane rescue movement, a movement committed to the idea that individual animals’ lives have meaning, is either stopping or slowing down. Across America, people are praying for the pandemic to be over so that they can go back to their regular lives. No one will go back exactly the same however. For the animals in our society, when we do get back to normal, life might be a somewhat better. At the very least, this difficult time has given many people the opportunity to truly appreciate dogs and how they can enrich our lives. It has allowed people to understand more about the rescue world and how they can be a part of it. And that new understanding might go a long way toward creating a more humane world.

Pam Gleason is the editor and publisher of The Aiken Horse newspaper (https://theaikenhorse.com) in Aiken, SC. A version of this article was first published in that paper and has been nominated for a Maxwell Award from the Dog Writers Association of America.

Brought to you by BANIXX – The #1 trusted solution for equine and pet owners! Learn more about Banixx 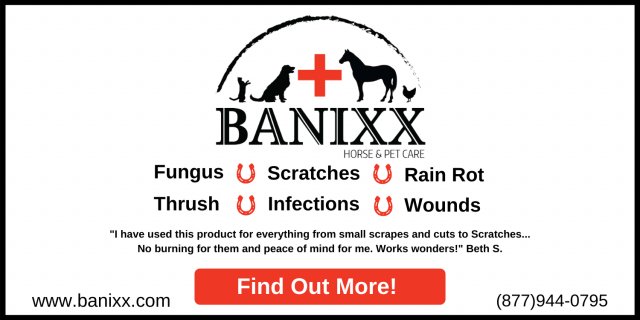