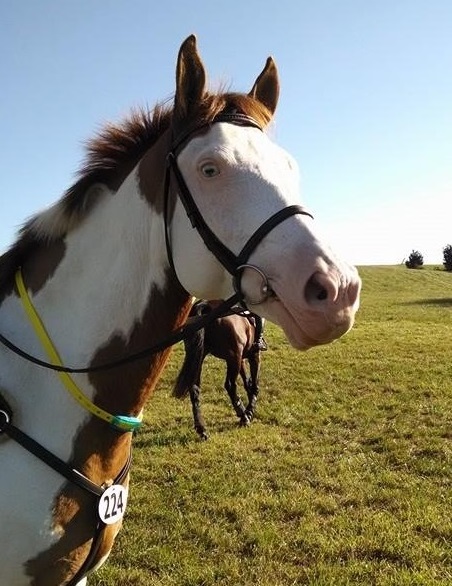 Sometimes, a simple twist of fate can turn a tragedy into a story with a happy ending. This is one of those tales. Korbin is a dun medicine hat Paint, who had a rotten start in life as a PMU foal.

Though initially terrified of humans, as a yearling he found a friend in Suzannah Cornue, who ended up rescuing him at a North Dakota meat auction. Suzannah, the owner of Destination Farm in Dickerson, MD, said that it took months to earn Korbin’s trust, and even simple, gentle actions like grooming or leading him were grounds for him panicking at first. Fortunately, Korbin gained confidence in himself and in his handlers, and began to show off.

“This little horse that I figured I would just be reselling as a Western pleasure type was jumping our pasture fences with his little knees tucked to his nose,” Suzannah recalls. “There was a day there was a home hunt that I was unable to join in on.

“Next thing I know, I’m getting a phone call that I need to come and collect my uncatchable horse because he had decided to go join in on the hunt!” By learning the joys of jumping and galloping around the countryside, the once-fearful gelding had found his true calling. 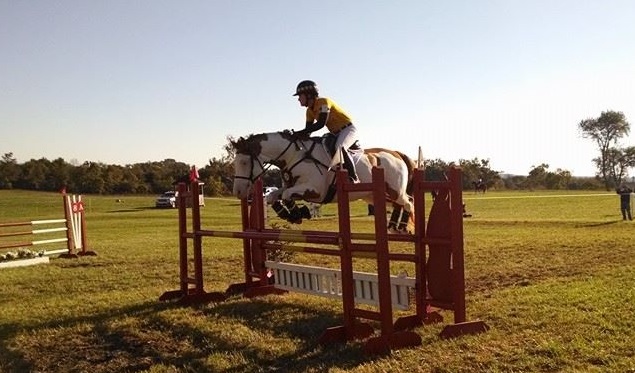 Suzannah attributes much of Korbin’s current confidence and versatility to foxhunting him as a youngster, and now as an 11-year-old he has completed his first CIC* at Morven Park, and finished 4th in the Preliminary class at Waredaca Horse Trials in October. Suzannah has her eyes set on a couple more CICs and CCIs in 2015, and “if all goes well, maybe even a move up to Intermediate!”

The pair’s move up the levels hasn’t been without its challenges. Korbin’s biggest hurdle is in the dressage ring due to his smaller size, standing at 15.2 hands high.

“His movement just can’t keep up with the big, floaty movers,” Suzannah explained. But his shorter stature can be advantageous, giving him agility and quickness that come in handy during sticky spots and tricky lines.

“Cross-country is where Korbin really grows his wings and shines,” Suzannah said. “When dressage and stadium are over, we both relax and know that the fun begins. Every time I get done with a cross-country course, I am just amazed at what he did.

“Between getting himself out of a sticky spot, covering distances that I never imagined he would, or saving my butt on many occasions… Like dropping my right rein through a tight spot during a coffin including a skinny as the last fence, and Korbin locking onto the fences, knowing his job and saying, ‘Mom, just hang on, I got this!'” 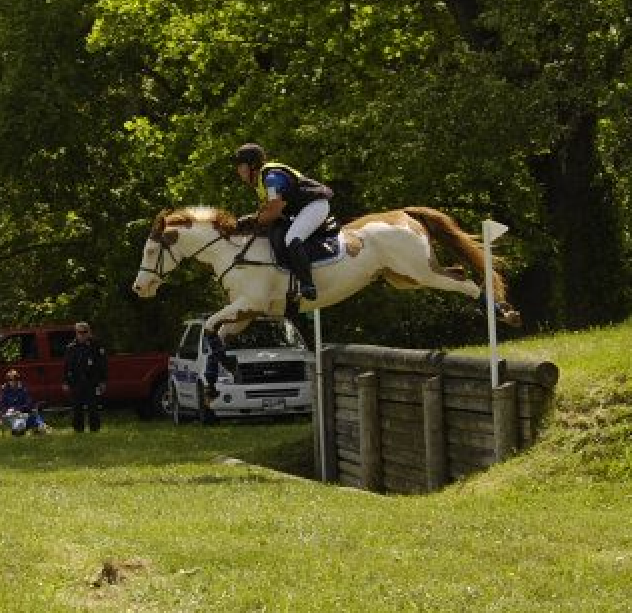 Suzannah and Korbin, blasting off. Photo by Chad Miller.

When this flashy gelding isn’t showing off at Prelim, he enjoys a second job as a seasoned packer for beginners… and as a sledjoring superstar!

“I have used him for a little bit of everything,” Suzannah said. “He is just a pleasure to be around, and always good for a laugh. I can put a kid on his back, he can teach someone to trot or canter, we hook up snow sleds behind him in the winter, and then turn around and compete.” 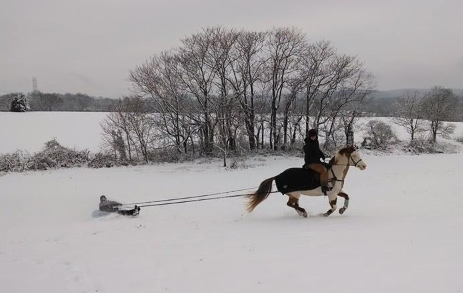 Galloping through a winter wonderland. Photo by Chad Miller.

With everything that Korbin has experienced in his 11 years of life, it’s no wonder that the team at Destination Farm continues to have big dreams for him.

“He’s a big horse in a little body, with all the heart and determination I could ever ask for,” Suzannah said.

Check out these videos of Suzannah and Korbin competing at Seneca Valley and Waredaca: