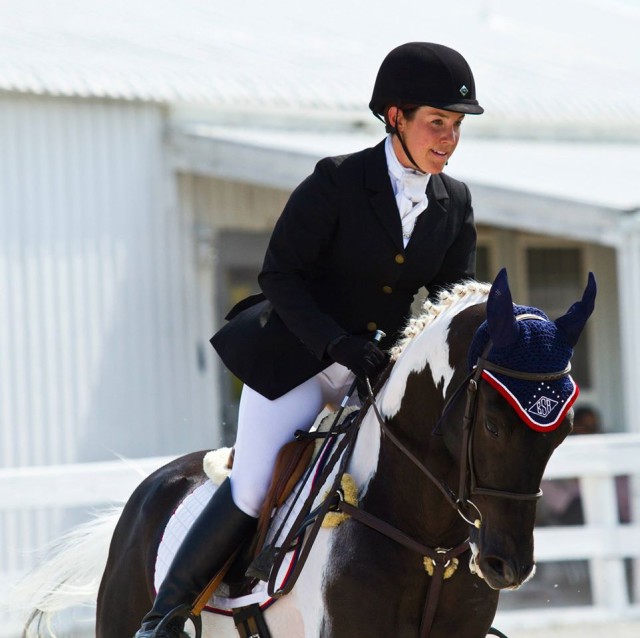 Nite of Fame and Brooke Schafer performing at the 2014 Secretariat Festival. Photo by Lindsay Hunter.

After trying several other careers with varying success, Nite of Fame the 12-year-old pinto American Saddlebred gelding has found his calling as an event horse.

Fame’s owners Lindsay Hunter and Brooke Schafer say that he wasn’t quite sure what type of horse he wanted to be for a large part of his early life. Purchased as a yearling to be a breeding stallion, Lindsay quickly discovered that although he was a beautiful and flashy pinto, he only produced solid-colored foals. After that, Fame was broke to ride but never shown or competed. He was offered for sale, but without any show experience and a low-set neck (which isn’t ideal for the typical American Saddlebred), Fame struggled to find his place in the show horse world.

At the age of 9, he was gelded and Lindsay began using him as a riding horse at her farm in Nicholasville, Kentucky. In 2013, Brooke decided to take Fame on as a project and after several months it was quite obvious that he had no desire to travel with his head and knees held high like the traditional Saddlebred. It was time for a new game plan. 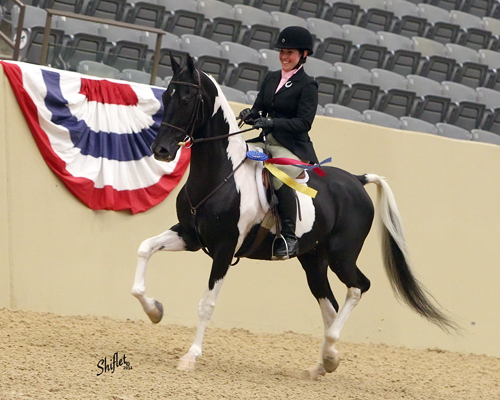 Brooke found out about a futurity featuring American Saddlebred hunt seat horses and decided to prepare Fame for the division. With only three weeks to prepare, she worked very hard to get him in shape to show. Lo and behold, Fame won the Bluegrass Futurity at the Kentucky Horse Park! It seemed as though he had found his calling.

After this milestone, Lindsay suggested to Brooke that Fame might enjoy some jumping. Brooke had been eventing for several years and decided to give it a try with Fame. The first exercise gave an immediate answer – on the lunge line, Fame jumped a small cross rail repeatedly with no guidance, clearing it with several feet to spare. 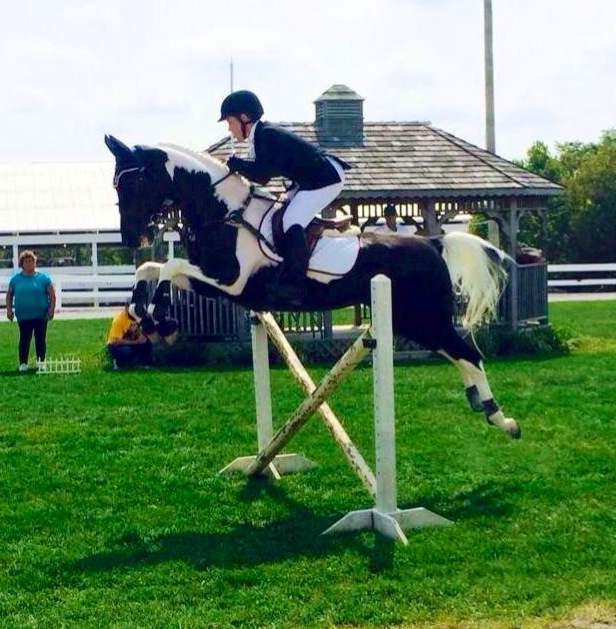 Nite of Fame jumping at the 2014 Secretariat Festival. Photo by Michelle Partridge.

From that point, Lindsay and Brooke decided to pursue a jumping career for Fame. Brooke began to work with her coach Allie Knowles and friend Julie Norman for advice on the best way to start and guide Fame to success. Fame began jumping in June of 2014, and by September he was a presenter in Paris, Kentucky’s Secretariat Festival, where he jumped in front of a large crowd to represent the versatility of the American Saddlebred. By December, he was named the 2014 American Saddlebred National High Point Jumper. 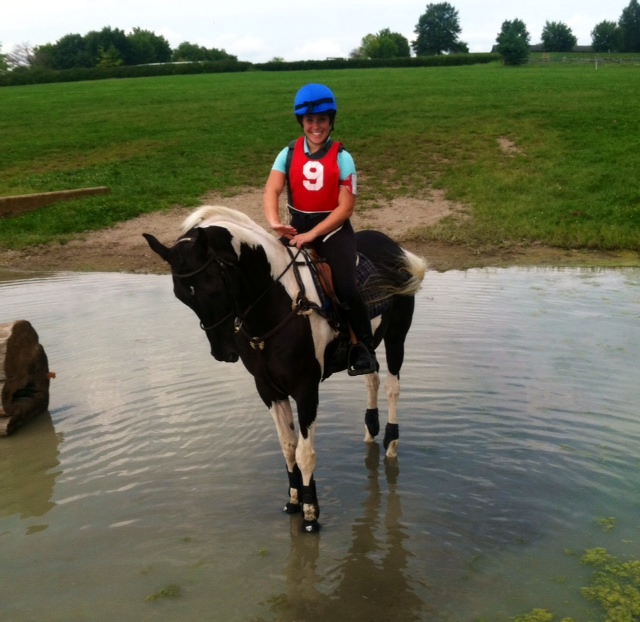 Fame schools cross-country at the Kentucky Horse Park in 2014. Photo by Ashley Mueller.

Lindsay and Brooke are excited about his future in eventing. Fame is entered in the Spring Bay Horse Trials in April, with many more plans for the future. He already has a very large following in the American Saddlebred community and is helping to raise awareness for the breed.  If you see him at an event, make sure to come up and say hello!