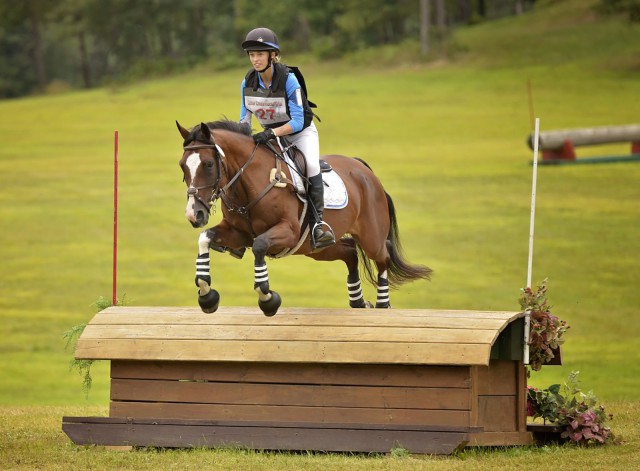 Sierra Summit, a bay Arabian/Appaloosa mare, is having a blast with her relatively new career as an eventer at 21 years young. Laura Robinson has owned Sierra for 16 years and says that this “15.2-hand dynamo” transformed from her pasture-puff trail partner to her daughter’s eventing superstar just two years ago. After she had her first child, Laura decided to sell her event horse with the intention of then buying a horse that didn’t need as much of her time.

“I was without a horse for one month, the only time in my entire life that I didn’t have a horse,” she explained. “It was terrible! I would drive through ‘horse country’ sobbing, looking at everyone else’s horses in the pastures. At home, I couldn’t stand to go in the barn and see it empty. My husband said, ‘JUST GO BUY A HORSE!’ That was the first, and likely last time he will ever say those words again.”

Shortly after that, Laura saw an ad at a local tack shop for a 5-year-old green-broke mare with a blaze, four socks and a large splash of white on her belly. “I ripped down the ad, called the owner and found she was at a farm about five miles from my house,” Laura said. “I rode Sierra once and brought her home.”

Because Laura’s role as a new mom left her with limited riding time, she started training Sierra with dressage and some jumping. They made the rounds to local schooling shows, hit the trails with friends, and took advantage of impromptu cross-country schooling over logs, water, and ditches that they encountered on the trails. 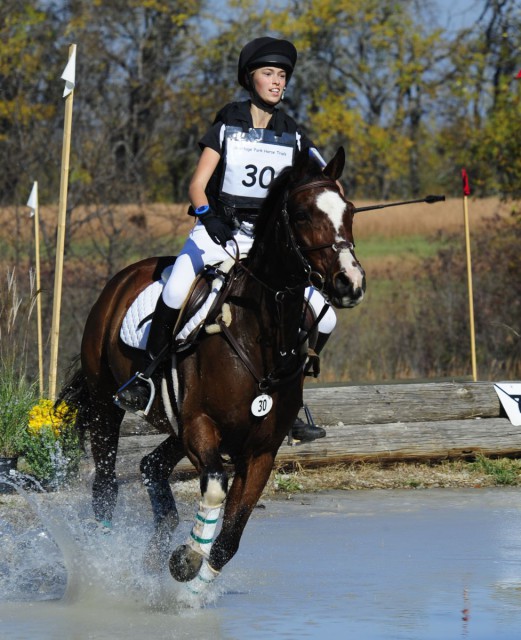 Sierra “had it pretty easy” until two years ago, when Laura’s daughter Lexi needed a horse to ride while her Thoroughbred eventer recuperated from some lameness issues. “No more flubbery pasture ornament lifestyle for Sierra — she had to get fit and ready to be a ‘real’ event horse,” Laura said.

Fortunately, Sierra eagerly tackled her new career, putting her agility and speed to good use. Laura explained, “When she is going cross-country she likes to attack the course and will over-jump everything just for fun.” Sierra and Lexi started competing at recognized events together in 2014, competing at Novice level at Richland Park Horse Trials and then moving up to Training level at Heritage Park Horse Trials two months later.

Sierra has never had a cross country jumping fault at any of her recognized shows,and has been in the ribbons at all but one show in the time that she and Lexi have teamed up. Laura says that while cross country is Sierra’s best phase, dressage can be a bigger challenge due to the mare’s smaller stature.

“Although she is a nice mover, there are a lot of fancier movers to compete against,” Laura said. “She is fairly small for an event horse, so making time at Training level has been something my daughter has worked on — and succeeded at their last horse trial.” Sierra is always anticipating what might be coming next and tries to figure out what is the fastest way to get from point A to point B.

To some, it may be hard to believe that this gutsy little mare is old enough to be considered a senior citizen. Then again, Sierra’s Arabian dam was doing 100-mile endurance races at 20 years old; it’s no wonder that the hardiness, athleticism, and longevity of her breed cross make her a bold competitor on cross-country.

As a bonus, Sierra is very surefooted and goes barefoot, lending credence to the reputation of strong Appaloosa hooves. When she’s not attacking cross country jumps with Lexi, Sierra keeps herself busy by doing what sassy horses do best: entertaining her humans with her attitude and antics.

A natural Houdini, Sierra will find ways to escape underneath any stall guard and is no stranger to “eating on the go” by snatching bites of grass every few steps on trail rides. “She also has a talent for flipping her head sassily if she is in the mood to argue with you,” Laura said. “‘Slow down, you say? Never!’ Insert head flip. Then there’s the ‘I’m starving to death! Where have you been, you’re five minutes late!’ head flip, and let’s not forget the ‘How dare that pony come near my food!’ head flip.” 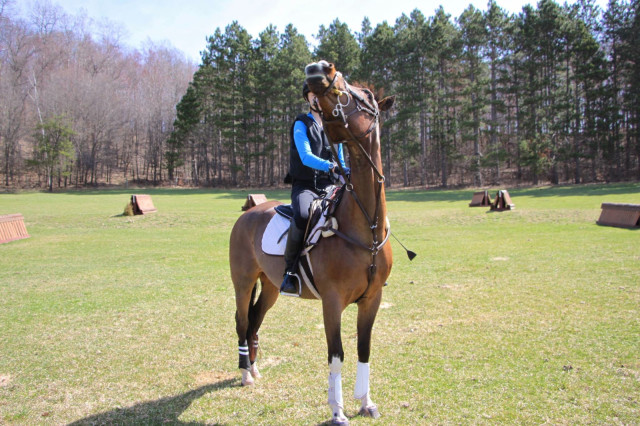 When asked about Laura’s future plans for her spunky little eventer, she said that things are currently up in the air. Now that it’s time for her daughter to look for a new prospect, Laura has listed Sierra for sale but is not afraid to say that she would also be happy if Sierra does not sell.

“She’s a very special horse and it would take a very special person to love and appreciate her the way we do,” Laura said. “If she stays with us, the plans would be to compete her next year and hopefully make it out to do the Training Three-Day at Rebecca Farm.”

Whatever the future holds for special mare, she will likely make the most of it with her typical spirit and sass. Kudos to Sierra Summit for being another shining example of a non-traditional eventer and to Laura for sharing her story.