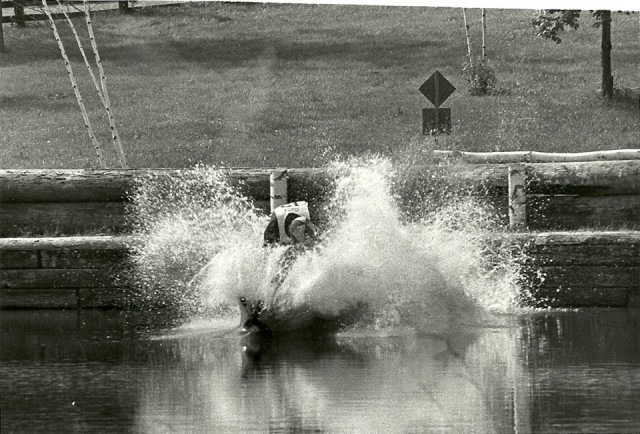 Those of you who follow Denny Emerson and Tamarack Hill Farm on Facebook are familiar with his weekly motivational speeches that preach the simple truth — this sport ain’t easy. Did you compete this weekend with less-than-stellar results? Feeling like you’ll never be able to accomplish your goals? Wondering if you should just give up? Read on.

When it all goes wrong — now what?

The definition of a pessimist is “an optimist with experience.”

The reality is that it goes wrong more than it goes right. Ask any baseball player. A great hitter makes three hits out of 10 tries. Failure is normal. Success is elusive.

It’s what someone does after failure more than any other single thing that will predict what happens over the long haul.

Many people have an amazing ability to be defeated. They can handle, perhaps, some disappointment, but knock them down enough times, and they are likely to stay down.

You know the saying that “she was a 20-year overnight success,” right? Because it takes 20 years in the horse world, not five, not 10.

So you fell off this weekend? You had six rails down in show jumping? You got eliminated on cross country? You basically sucked?

Big damn deal. That’s why they invented tomorrow. Whine, feel sorry for yourself, have your little pity party — we’ll give you about a day for this, two at the most, then get the hell back up, evaluate why you screwed up, and start to fix it for next time.

Repeat for enough years, and chances are you will get there.