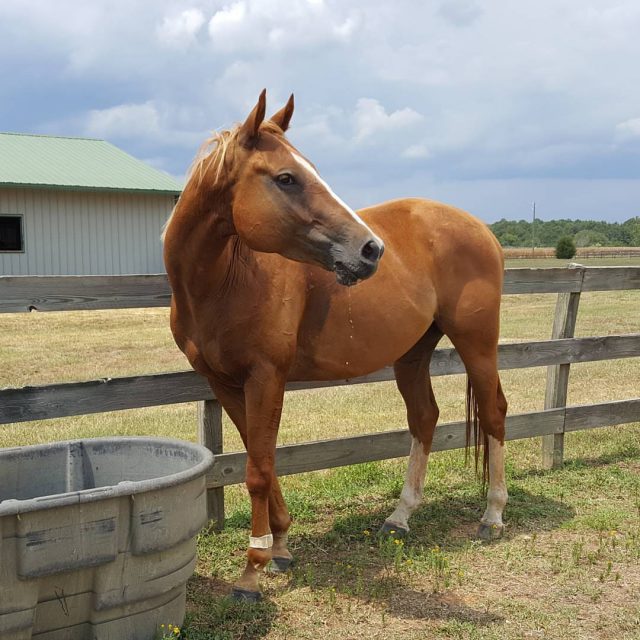 “Raggie” on the day he and Chloe met.

Hi, my name is Chloe Backus and I thought I would tell you a bit about myself. I was born with Achromatopsia, which is an eye disorder that prohibits me from seeing reds and greens, makes me extremely light sensitive, and in general I just can’t see. I thought it would be a great idea to try eventing!

It takes a special horse for me to team up with and call my own. I met this special guy at the South Carolina Thoroughbred Retirement Foundation in August of 2016. I would have to say it was love at first sight when I laid my eyes on this scrawny 4-year-old. Ragged Spec, aka Raggie, was the only one out of six horses in that pasture that came up to me and never left my side. I knew he was mine and I’m thankful I brought him home.

The rescue manager told me (as well as the paperwork) that Rags was an opinionated, extremely athletic and extremely curious guy. And that he was! The day I brought him home was the day he pulled a hairline fracture, and the next day was when he pulled an abscess in his eye. Talk about a sweet turn of events. I wasn’t prepared to just take him back as people told me to. When I first laid my eyes on this guy I knew he would be something extremely special. With this turn of events I was prepared to grab them by the reins and see through to his recovery. 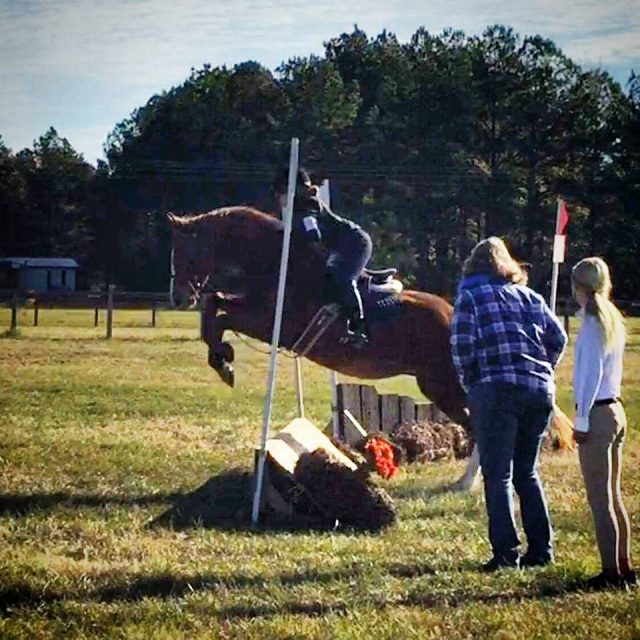 Within two sleepless and very long months Raggie was cleared for work and had a clean bill of health. Within those two months that gave me the time to truly get to know this horse before putting a saddle on him. He had his trust issues over the two months, but I slowly gained his trust.

In October of 2016 I started Raggie under saddle. He was your typical unbalanced 4-year-old who didn’t have the slightest idea where his feet were. In his mind, he had no clue what “balance” really was.

Come November I realized where Raggie’s heart was: cross country. What fun would it be for a person who has trouble seeing and a highly unexperienced horse, to do cross country? Fun, right? That day made me glad I kept him. That day made me thankful that I spent the hundreds of dollars on vet bills to be able to see the joy in this horse’s eyes when it is time to jump. That day I knew he was going to be the perfect horse to take me all the way. Not because he’s a “good jumper” or “loves his job” but because of the honesty he shows when doing his work.

He can see the things I can’t and for that takes great care of me. He is persistent when doing his job and tries his heart out, and I couldn’t think of any other horse I would do this sport with or call a lifelong friend. 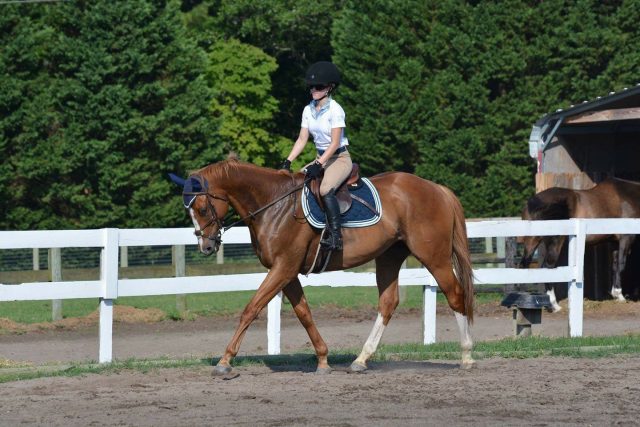 Now that I’ve told you a bit about my partner in crime, let me tell you a bit more about myself.

Dressage itself is pretty easy for me. I am very good at remembering patterns and placements. Since I can’t see the letters I remember the pattern itself or simply A is on the side I enter, C is on the opposite side of A, and there are three letters on both sides of the long slide of the arena…piece of cake. However sometimes the shadows come to play on the letters so sometimes I can’t see them. It depends on where the sun is at in the sky, or the type of dirt and color of the letters. 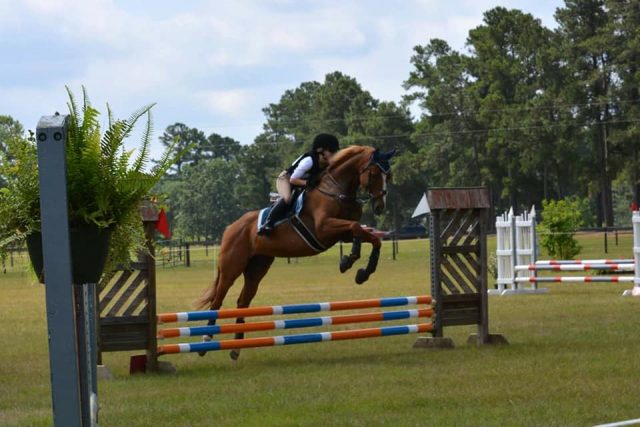 Stadium is fun to learn after walking it a million times or looking at the course sheet! It takes me a while to learn a stadium course if the jumps are sprawled out with various turns and broken lines. Since I can’t see the number on the jumps I go based on what I see. Meaning if it’s the darkest jump in the arena, and that jump is one, then number one shall be named “dark jump”. If jump two is surrounded by other jumps I go based on my surroundings. For example, if jump five and eight are on the outside of jump two, then jump two will be named “the middle jump”.

It’s probably more complicated than it sounds on paper, but this type of technique has come to really help me. It also helps when you have a horse who will jump things willingly, so I only have to worry about speed and where we are both going.

Cross country gets a little interesting. I sometimes can’t see where the jump is until the last minute. Sometimes that happens due to the different shadings on the ground from the trees, the coloring on the jumps, or how the sun is hitting the jump. Luckily Raggie usually locks on to it. I always look for landmarks around the jump, whether it be a tree, a tent, a car, or another jump. It also helps to just walk the cross-country course multiple times. 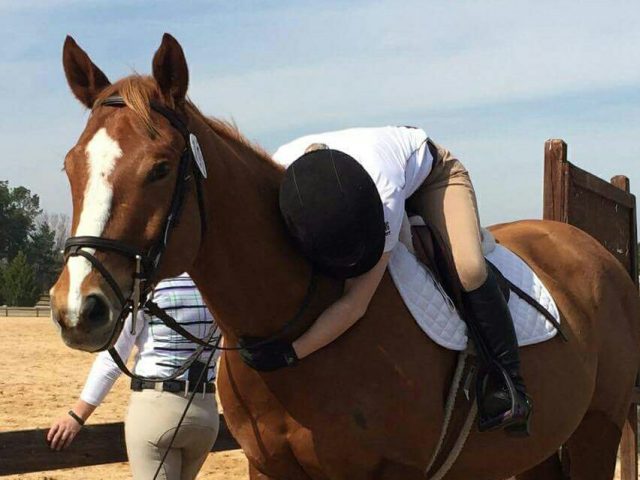 With me telling you all this and how I event, please remember I am doing all this on a newly 5-year-old Thoroughbred, who just learned the meaning of life back in October of 2016. A horse who literally isn’t afraid of anything, a horse who is able to take such good care of me undersaddle, as I do for him on the ground. I knew he was something when I first saw him, and for that am grateful I brought him home.

We are coming up on a year together in August of this year and he already shows so much potential for just one year of training! I’m excited to see where the many more years takes us.