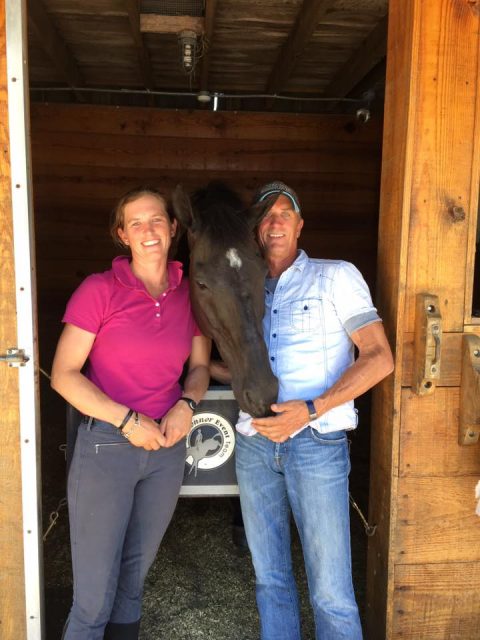 I find myself as a father and spectator watching Elisa Wallace and Simply Priceless tackle their fifth four-star together and their third Kentucky. Each one of these competitions brings a range of emotions and at each one of the four-star competitions, I send out my thoughts about my daughter’s journey with an amazing animal fondly known as Johnny.

Since 2015, Johnny and Elisa have had very high highs and some very low lows. Their record for four-stars speaks for themselves — 2015 Kentucky, 17th place; 2016 Kentucky, eighth place; 2016 Burghley, 14th place. All of these are highlights of her and Johnny’s career. The eighth-place finish at Kentucky was good enough to name them alternates for the 2016 Rio Olympics — a great accomplishment for what always seems to be the underdog of our sport.

Elisa has never been phased by being an underdog; it typically creates more focus and determination. Her amazing partner Johnny, just recently, has been called “ancient,” “old,” and “close to retirement.” I always scratch my head at those comments. This Australian Thoroughbred was born in November 2001 which makes him 16 but, in the USA, because we push the age on January 1, Johnny aged one year in a 2-month period. So, to all reading this — HE IS 16 and by all measures at the top of his game. All onlookers seeing him marvel at how youthful he is looking. Thus, I call him, Benjamin Button.

This run marks Elisa and Johnny’s first four-star run since the 2017 Badminton. A lot was learned at that event. It was a long journey, and not to mention a painful one for Elisa. She is one of the greatest horsewomen I know. She can look at Johnny and know exactly how he is feeling. She can scan his legs and body and see if something isn’t right. It was this one time in England, on a course that I would call the hardest course of their career, that Elisa missed signs which would cause her great grief and disappointment in herself but has made her an even better horsewoman. 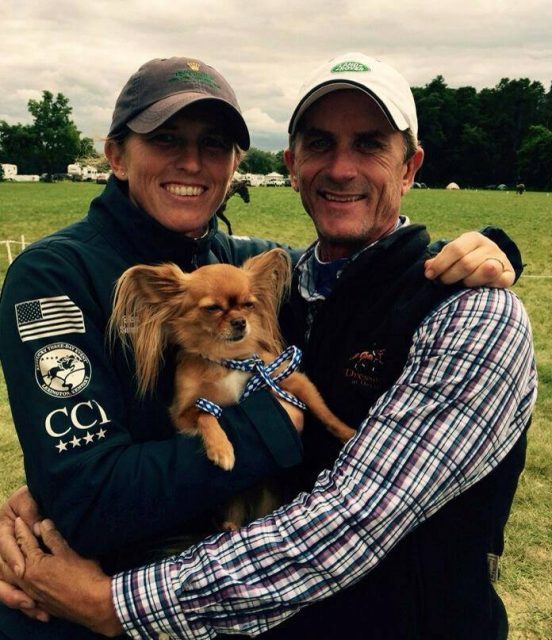 Upon their return to the states, Elisa enlisted the best specialist to go over Johnny, make determinations on his health, and make decisions of his ability to continue in this sport. Elisa of course, used this to learn even more about Johnny on things she couldn’t see on the outside. Over the course of the last year, Johnny has excelled in his health and well-being and has been given the green light to continue his journey with Elisa to their fifth four-star.

Elisa and Johnny had a successful run at the Ocala Jockey Club in November 2017, placing eighth in the CIC3*, and in 2018 were third in the Advanced at Rocking Horse and had a solid run in the CIC3* at Carolina International at the end of March. She competed him in the Advanced combined test at Ocala International this last weekend and spent the week after training with Karen O’Connor in preparation for leaving for Kentucky today.

So here I sit, writing about their fifth four-star together, and I am extremely excited to see them step out on Friday in the dressage, Saturday on the cross country and see them finish up strong the show jump on Sunday. I hope all will follow her and Johnny on social media. I will be the one in the background crying no doubt.

Good luck, my dear daughter, and to Johnny, continue your amazing grit and determination as you always do …

Love you both – DAD

Special thanks to The Simply Priceless Syndicate owners: Steve and Vicki Sukup, Kim and Larry Loveless, and Jon and Susan Day.