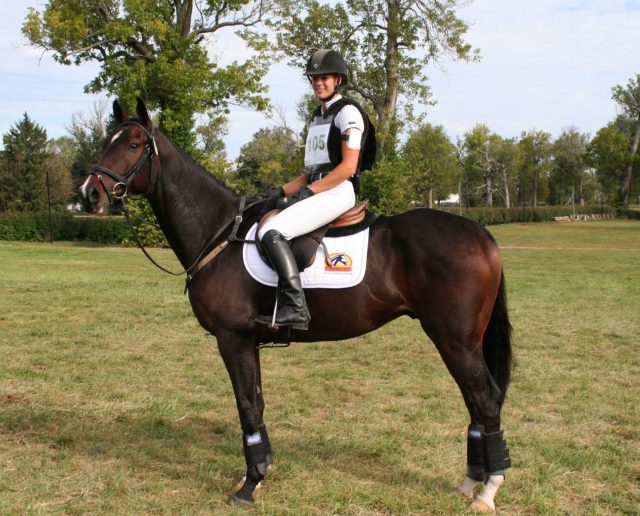 A girl and her horse walk the rail, horse mildly spooks, girl calmly looks him in the face, tells him he’s OK, and gently asks him to go back to his place. He re-assumes his position by her side and they continue on their seemingly leisurely walk. It’s a scene that’s replayed a million times, except that this girl is 2017 Thoroughbred Makeover Eventing Champion Allison Thompson, her horse is Cactus Willie, the arena is the Kentucky Horse Park, and the walk is while they await the vote for “America’s Most Wanted Thoroughbred.”

Sitting in the stands with the Cactus Willie entourage, I caught this quiet moment between a girl and her horse. It signified to me how we all came to be in this place, cheering on this inspiring pair. 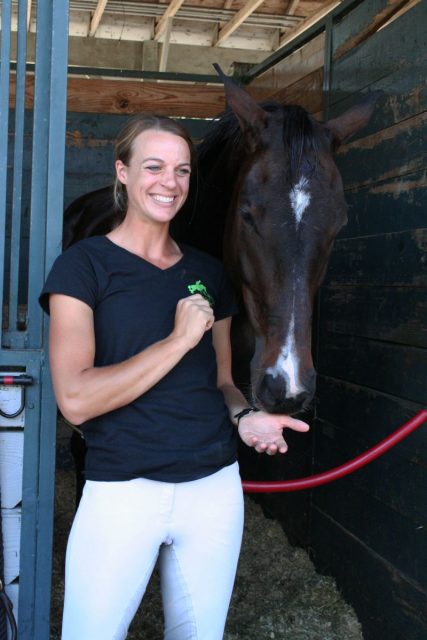 When I met I Cactus Willie (aka CW or “C-Dub” as I like to call him) at Allison’s farm back in the spring, he was a beautiful boy — as athletic and intelligent as he was sweet and snuggly. He had loads of potential, but didn’t quite know where his feet were yet. Having seen Allison compete, train and mentor, I had no doubt that she’d be able to turn this handsome greenie into a real contender. As the months went on they made swift progress by taking their time, never rushing past any one skill just to check a box. With only a handful of competition under their belts, they were already running Beginner Novice, even winning the Kentucky Classique in September.

During the Makeover competition Cactus Willie was cool and mostly collected, belying his young age. Competing in Dressage as a second discipline, there was some serious commotion going on outside of the ring during their test when a horse expressed his objections for several minutes, dumped his rider, took off and appeared to have gotten hit by a car (both horse and rider were OK). People were yelling and running; meanwhile Allison and CW managed completed their test with some composure and still placed 16th out of 78. 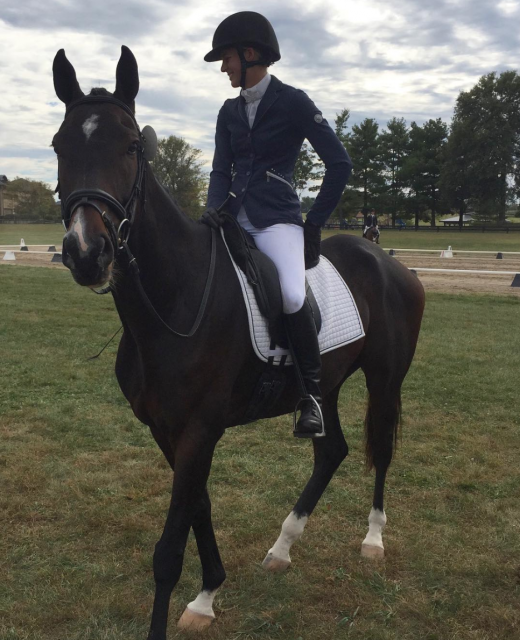 Friday for their Eventing competition CW was an absolute rockstar, earning compliments from the judges for both his technical skills and his happy demeanor. At the end of the day, with scores of 76.32 (dressage), 77 (show jumping) and 86 (cross country) for a total of 239.32, they led the discipline by 12 points. By the time the Saturday finale scores were tallied they walked away as Eventing Champions in a massive field of over some 100 entries, having widened the gap by 20 points.

Last year while watching the Makeover, I said to Allison, “You could totally win this,” and I was only partially kidding. While I can’t say I’m surprised, the whole big-damn-deal-ness of it is still kind of a surreal fog that hasn’t quite lifted yet. On Thursday evening, we walked the cross country field and she randomly looked down and found a four-leaf clover. Now given that I had spent many childhood hours searching for this allusive omen to no avail, I would have had the darn thing pressed and mounted. Allison, on the other hand, decided when we got to the last jump to put in in between the boards, wishing all the next day’s riders a good run. 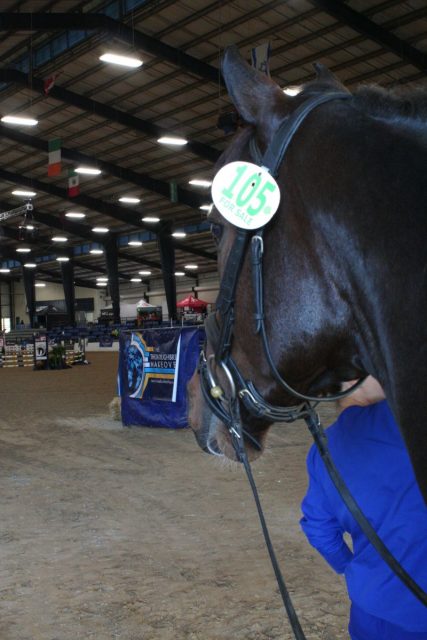 Cactus Willie checking out the course. Photo by Stephanie Griffiths.

There will be plenty of articles forthcoming, I’m sure, heralding Allison and CW’s win at the Makeover and future accomplishments. When EN asked me to do a write-up from the Makeover, I accepted the chance to share a somewhat “behind the scenes” view of the kind of person Allison really is, why I am proud to call her a friend and why you should care enough to follow her up and coming career. Myself being new to horses, I told her she had do the Makeover so that me and my New York City girl desk-job-havin’-self could live vicariously through her. So far she’s done a bang-up job.

Not to get all melodramatic on you, but I realize as I sit in my hotel, preparing for the long drive back tomorrow, it feels a bit like graduation. Not mine obviously — I didn’t do the work, but that’s the only thing I can compare it to, that feeling of an important phase having definitively past. That said, I’ll close with the wisest of commencement words for Allison and CW, given to me at my own: “Oh the places you’ll go.” 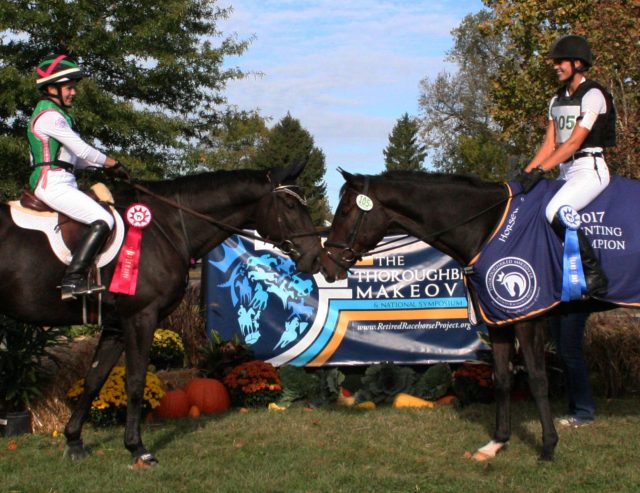 “The Allisons” (Allison Thompson and Alison Wilaby”), who finished 1st and 2nd in Eventing; Alison W. also won Dressage. Alison W. didn’t have “people” to give her a hand for the first two days of competition, so the Thompson crew took her under their wing. The two riders stuck together during the competition, and onto the scoreboard! Congrats to both. Photo by Stephanie Griffiths.

Stephanie is an adult amateur/weekend warrior who works her grown-up Project Management job in Manhattan while daydreaming about  maybe someday over-the-rainbow eventing with her 13-year-old OTTB Lucas. Keep up with her adventures on Instagram here.