Schramm Equestrian super groom and head honcho Stephanie Simpson penned this touching tribute to Manny and Dana Diemer's Cold Harbor, Dom Schramm's upper-level mount that was recently retired after a battle with EPM. Be sure to read to the end for a special note from Dana. Many thanks to Steph for writing, and the entire EN team wishes "Bo" a very happy retirement. 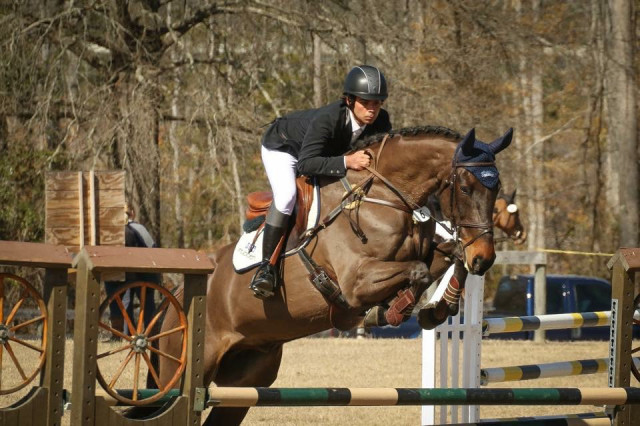 Anyone that follows upper level eventing has undoubtedly heard of the legend that is Cold Harbor. Most recently “Bo” had been piloted by Dom Schramm, where I was lucky enough to meet him. To Bo I was the food lady, the personal scratcher, the keeper of the mints and his personal escort to anywhere that was worth going. However, to me Bo was a milestone horse.

Before coming to Schramm Equestrian, Bo was ridden by Dana and Manny Diemer’s son Andrew, who produced him to the National Intermediate and FEI one-star level before Holly Hepp Hudspeth took over the ride. Bo sustained a hind suspensory injury in the spring of 2010 and was out for the rest of the season. Boyd Martin then took over the reins when Bo returned, as Holly was pregnant, and brought Bo up through the Advanced level in 2012. 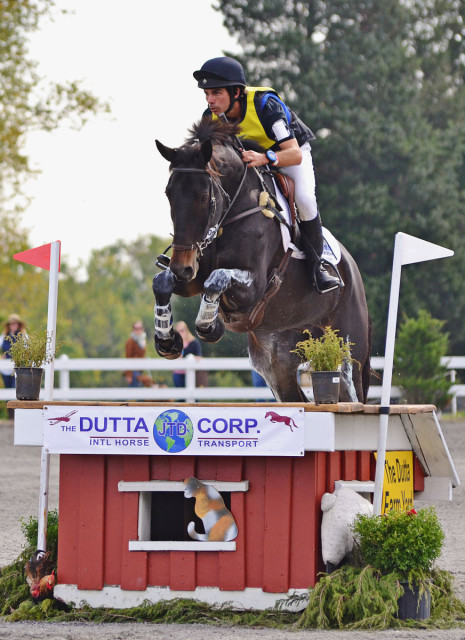 In 2013 Dana made the decision to send Bo to Dom per Boyd’s recommendation. To say Bo was a straightforward ride would be nothing short of a lie. Being a Canadian Sport Horse, he has Friesian influence in his breeding, which made his canter four-beat. As it turns out dressage judges aren’t fans of four-beat canters.

Although Bo wasn’t one to dazzle judges in the sand box, you could count on him to make light work of the cross country. It was not uncommon for him to trot Intermediate tables with no regard for the heart failure instilled in everyone watching. But that’s Bo.

It became apparent in the summer of 2014 that Bo wasn’t feeling himself. After a rather elaborate evaluation, it was discovered that Bo was battling EPM and was immediately put on an aggressive treatment plan. He began work again in the fall and returned to competition last winter in Aiken.

However, after a handful of events it was decided that Bo should be retired. Though no fault of his own, Bo’s body was letting him down and was making it very hard to continue eventing. Everyone agreed that although his heart was still in it, we owed it to him to retire him while he was still sound and healthy. Bo has completed 72 USEA recognized events, 11 of which were at the FEI level and included two CIC3*. He won or placed at every level with five different riders. 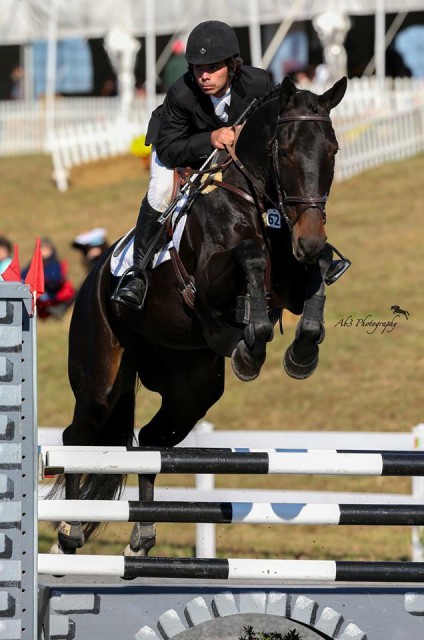 Knowing that Bo’s eventing career is over is incredibly sad, but should also be a very proud point for everyone involved. I know that Dana and Manny are incredibly proud of all that Bo has done not only for them as owners, but also for Dom as a rider.

I believe that Bo’s passion is a direct reflection of Dana’s and her dismissal of all the negativity and naysayers that have criticized him over the years. We always joke that had Bo been born a Thoroughbred, he would have been a proper four-star horse. The sad part is that it’s incredibly true. You would be hard-pressed to find a horse that has a bigger heart.

So Bo, I hope that you enjoy this new chapter. I hope you take joy in the fact that I will never force you to let me brush your face again, I will never have to clip your ears, I will never hose you after being ridden (although the water was never as cold as you made it out to be), but most importantly I will always be your biggest fan.

From Dana Diemer: “A few thanks for a wonderful career have to go out to Doug Dean who bred Bo, John Williams and Ellen Chaney who brought Bo into our view, Andrew Diemer who got everything started, Marc Donovan who helped in the early years, Lynn Doki Camina who taught Bo to count to three while cantering, and most especially to Dom and Jimmie Schramm and Steph Simpson. Bo holds court every day with the driving ponies across the fence line, Steph. I’d like to think he is telling them about all of his adventures going to places with you worth going.” 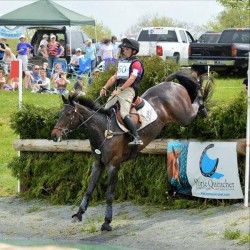 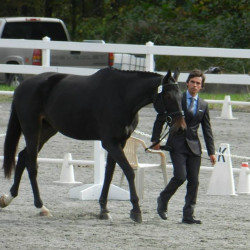 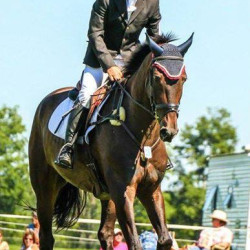 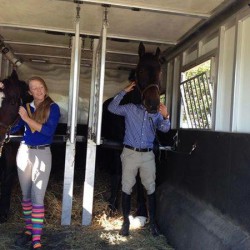 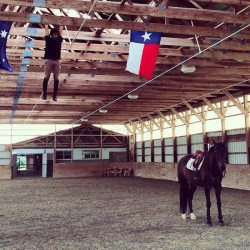 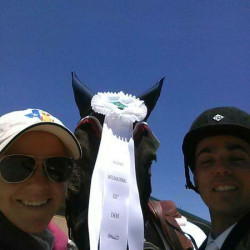