Wembley, the 17-year-old KWPN gelding owned by Kevin and Gretchen Baumgardner and campaigned in recent years by Tamie Smith, will retire this year after a successful upper level career that included a top-15 finish at Kentucky in 2018. A much loved member of the Next Level Eventing team, Wembley was certainly deserving of his own retirement tribute. Tamie Smith was kind enough to allow us to publish her tribute to Wembley here on EN: 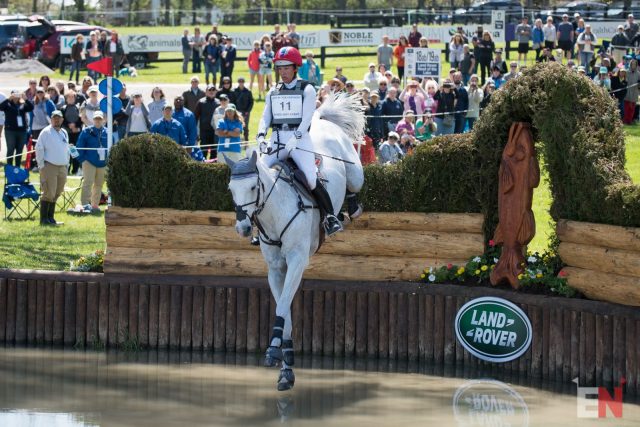 Wembley……a pretty perfect name for a horse of his presence. He definitely has the presence of Wembley Stadium and if you ever had the privilege of grooming, bathing or putting his bridle on, his head is about as tall.

Wembley managed to get himself more nicknames than any horse I have had in my life. Snowflake, affectionately named by Alex Franklin. White Lighting was one, fainting goat, Wembles, and white giraffe were the most used. But he was our real life unicorn and we have a story for each one.

Many horses have lifelong careers at the top level. Wembley had fewer years at the top but they were some of the most impactful ones of my career.

If you knew this boy, you were perplexed. Seeing me try and clip his ears or actually anything “he” decided he didn’t want you to do, was usually eventful and the list was long. It was a mutual compromise only he and I managed to agree to disagree. If he didn’t like the way a stall looked, it could take you well over a hour to get him in. He had a move that earned him the nickname “fainting goat” because if he didn’t like a turn or the way the trailer moved he would stiffen his entire body and fall over. Wembles overall demeanor was grumpy on the outside, but a very stoic and intelligently calculating sweetheart on the inside.

I remember when we first saw him in England at Tim Price’s farm, his mane was a bit long, parts missing from where it wouldn’t grow and he didn’t have a bridle path. His overall look was a bit rough. He had been just put out for the winter in a field. But when the tack went on and you watched the spider leggy, Icabad Crane looking animal move you were in awe of his power.

Tim & I jokingly laughed as we watched Kevin get mildly taken for a ride when he schooled him cross country for the first time. It quickly became a desperate cry out to Kevin, are you ok? Is he taking off on you? With a sort of joking laugh.

At that time I never imagined Wembley would be the horse that gave me wings to gallop around Kentucky with a national Top 10 finish. 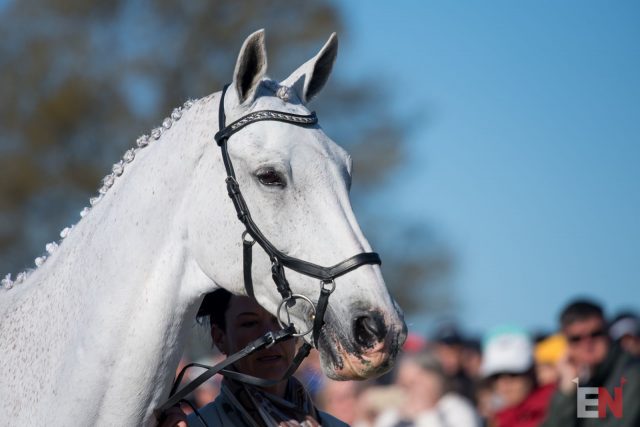 But that was him. He was full of surprises. As a young horse he was an awkward and fairly weak horse. I was told from the people that had him when he was a jumper that they were pleasantly surprised he was able to stay sound at the top level of eventing. Ironically, he was probably one of the soundest horses I’ve had in my barn.

As the years went on, watching Kevin and Wembley was incredible. Kevin has an amazing ability and still does, of staying completely out of the horses way, and Wembley had quick feet and power to spare to jump any fence he ever needed to as a event horse. His scope is like no other horse I have felt and his gallop was equally as impressive. It was so much fun not only riding but watching he and Kevin tackle some big tracks.

Some horses make an impression on you because of a specific thing, but Wembley had too many things. The more we did for him, the more he demanded. He became the most high maintenance horse in the barn very quickly after he was promoted to the A Team.

He was a horse that made you think outside the box. He wanted to do his job, more than anything and it showed. But he also smacked you in the head and ran out at a jump the second you thought something was easy. You had to ride him like you were riding for your life to get a clean round. Too often because it was so easy for him, he lulled you into thinking it was right there……and just like that it wasn’t. Frustrating at times but teaching us so many lessons. 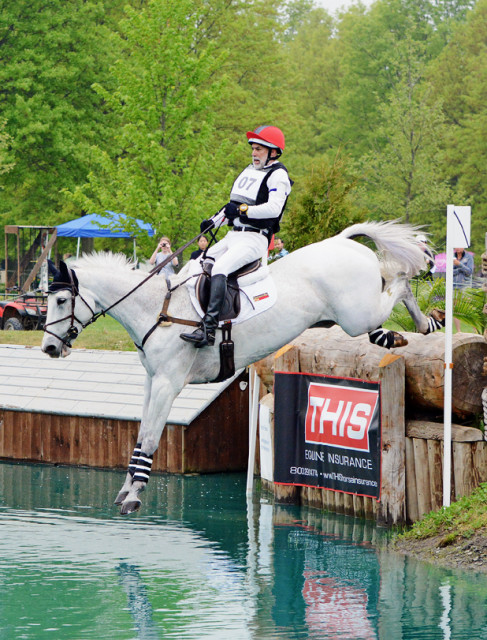 I’ve never ridden a horse that had a neck as long as his. I remember telling Kevin while warming him up for the 3* at Plantation Field, just let go, keep riding forward. I’m pretty sure Kevin was ready to tie the reins around my neck and choke me with them, but he managed to do it and scored the lowest dressage score he had. The funny thing is I felt the same frustration with my dressage trainer Niki when she would say the same thing. If it feels bad, just remember it looks great. Lol

When you decide a horse needs to retire typically it is because they are lame or just very old. Wembley isn’t that old yet, and he’s sound, but Kevin and Gretchen have decided that Wembley proved more than he needed to and how better to retire a horse than when they are sound and happy. At 17 years old he won’t be galloping around 5* tracks and with Kevin very busy with his career it only made sense to let white lightening live out his years with the perfect soul mate “Jewels”

I periodically look across the property and see the giant white giraffe and his cute pony galloping in their field. I can’t help but think it’s too bad he just can’t teach someone else the ropes, but then I’m reminded how he spun Kevin off in the dressage their first competition together. 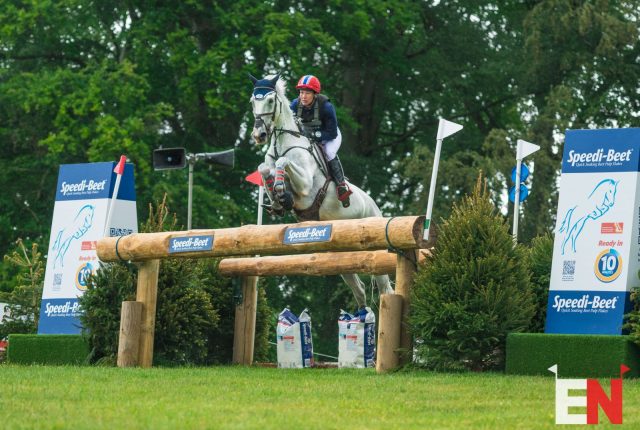 Wembles taught both Kevin and I so much. He achieved things that most didn’t think were possible, and he continues to be the King in his and our world.

This tribute is to all of the horses that help make our dreams come true. Help teach us how majestic and amazing creatures they are, show us how to have the biggest hearts and humble us just when we think we have it figured out.

Thank you Wembley…….thank you for taking such great care of K BAUM, taking me threw those finish flags at Kentucky, for tormenting every person who ever had to bathe you or take care of you. Thank you for teaching us all to never say never and if you believe you can then you can, and for our amazing matching Unicorn tattoos that we will forever have with us!

Cheers to you Wembley!