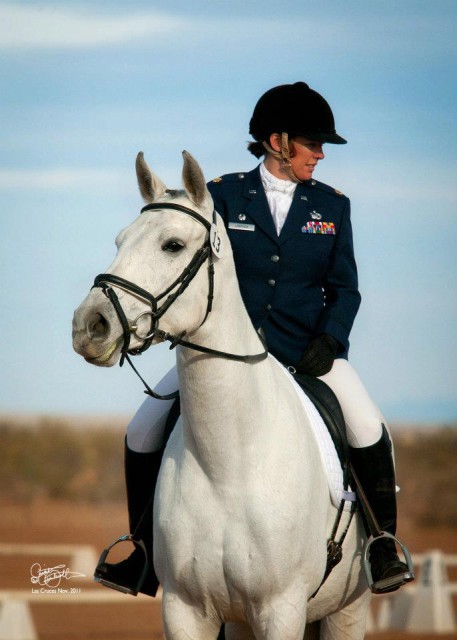 As two women, both officers serving with the United States Air Force, set out on a trail ride in Maryland this weekend, they took a moment to reflect on how the Trakehner horses they were riding have come full circle to their roots.

“It’s ironic,” Lt. Col. Laurie Lanpher said, “that Trakehners were first bred to be cavalry horses, and Erin and I both compete our Trakehners in the sport of eventing, which is based on the earliest military testing the breed went through in East Prussia.”

Lanpher is a Financial Management Officer now assigned as a Congressional Budget and Appropriations Liaison in Washington, D.C. Maj. Erin Root, an Air Force Academy graduate and Airfield Operations Officer, is now Chief of Plans for the 514th Air Mobility Operations Squadron in New Jersey. She was Lanpher’s companion on the weekend ride.

“I adore Trakehners,” Erin said, “and actually got my first mare while serving in Germany. We competed through Second Level dressage and Novice eventing. I imported her when I moved back to the States, and now she is the dam of my awesome 2014 colt by Tatendrang.” 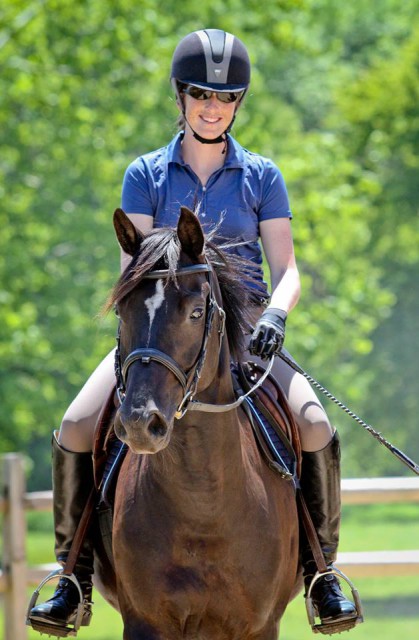 Laurie also finds time to breed her mares. Her “first-born,” a 2011 filly by Apache, was named Reserve Champion at the American Trakehner Association mare inspection held in October.

The two agree it’s sometimes hard to balance the demands of military service with taking care of horses — they each have six — and breeding, too. They agree they’re both lucky to have supportive husbands.

Erin added, “Since I am now in the reserves, I have something of an advantage in the ability to plan my competition schedule around my monthly and annual duty days. My unit is on a quick deployment response status, but if there is a ‘drop down’ deployment, my husband will step in; plus, I have an amazing farm sitter.”

Laurie events in uniform for the dressage and show jumping phases and sports the Air Force logo on her saddle pad. She said she agonized over whether she’d be able to find somewhere she could keep her horses with her when she got her assignment to the Capitol region and was thrilled to find a place with land and stalls in Maryland. She noted there are quite a few other military members in the relatively small American Trakehner Association. 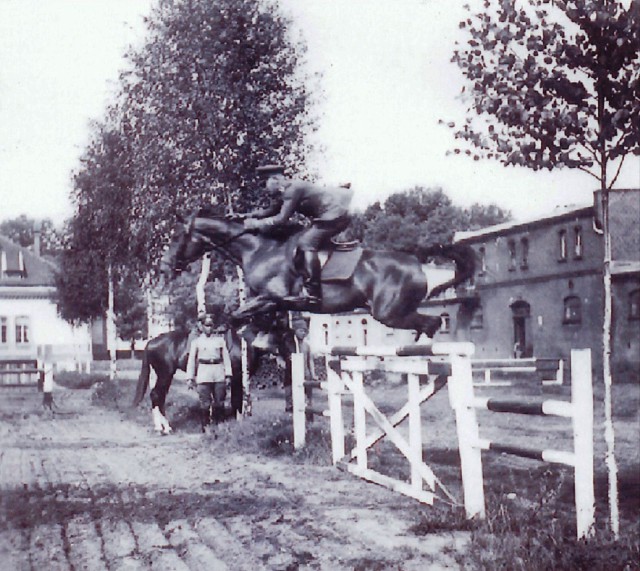 Oscar Engelhardt, a cavalry officer, at the Trakehnen Main Stud in East Prussia in 1936. Photo courtesy of Engelhardt Family Archives.

“We have ATA members who are retired senior officers and veterans who served with the U.S. and British armed forces. It seems like we have that military connection with our horses. They had such a heroic history — you know they went into battle against Napoleon’s forces at Waterloo, right? You can almost feel that warrior spirit in them. They never give up.

“Trakehner numbers are around one-tenth of the other warmblood breed populations,” Laurie went on, “and yet the first and second place Preliminary horses on the 2014 USEA leaderboard are Trakehners, and the second place Intermediate horse is a Trakehner. I see more and more of us competing.”

Erin concluded, “My dream is to compete at the Advanced level on a horse that I bred and trained myself — and I believe my Trakehners will get me there.”

Happy Veteran’s Day to all eventers, riders and their horses — we salute you!