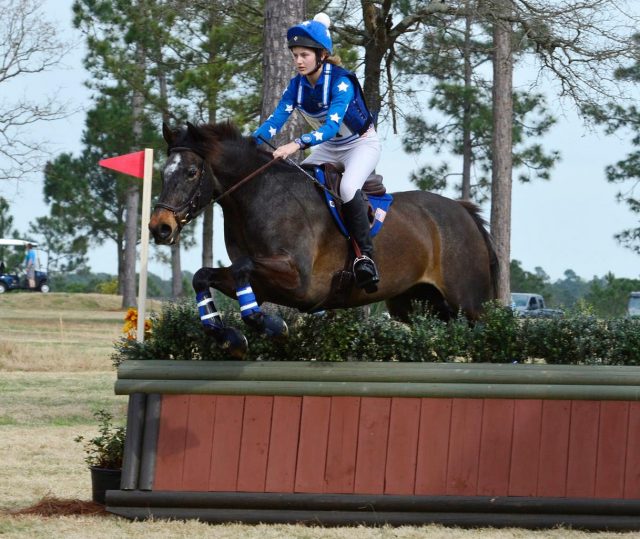 At the start of 2021, US Equestrian announced the Adequan®/USEF Eventing Youth Team Challenge, a new competition series designed to build off of the North American Youth Challenge concept in a way that better fits the needs of young eventing athletes and the USEF Eventing Pathway program. In March, the YTC made its debut at Stable View Horse Trials in Aiken, S.C., where seven Areas were represented in CCI1*, CCI2*-S and CCI3*-S competition.

The most notable change from the NAYC model is that previously there was a single competition for the entire continent at a standalone event, while the YTC offers multiple opportunities for youth eventing athletes to take part in the team competition. Currently, there are five short-format YTC competitions on the schedule for 2021, with more expected to be approved. The series will culminate in two long-format finals in November, one in Tryon, N.C., and one in Temecula, Calif.

“The opportunity to have more athletes participate is huge,” said Chris Donovan, Area II Young Rider Coordinator. “The participants that went to Stable View don’t have to be the only ones to compete in July [at the Maryland International CCI]. I could have the same group or a completely different set; there’s no limit. I expect that in July I’ll have full teams, and even that alone is a whole lot more people who are able to participate compared to the NAYC format.”

Melanie Loschiavo, the Young Rider Coordinator for Area I, agreed.

“The great part of this program is that each Area can field up to two teams and two individuals at each level,” said Loschiavo. “We don’t have to leave out any riders who want to be on a team. We anticipate having enough spots for anyone who is qualified and safe and demonstrates a commitment to competing on a team.”

Each leg of the YTC can offer three levels of competition:

“I love the direction it’s going in that 25-year-olds can compete in the CCI3*,” she said. “It takes a lot of that pressure off; they don’t feel rushed. That evolution is going to take a little time to matriculate, but it is incredibly valuable in slowing down the rush to move up the levels.

“We have had riders that washed out at 18 or 20 because they’re not ready to go Intermediate yet,” Donovan added. “Being able to get there at 21 really takes a lot of that pressure off. They can go to high school, they can go to college, and they can still come out and compete as youth riders. As a result, I think more riders will stay in the program longer. This is a sport you can do in your 60s, and the thinking that you’re all washed up at 21 has gone away now. We’re going to keep them engaged and that’s going to make for better teams and better riders.”

Both Donovan and Loschiavo point out that having the YTC competitions run within the framework of existing events offers the youth athletes more flexibility in balancing their schedules.

“Each of our team members was quite organized, experienced at competing, and involved in their own working student programs,” said Loschiavo. “Two trucked in each day and left after their competition rides to work for their trainer. The other two stabled at the competition and had working student responsibilities with their trainers’ horses. All of our riders are well-coached with their own coaches. In the future, our Area would like to put together team coaching to give the athletes the experience of working in that new situation. But we did appreciate the leeway to do either right now.”

“Before, Area Coordinators did a lot of organizing hotels and flights and meals and those kinds of logistics,” said Donovan. “Now the athletes do that themselves, so we’re more involved in communication, sharing information, and selecting the team that we think is going to bring home the most medals. For NAYC, we would actually do the entries for them. Now they do the entries themselves.”

Donovan added that this dynamic changes the way team members are selected.

“We’re looking at who has entered and choosing a team from that as opposed to deciding who should enter,” she said. “They enter, and then we decide who of the entries is on the team, not the other way around.”

For athletes who are interested in participating, Donovan advises looking at the YTC schedule as a first step, and arranging your competition calendar accordingly.

“Enter events where Youth Team Challenges are being held, and be proactive in reaching out to the coordinators and selectors so that we get to know who you are,” she said. “That can help influence team selection so that we’re not just basing it off of statistics. You don’t want to be choosing teams off statistics alone; you want to be choosing teams based on what people’s goals and aspirations are.”

Loschiavo encourages any youth eventing athletes or coaches who are interested in the program to take the first steps to get involved.

“Team competition gives you that extra piece of development, managing the pressure of having the team outcome be dependent on your performance,” she said. “You experience the thrill of camaraderie and doing something larger as a group, and even of figuring out how to represent yourself in the spotlight and as a role model for other young riders. It’s an experience that promotes growth in so many areas—coaches need to know how valuable it will be for their students. I’m so excited that we can give all of these benefits to so many more athletes because of the way this new program is set up.”