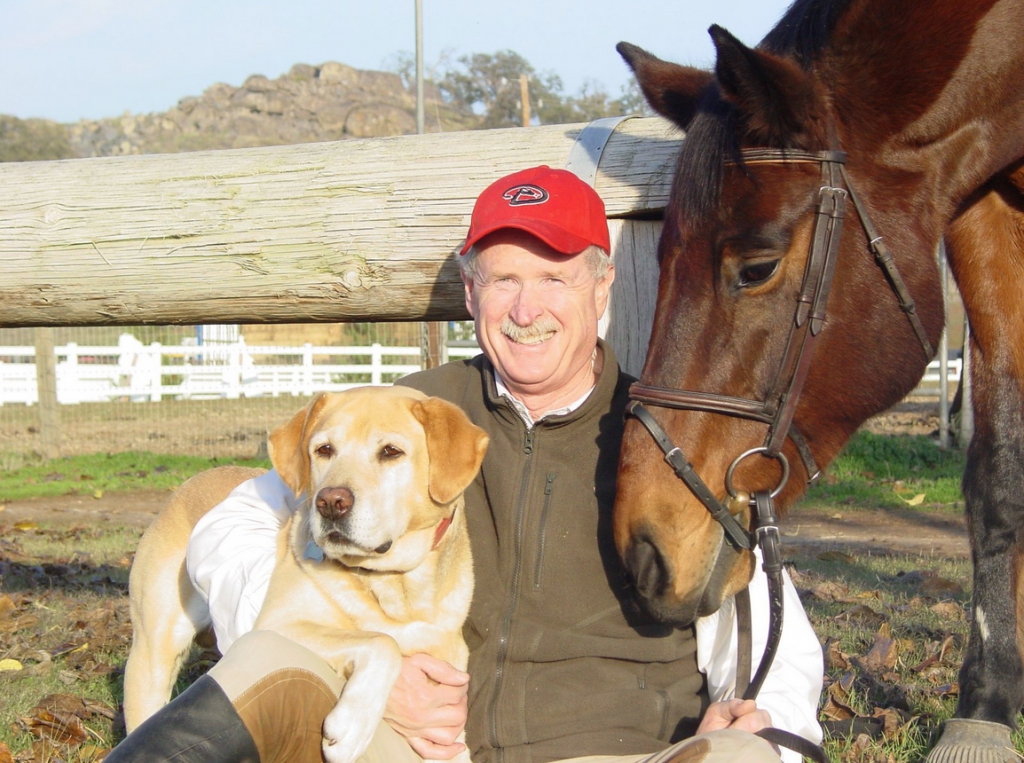 All hail John Marshall, the savior of Ram Tap, which is now Fresno County Horse Park.

John Marshall, a commercial real estate broker and novice level eventer, has stepped in to save Ram Tap. John, 61, recently purchased all the jumps and other equipment on the property from Bill Burton to prevent the facility from shutting down. While the name Ram Tap is still retiring, events will continue running under the new name Fresno County Horse Park. “I was hearing stories that Bill was going to sell it,” John said. “I started eventing five years ago and felt like I had found something that I really enjoy doing. I was so lucky to have Ram Tap right next to where I live and I didn’t want to see it close.”

Initially, John looked to form a group of investors to buy the jumps and other equipment, but he ran out of time to secure the funding and ended up footing the bill on his own. He’s already made a sizable deposit to Bill and will pay the remainder of the balance at the beginning of December. “We’re excited about continuing on with events at Fresno County Horse Park,” John said. “Our plan is to improve the experience for competitors and spectators, because we want more people to come watch the events here. We want to make the shows more exciting and more visible to provide the best competition possible for the riders.”

A big part of improving the competition for both spectators and riders will be introducing an Intermediate division in late 2013 or early 2014. In recent years, Ram Tap has only offered divisions through Preliminary. “The Area 6 council asked us to try to run levels through Advanced, which was done in the past at Ram Tap,” John said. “There’s no timeline for running Advanced yet, but we have made the commitment to do it. This is an opportunity for us to help the Area 6 riders.” The first combined test of the year under the new Fresno County Horse Park name will be held Jan. 26-27, with horse trials scheduled for Feb. 16-17 and April 26-28.

Megan McGee will join Fresno County Horse Park as its executive director. An FEI- and USEF-licensed official, she formerly served as head coach of the South Dakota State University Equestrian Team and will be relocating back to Southern California as soon as possible to start her new position. Megan has managed numerous equestrian events in the past, including playing a management role in the 1984 and 1996 Olympic Games. She also served as a steward for the 2005, 2007 and 2009 World Cup Dressage and as the FEI Chief Dressage Steward at the 2008 North American Young Riders Championship.

While the Ram Tap jumps and equipment have been saved, there’s still some uncertainty about the future of the 140-acre property, which has always been leased from the Fresno Metropolitan Flood Control District. A new ponding basin to control flooding in Fresno County is planned for the western edge of the property, where the barns currently stand. If the ponding basin is installed, the barns will need to be relocated. “If we have to move the barns, then we’ll move the barns,” John said. “We have a contingency plan to take care of that if it happens. The county sees the horse park as a community asset, and they want to help us.”

As John looks to get the Fresno County Horse Park up and running, he said he needs plenty of volunteers to help in a variety of tasks. “We have had so many people step up to ask how they can help, which I’m so grateful for,” John said. “But we can always use more. We need someone to run the Facebook page, do the bookkeeping, coordinate event schedules; we even need volunteers to oversee the volunteers.” If you’re interested in helping out, email [email protected] or call John at 559-221-2509. A website will be up and running shortly at www.fresnohorsepark.com. In the meantime, you can check out the horse park on Facebook at www.facebook.com/FCHPHorseTrials.

Ram Tap will host its last hoorah during the final horse trial in its 55-year history, which will be held Nov. 16-18. A farewell dinner and retrospective review of Ram Tap’s historic past will be held at 5:30 p.m. that Saturday. Tickets are available for $20. For more information or to purchase tickets to this historic event, visit www.ramtap1.com. As we bid adieu to the former name of one of the oldest eventing facilities in the U.S., we usher in a new era of the Fresno County Horse Park. Go Ram Tap. Go Fresno County Horse Park. Go West Coast eventing.