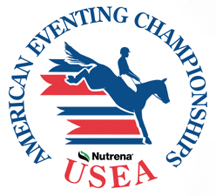 Entries have gone live for the 2016 Nutrena USEA American Eventing Championships. Less than two weeks after the July 19 opening date there are already 430 horse and rider combinations entered from Beginner Novice through Advanced.

The amateurs will be out in force, with over 50 entries in each of the Amateur divisions at Beginner Novice and Training and a staggering 63 entries in Novice Amateur, which is so far the biggest class.

The Junior divisions are also typically well populated and very competitive. There are 35 Junior Training riders so far and 47 Juniors at Beginner Novice.

The AEC also serves as the Adequan USEA Gold Cup Final and thus far 18 horse and rider combinations will be vying for $40,000 in prize money. There is a total of $100,000 up for grabs during the competition and hundreds of thousands of dollars worth of prizes.

The competition will take place for the first time at the Tryon International Equestrian Center (TIEC) in Mill Spring, N.C. on August 31-September 4. Entries are open until August 16. The final count is expected to be very large and if this early look is any indication we’re in for an exciting AEC!

Click here to view the entry status for all division.