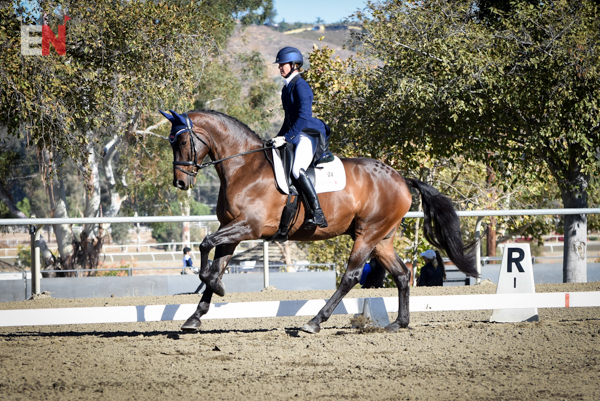 It was a routine Thursday morning as Jess Hargrave oversaw operations at her own Charis Eventing in Bonsall, California. Horses basked in the early sunlight, and students were preparing for their upcoming Pony Club rating, lunging their equine partners and perfecting their standing wrap application. Jess was in-between rides sharing a peaceful moment with Reginald, her heart horse and two-star mount, reminiscing on the year they’d had and the obstacles they had cleared both physically and metaphorically.

Alongside some major division wins and placings, Jess and her team had faced two unexpected facility relocations and were fighting hard to make ends meet. Finally, they had landed at a gorgeous privately owned property and lessons were regaining their regular rhythm. Horses in training began to file into the stalls, and the whole team was looking forward to wrapping a chaotic year and heading into 2018 with a solid foundation under their feet.

As Jess let Reginald loose into his day pen, she caught a glimpse of the property owner, on the phone looking concerned as she cooled out a sweaty horse. Feeling uneasy at the sight, as she typically ignored phone calls whilst mounted, Jess intercepted her worried gaze and the two of them shared a brief conversation. Just a handful of miles away a wildfire had started. As they hiked their way to the property’s highest vantage point they could clearly see a billowing and growing tower of smoke.

At the time, the wind wasn’t headed in their direction, and the overall consensus was that their property was in the clear. However Hargrave’s gut feeling was telling her otherwise, and she phoned close friend and neighbor Daniella Ortizharo who had been through previous wildfires in the area. The fire had started within eyeshot of Daniella’s home and small equestrian facility, but fortunately for her the wind was pushing in the opposite direction of her property. With a clear view of the local terrain Daniella could see that the fire was headed towards Jess, and while she was on her way to aid in the evacuation efforts at the local thoroughbred facility where she worked, San Luis Rey Downs, she urged Jess to stay alert in case evacuation orders were made.

Wearily and with a serious eye on the local news and weather, Hargrave continued about her morning, making phone calls to clients informing them of the plan in case evacuation became necessary. She called her dad for a bit of peace of mind and advice, for his wisdom had always settled her restlessness, and together they decided that erring on the side of caution with so many lives at stake was the right decision to make. Thus, Hargrave set about loading the most difficult to replace tack and equipment into the trailer and prepping the horses for travel.

Moments later Daniella called Jess frantically from San Luis Rey Downs with palpable fear and urgency in her voice. “GET OUT, GET OUT, GET OUT” she repeated out of breath as she ran to grab horses and load them into trailers as fast as she could. With a severe change in wind direction and speed, the fire was suddenly edging the thoroughbred facility and steadily making its way down the riverbed in the direction of Hargrave’s facility and numerous other barns, homes and businesses. 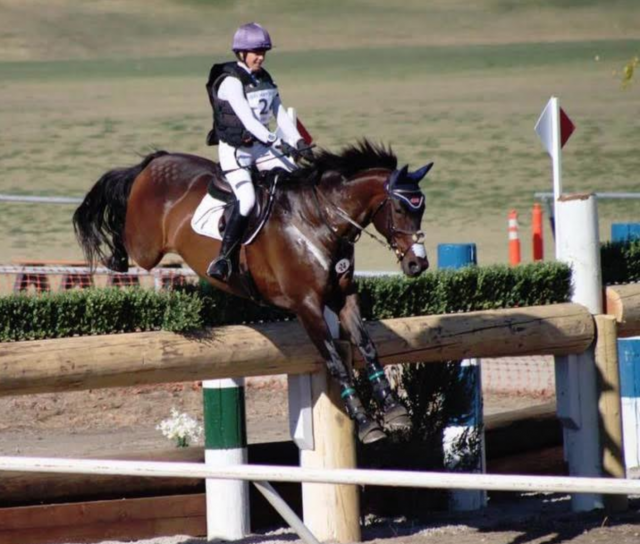 Though there was still quite a distance for the flames to travel before it was a serious threat to her barn, Jess wasted no time in loading more horses and ponies than could fit into her long gooseneck trailer, and within a few hours and three trips all of the animals were settled into a friend’s facility, well out of harm’s way, or so they thought.

By the time evening fell and the sky began to grow dim, it was apparent that the horses and team of supporters might be in for a long night ahead. With winds constantly changing speed and direction, the fire was moving in an erratic path, and the safe haven they had fled to suddenly found itself under mandatory evacuation orders. Glowing flames could be seen licking the nearby hillside, and just as fast as they had arrived, they scrambled to load the horses and seek refuge yet again.

With the help of generous friends and volunteers, Jess’s team made it out of their original evacuation facility within time. As helpers settled the horses into another location in Temecula, Jess headed back in hopes to load up and evacuate the remaining miniature horses and an ancient tortoise; however she was turned around at the gate by firefighters who were already at the property with hoses on, promising to do everything they could to save the home and lives within as the fire edged in on the barn.

Though they had to split the horses between two facilities in Temecula, Jess knew that would be the more efficient option. Seeking refuge in Del Mar would have cost them valuable time in the trailer. Her heart shuddered to think what might have happened if she were stuck in traffic with the first load of horses. She recounts the moment she had to decide which horses to load first as the fire climbed the hillside; terrifying and heart wrenching, as she was unsure what she might return to, having just received the news that her home facility and barn had fallen victim to the flames and was left in ashes. The threat of the fire was real and as she settled in for a few hours of restless sleep, clinging to her dogs in a rattled state of shock, she counted her blessings with each horse safely bedded in for the night. Many others were not so lucky.

Earlier that day, Daniella watched as flames overcame the property line and took barns in its path at San Luis Rey Downs. When the smoke became to0 thick to breathe, she too had no option but to flee the property where horses were frantically running about, having been let out of their boxes for the best shot at escaping the fire. Empty trailers were waiting at the gates but turned around due to the nature of the scene, as the wind and fire was moving so quickly it became apparent that the risk to human life was too high to chance. Frozen in a state of terror, many horses remained in their stables despite the doors being wide open as the fire and smoke surrounded them. Equine lives were lost and brave heroes suffered burns in attempts to aid horses in the path. Families who lived and worked on the property lost everything, forced to flee to evacuation facilities with only the clothes on their back.

While some believed authorities on duty were at fault for the loss of so many horses’ lives, as volunteers with trailers were denied access, Daniella recounts that by the time relief arrived, the facility was already in the throws of utter chaos. She emphasizes that people weren’t negligent; there was simply not enough time with the speed of the incoming blaze. It was a harrowing reminder of the force of Mother Nature and the need to have a thorough evacuation plan in place at all times. That being said, Daniella’s heroes remain people who risked their own safety to keep the number of casualties down, and those that went to aid in the aftermath in the days to follow the tragedy.

Jess remarks that the outpouring of love from those who have been supporting the victims of this tragic fire has been an incredible reminder of what makes this sport and community so unique and special. From feed to equine supplies, clothing and financial donations, Jess is overwhelmed with gratitude by the efforts that have been put in place. She was welcomed with open arms into temporary facilities while she gathered the strength to move forward. She has been contacted by strangers far and wide offering both physical assistance and material aid to replace what was lost in the fire, as all that was left of her tack room was the steel frame and cement foundation. In the midst of catastrophe, her faith in the human spirit and inspiration to carry on has not faltered.

Thus, the year for Jess and her team did not finish out quite as she had hoped with a third exhausting facility relocation in the books, to a property she is leasing in Temecula. But in the spirit of moving forward, Jess strings a length of Christmas lights on her new barn and offers her strength to her team of passionate children, adults and horses.

“We’re eventers,” she explained. “We’re tested in phases; we train for this. We carry on despite mistakes and misfortunes because our love of the sport and faith is greater than everything that may try to hold us down. It takes a team, a dream and an undying belief that we will triumphantly meet every goal from the rising trot to Rolex.”

An inspiration to many, Jess is thankful for what she has, and will undoubtedly make strides in 2018 as she rises from the ashes with her sights on the Pan American Games come 2019. While there is a lot to rebuild and restock, what remains is a burning passion for the sport. With the support of her growing team, generous sponsors, and the constant uplifting inspiration of her students, the fight to the top will continue on.