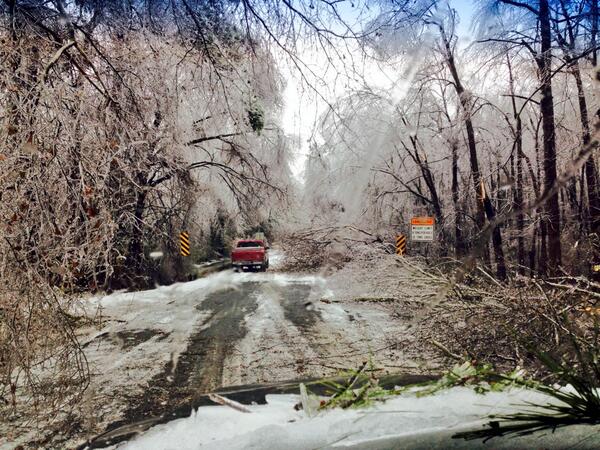 Doug Payne's view as he tried to find water for his horses yesterday. Photo via Twitter.

Aikenites are still trying to dig out and clean up following Wednesday’s ice storm, which dumped more than 1 inch of ice on parts of the county. About 45,000 residents in Aiken County are still without power this morning, the Aiken Standard reports. Gov. Nikki Haley will visit Aiken today to assess the storm damage, which is reportedly the worst in the entire state.

Tree limbs and power lines are still falling under the weight of the ice, and the Aiken County Sheriff’s Department is urging residents to stay home. “The main roads are improving, but secondary roads are extremely hazardous and limbs continue to fall. As strongly as we can, we urge people not to drive. Stay at home, unless it is an emergency. Call us, let us come to you,” Lt. Jake Mahoney told the Aiken Standard.

But eventers don’t have the option to stay home when there’s a barn full of hungry horses waiting to be fed, stalls to be mucked and water buckets to be filled. The water issue is particularly problematic, as many barns are still without power. We’ve seen numerous storm damage photos posted by eventers on Facebook as they venture onto the roads to get to their horses.

The Aiken Gala, considered one of the highlights of the spring season, has also been postponed due to safety concerns, the USEF announced via Facebook yesterday. Held annually to raise funds for the U.S. eventing team, this year’s gala, originally scheduled for tonight, will help our World Equestrian Games team get to Normandy in August.

Stay safe out there, EN. 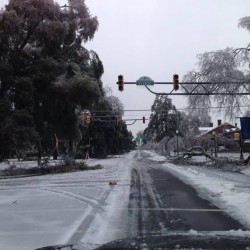 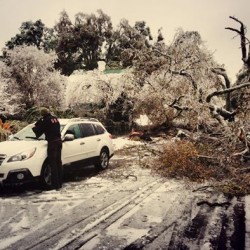 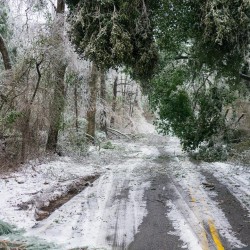 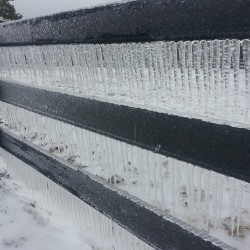 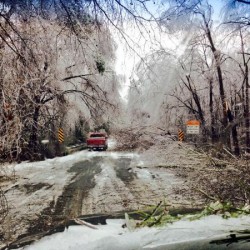 Doug Payne’s view as he tried to find water for his horses yesterday. Photo via Twitter. 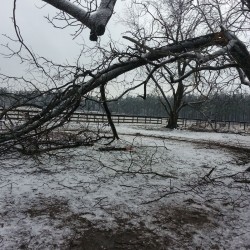 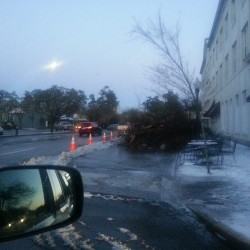 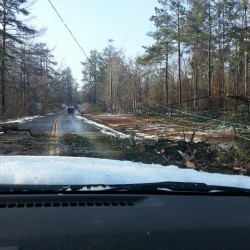 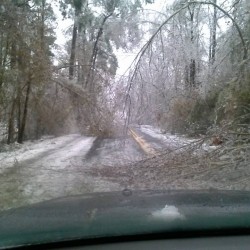 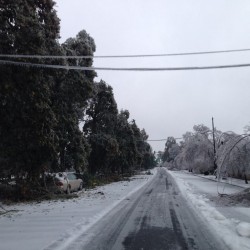 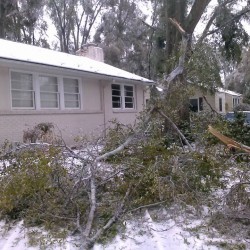 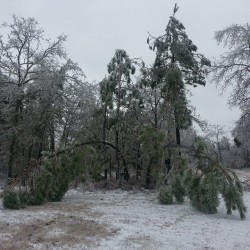 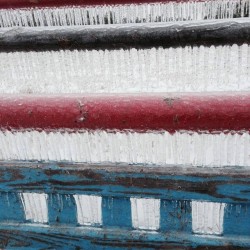 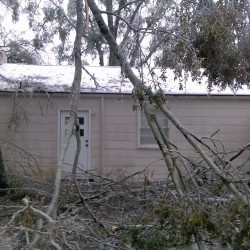 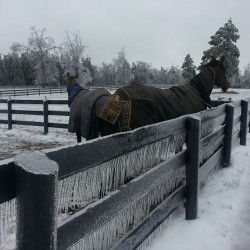