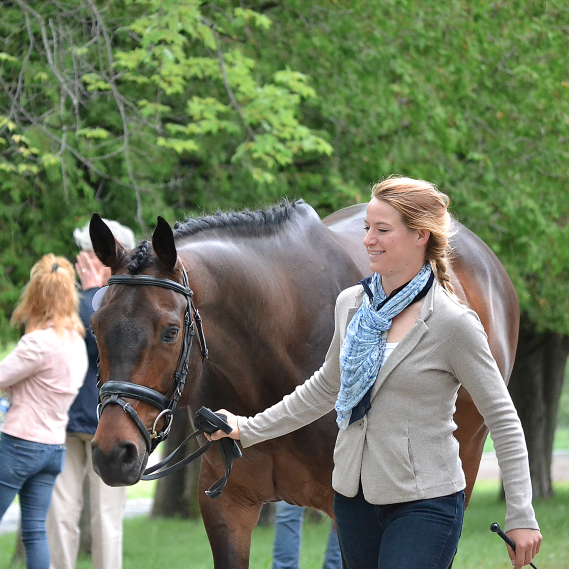 Alex Green already has what many Developing Riders dream of one day having: a thriving training, teaching and sales business. Working out of her family’s Dry Ridge Farm near Knoxville, Tenn., Alex has built a business centered around education for both herself and others.

“I love teaching. There is so much to continue to learn and it’s fun to be part of it with people, help them get a goal achieved, help them produce a horse into something they didn’t quite think it could be,” Alex said. “I foresee I will always be teaching to make my way through life and have a good business doing it.”

Alex is also passionate about training and selling horses. She loves playing matchmaker between horse and human. “It’s like a puzzle. You walk into the yard and figure out which horse would suit them. Before you know it you find the perfect horse for them.”

With producing horses becoming an expanding component of her career, Alex traveled to Ireland for a month this winter to apprentice with Carol Gee of Fernhill Sporthorses. “I wanted to get experience sale riding, put myself in a different world and educate myself. I bought a horse, too, so I guess they did their job!” Fernhill Famous, a 5-year-old grey with a “mixed bag of Irish breeding” will arrive in the United States next Friday. 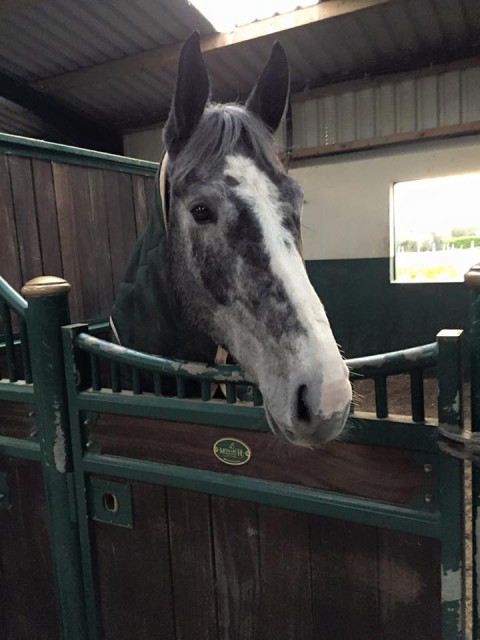 Alex has a couple of other Fernhill horses in her barn, including Fernhill Bold Gesture and Fernhill Rising, who are both competing at the two-star level. Her best known horse and the one who put Alex on the map as a developing rider is Fernhill Cubalawn, a now 12-year-old Holsteiner gelding.

Alex produced “Cuba” to the three-star level. They were named to the USEF Developing Rider list in 2012 and again in 2013 as an alternate. Cuba was sold to Phillip Dutton last year, and they went on to win the 2015 USEF Four-Star National Championship at Rolex Kentucky and compete in the CICO3* at Aachen.

“In the beginning, we had a sense that Cuba was a great horse to get me to Young Riders. He’s an incredible animal. He’s sound and tough,” Alex said. “It was lovely to learn with such a trainable horse and move up the levels with him. I couldn’t be more proud! What an honor to sell a horse you believe in to someone like Phillip.”

Selling Cuba of course wasn’t an easy decision for Alex, but it was an important step forward for her career. Seeing Cuba now excelling with one of the world’s top riders in the irons is an inspiration for her to keep learning and producing horses. She wants to make a career out of being an Advanced rider and knows that making financially smart moves early on in her career will help her achieve her goals.

“I want to get to Rolex more than once, and you’re not going to win it on your first ride there. Setting yourself up for the long haul instead of looking at the short-term, making yourself into the rider you need to be to get there and be competitive is how I’ve looked at it. I love training horses so I don’t mind clicking the restart button. It’s just another opportunity to keep learning and training myself.” 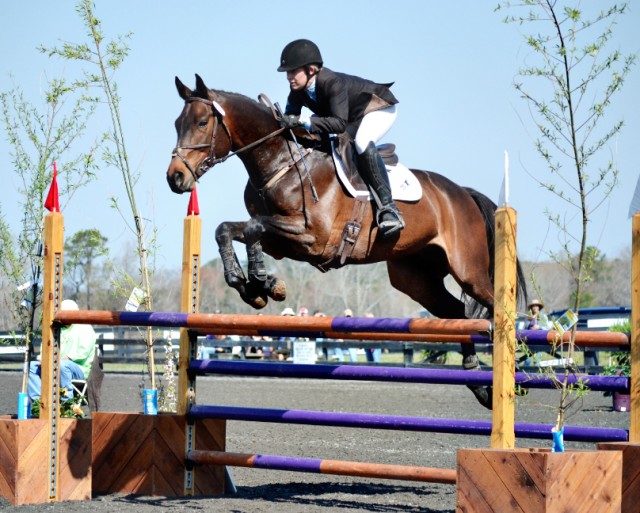 Alex Green and Fernhill Cubalawn at The Fork in 2013. Photo by Jenni Autry.

Speaking with the tact and maturity of a rider beyond her 23 years, Alex recognizes the importance of education, repetition and time. “What Lauren Kieffer is doing right now is what I want to do. She was off the radar and producing young horses and now she has a slew of them. If I could pick someone to follow behind it would be someone like Lauren. She made herself better because she was producing horses again and again. Before you know it you can ride anything.”

“Everyone says that the reason things have worked out for me is that I’m hopelessly optimistic. It’s a tough sport, there’s a lot of heartbreak,” Alex said. “At the end of the day I started doing all this because I wanted to be competitive in eventing. I love jumping big jumps, galloping and training horses. I want to keep buying horses and producing them to the level they’re comfortable. Maybe one day I’ll be put on a team and give Phillip a run for his money!”

Alex is grateful to Carol Gee and her longtime coach, Julie Richards. “I wouldn’t have come this far without those awesome women looking after me and sourcing the best horses and training they could give me. It is by far a sport that requires a team of people behind you and I’m so lucky to have those two helping me out every step of the way.”