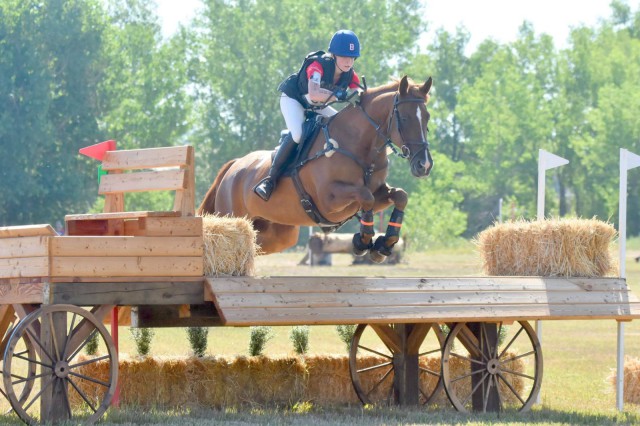 Fifteen-year-old Alexandra Baugh made the long anticipated move up to the Intermediate level at Pine Top Horse Trials last month, exactly a year after the first event with her new partner, Balligowan Pizazz. They were well prepared and Alexandra couldn’t have been happier. She and “Mango” took an early lead with a 31.7 in dressage. With one rail in stadium and a handful of time penalties across the country, they won their first Intermediate together with a handy 17.2 penalty points to spare.

Alexandra’s story starts like many little girls with a wild obsession for horses. She took her first riding lessons at age four as a birthday present. At 8, her grandmother took her to watch Rolex cross country and she was instantly hooked on eventing. Alexandra said, “I thought it was the coolest thing in the world, but I didn’t know anything about the sport. I went back to my trainer’s farm and started jumping and never looked back.”

Alexandra was competing at Preliminary level when she met Mango. Her pony Curioso was going to be maxed out at the one-star level, so her trainer Jorge Montalvo encouraged the family to start looking for Alexandra’s next horse. Her mom, Kelly, said when Alexandra rode Mango for the first time, “She was in love. The stars aligned and the angels were singing.”

Mango, a 15-year-old Irish Sport Horse, went to the 2011 Pan American Games in Guadalajara with Shannon Lilley and was campaigned at the three-star level with Michael Pollard. Given the gelding’s experience, there was a learning curve for Alexandra. Dressage, she said, was a particular challenge.

“Curioso was an unbelievable pony and amazing at dressage, but he was no Mango,” Alexandra said. “When I got Mango he was so sensitive that I had to focus on being steady and more consistent and precise, which I think has made me a much better rider overall. He’s an unbelievable teacher.” 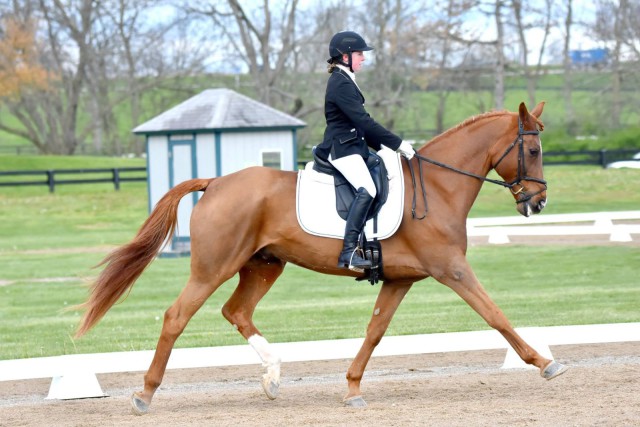 The pair spent the remainder of the year competing at Preliminary and Intermediate/Preliminary. “I was just trying to get to know him, making sure we established a connection and really get the basics down. My coach really wanted to make sure that I knew him well enough before he sent me out on an Intermediate course and make sure we understood each other so we wouldn’t make a communication error that would put us at risk.”

The patience paid off when they produced a foot-perfect performance at Pine Top. “The weekend was just amazing,” Alexandra said. “I felt really in tune with Mango and he was amazing, of course.”

Pine Top’s Derek di Grazia designed cross country course is known for being a true test of both bravery and accuracy, but Alexandra and Mango had done their homework.

“We left the start box and I felt like he took me to the first fence and together we rode the entire course. All the lines rode great, he listened very well and it just seemed like he was really enjoying himself out there, which makes it more fun for the both of us.”

For parents, watching their kids move up can be nerve wracking to say the least, but knowing her daughter was riding an experienced horse was a comfort for Kelly. “It gave me the confidence to think about letting her move up and go for her goals,” she said.

“You want your kids to live their dream and the best thing I can do is make sure she’s paired with a horse that’s a good match, safe and can teach her while she’s still learning. I’m very proud of her. She’s worked hard for every single thing she’s done.”

Kelly also wants to thank Alexandra’s longtime coach Jorge and the Dreamfield Farm family for their support, mentorship and training. “He goes above and beyond just coaching. He takes all of his students under his wing and treats them as his own children. I can’t thank him enough as a parent. I trust him implicitly and his whole family is like family to us.”

Looking ahead, Alexandra would like to return to NAJYRC again this year at the one-star level and if all goes according to plan, move up to two-star in the fall. Alexandra hopes that Mango will one day take her to Rolex or a spot on a U.S. team, but she and Kelly both agree there’s no hurry. “I just want to do my best and see where it all takes me.” 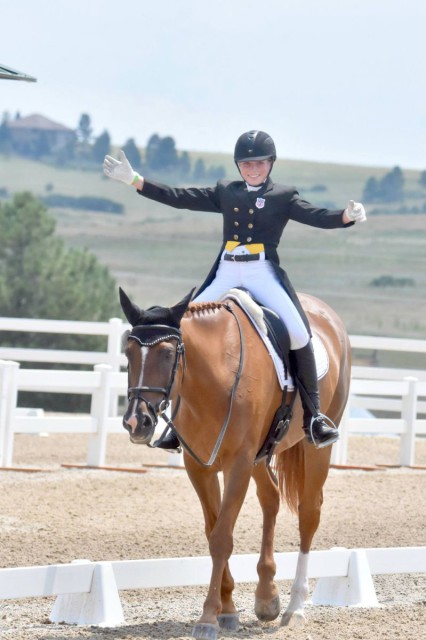