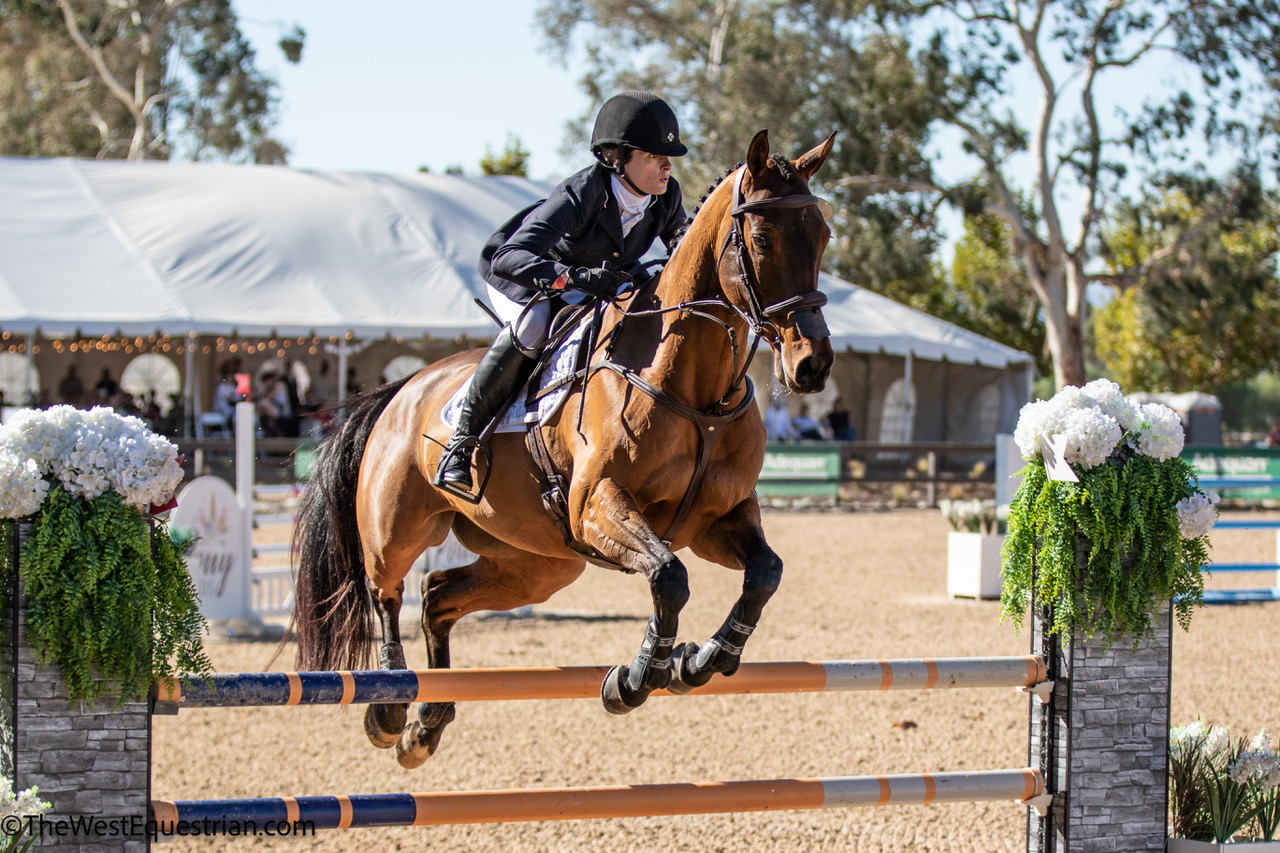 Emotions ran as high as the show jumping fences in Saturday’s conclusion of the Galway Downs Fall International FEI divisions. First time 4* Long contender and new California resident Alexandra MacLeod won with Newmarket Jack, far surpassing her goal of simply making the time on cross-country. That double clear yesterday put Alexandra in third, and she repeated the double clears over Marc Donovan’s stadium course in front of a full house of fans. Clear show jumping is a norm for the 12-year-old Irish Sport Horse, but what came next was brand new for Alexandra.

Quiet fell as James Alliston and Paper Jam dropped two rails, while overnight leader and Tokyo Olympic reserve rider Tamie Smith watched from the in-gate aboard the seasoned superstar Fleeceworks Royal. They had one rail in hand, but not two, and that one fell at the first element of the 8ABC triple combination. Tamie had just won the 3*-L on MaiTänzer and her dominance out West, on multiple horses, is so long standing it was a shock. 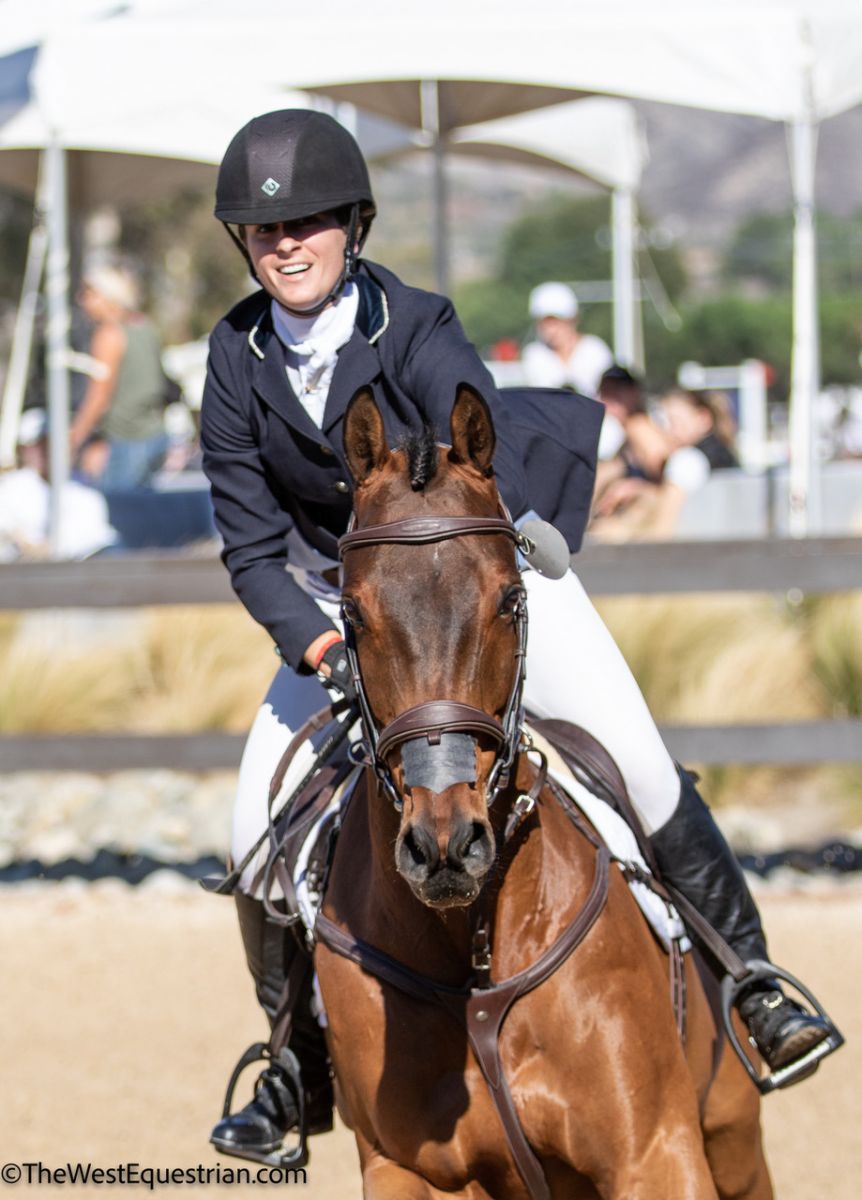 Suddenly, Alexandra’s name was on everybody’s lips, especially as word circulated that she’s achieved this level of the sport while earning her veterinary degree and entering practice. She’s had Jack for seven years, starting with him while based with Phillip Dutton back East. Jack is “part of the family,” chimed in Carla MacLeod, Alexandra’s head groom while visiting from their family farm in Virginia.

As a veterinarian, Alexandra said Jack’s victory reward will be plenty of time outdoors, on grass and “just being a horse,” at his new barn in Malibu. “That’s what I always think is the best.” As for juggling a major career with high level equestrian sport, Alexandra says prioritizing is critical. So is loving it, “because you do sacrifice a lot.” It also helps having the horsemanship base she developed during several years focused seriously on horses and working with Dutton and his ilk. Not needing much sleep is handy, too.

Tamie and Fleeceworks Royal finished second. She was dashed over rails in what looked like a very smooth round and unhappy not to deliver a win for the mare who’d been waiting in the wings during her Olympic odyssey. Tamie praised the winner’s performance. “Maybe I shouldn’t have helped her,” she joked of giving Alexandra some lessons and cross-country insights earlier in the week.

James and Paper Jam also had two rails to finish third. Rebecca Braitling and Caravaggio II finished fourth and young rider Sophie Click and Quidproquo’s double clear moved them from 8th to 5th in their impressive debut at the level. Canadian Pan Am team bronze medalist Dana Cooke and FE Mississippi had an uncharacteristic four rails to finish in 6th place.

The original field of 11 was whittled to six by the final day after two falls and two eliminations on cross-country, and James Alliston’s withdraw of his second 4* entry, Czechers. 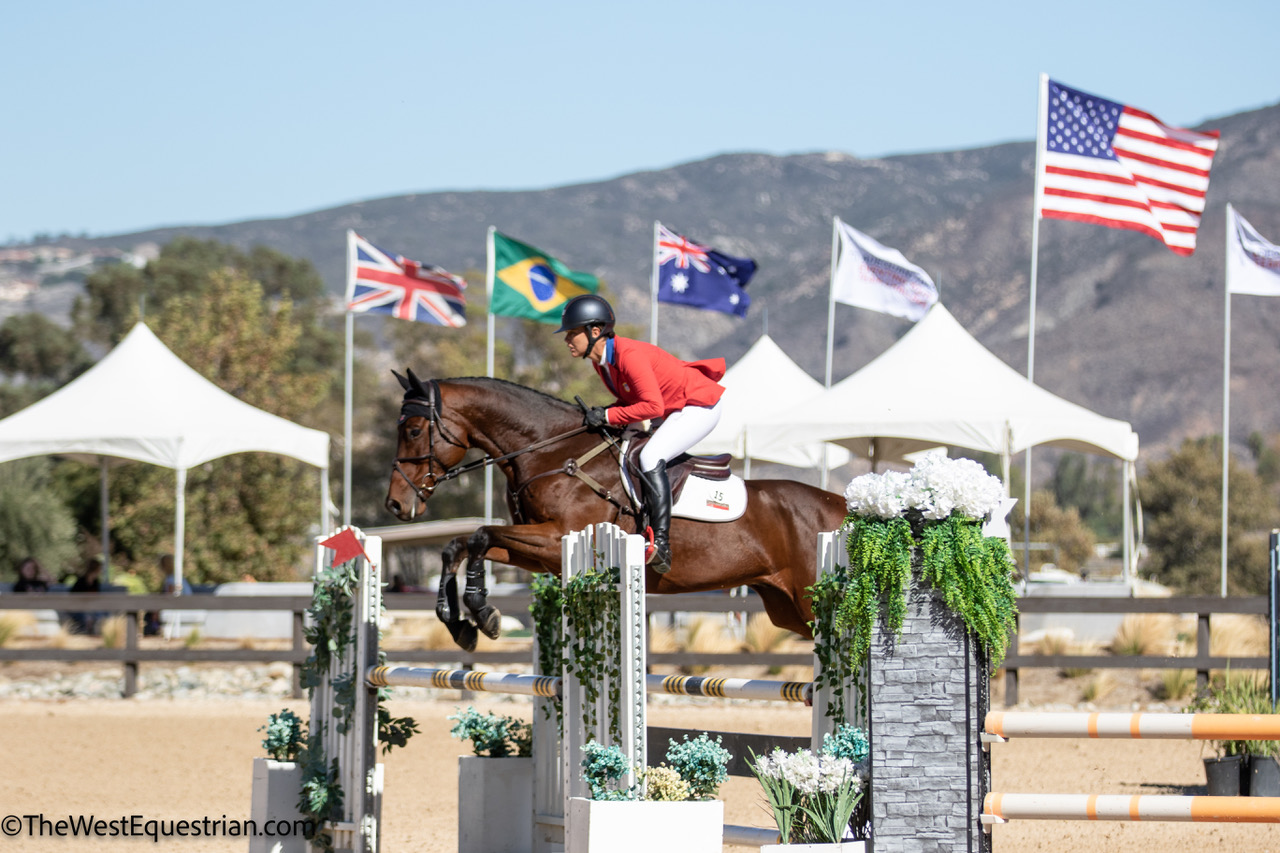 Tamie Smith always wants to win, so two rails in the 4* may not have been offset by winning the 3* with MaiTänzer. It was a wire-to-wire cruise for the pair who stayed on their 31.9 dressage start. They tackled the stout jumping track as elegantly and efficiently as equitation medal finals winners from the hunter/jumper world. As on cross-country, the 8-year-old German Sport Horse locked in on each fence and cleared them with little apparent effort.

“I don’t feel he could have jumped any better today,” Tamie said. “He’s always been a very naturally good jumper. I’ve worked with (Australian Olympian) Scott Keach this past year a ton to become a better show jump rider and be better in my distances. I think it showed today. He jumped in a good shape and was still very relaxed and with good power.”

In a mock press conference that is part of the Youth Team Challenge program, Audrey said she was especially pleased with how “Diesel’s” bold nature helped them out over Friday’s tough cross-country course. “Being new to the 3*-L, I was really happy with how he came out.” Audrey praised the YTC as an excellent program for those with the right horse for it. “It was super fun and really added to the atmosphere here.” 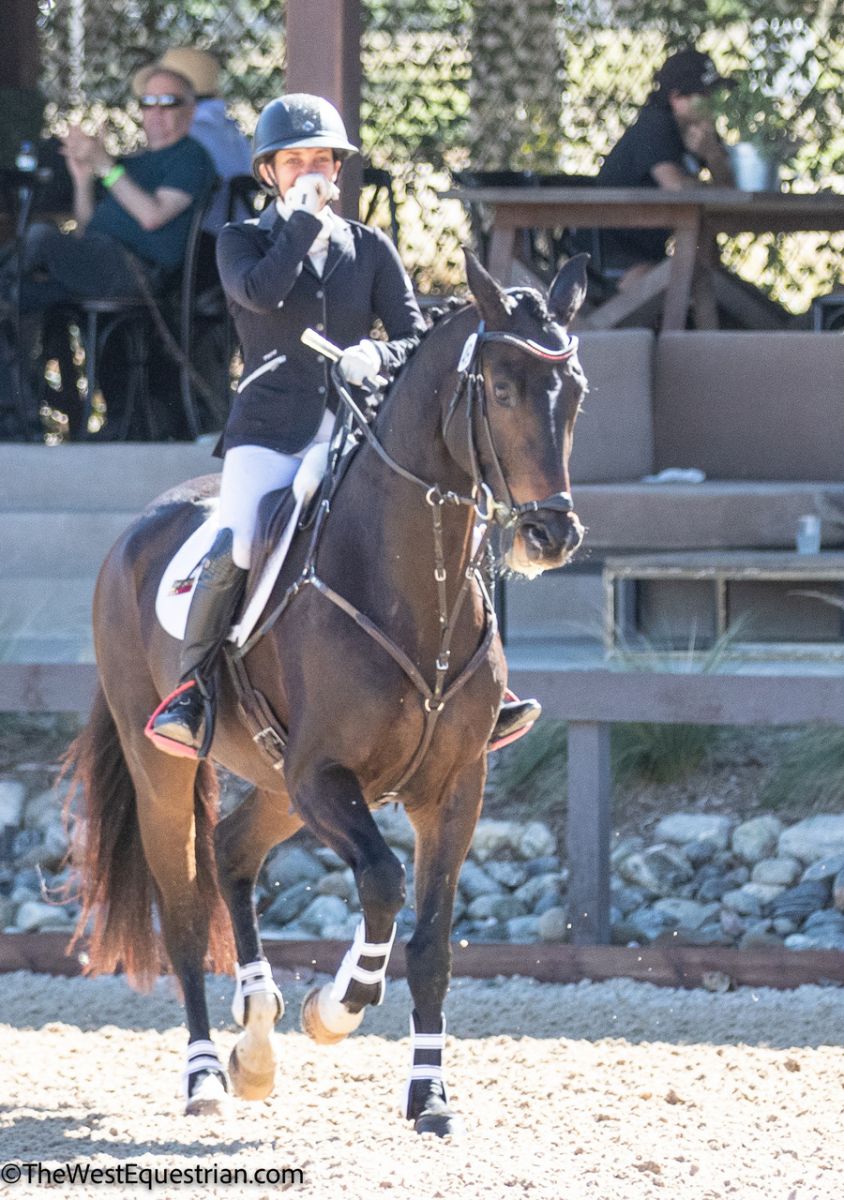 Professional Taren Hoffos could not contain her emotions as she crossed the timers knowing she and Regalla had just won their first CCI2*-L. Just as in dressage and cross-country, the 10-year-old Oldenburg did as she was asked with enthusiasm and talent. “She really listens and always asks me what’s next,” Taren said. Regalla was purchased in utero by Taren’s mother, Carolyn Hoffos. “We’ve had our eyes on her her whole life and nothing bad has ever happened to her,” Taren explained of one reason for the horse’s trust. “We also have a really good relationship on the ground, which we work on all the time. I think that translates to when I ride her. I think it helps that I am in charge of her and I also work with her a lot.”

An eventing organizer herself, at the Hoffos’ Copper Meadows in Ramona, Taren appreciated the electric atmosphere of show jumping in the Grand Prix Arena ringed with VIP tents and grandstands. “Regalla wasn’t fazed by that, but that stuff tends to light her up in a good way.” One of her coaches, Buck Davidson, had advised her to try to get a rub in the warm-up arena, but the atmosphere was such that “there was no way that was going to happen,” Taren recounted with a laugh.

Taren credited a month spent at Buck’s Pennsylvania base with “kickstarting the whole fall season to be so successful.” The local support of Canadian Olympian Hawley Bennett-Awad has been equally important.

Taren and Regalla were flawless over three days to win on their 26.1 dressage score. Kaylawna Smith-Cook and AEV Above Authority, an 8-year-old Irish Sport Horse, were second on a 27.4 and Marc Grandia and Hyacinth, a 9-year-old Dutch Warmblood, were third on a 27.8.

United States Eventing Association president Rob Burk has been on site since opening day Thursday. Not kicking back in the VIP area, but in the field volunteering as a dressage scribe and all day Friday as ring steward for cross-country at the FEI and other levels. As a California native, he’s always been fond of the West Coast eventing scene. His current appreciation for what’s going on in the region is drawn from its positive influence on the national eventing scene.

“California has the most USEA members of any state, so it’s always been important to USEA. Plus, with the right infrastructure, it’s one of our areas that is most primed for growth. I think Galway Downs creates that lynchpin in that it’s a premier facility as we are looking toward the 2028 Olympics in Los Angeles. I think it is going to be a proving ground for probably a fair number of athletes. I think some of the smarter riders from other countries will see it as a good place to get acclimated to the West Coast scene: the footing, the weather, etc.

“Robert and his whole team have put their heart, soul and dollars into the facility and the events,” Rob continued. “It shows.”

The Grand Prix Arena and heightened atmosphere are turned over to show jumping in the three special Challenge divisions Sunday, starting with Modified Training at 9 a.m. The new Challenges are an evolution of the Preliminary Challenge first staged by Robert Kellerhouse in 2009 at The Horse Park at Woodside. Now in their second year at the Galway Downs Fall International, the Modified-Training, Training-Novice and Novice-Beginner Novice Challenges are designed to develop, encourage and celebrate horses and riders gradually advancing up the levels. They were popular out of the box here last year and even more so this year.