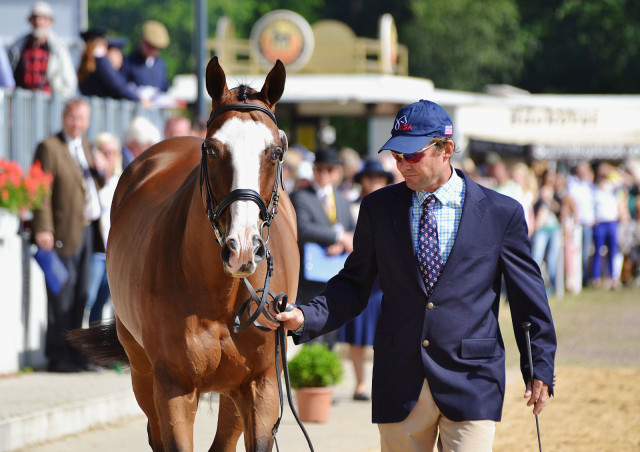 A brilliant morning here in Germany is darkened by the death of Benjamin Winter, which weighs heavily on the hearts of all of us in attendance at Luhmühlen today. The flags surrounding the main arena have been lowered to half-mast in memory of Benjamin, and the day started with a moment of silence in his honor before the CIC3* horse inspection began. A commemoration ceremony will be held at 11 a.m. local time before the CIC3* show jumping begins.

Flags at half-mast in honor of Benjamin Winter. Photo by Jenni Autry.

Officials and riders met last night to discuss whether the competition should continue today. Benjamin’s mother, Sybille Winter, spoke on his behalf, saying he would have wanted the competition to continue: “Benjamin lived for the sport and, he was so looking forward to be competing in the CCI4*.” Based in large part on her support, the competition is continuing today under the amended schedule with the moment of silence and commemoration ceremony. 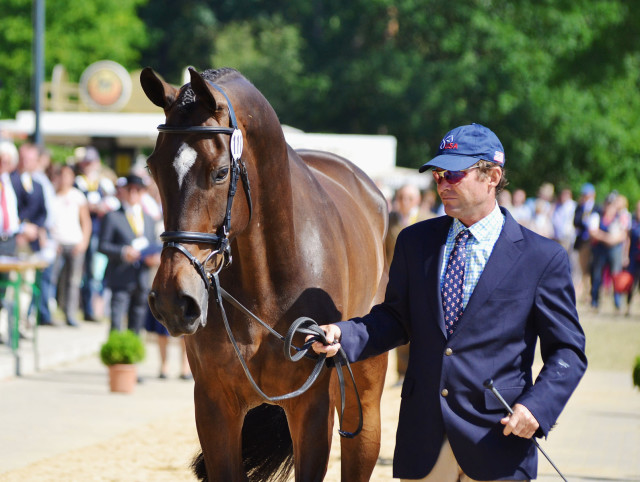 All 31 horses that presented at the final horse inspection for the CCI4* passed. Just two were held: Anna Hasso’s mount Clover and Peter Flarup’s mount CTS Twin Peaks. Poor Anna looked rather lame, and her groom jogged the horse upon representation. Both Clover and CTS Twin Peaks were ultimately accepted by the ground jury.

Phillip Dutton once again jogged Boyd Martin’s Otis Barbotiere and Shamwari 4, in addition to Mighty Nice. Boyd said his leg is holding up well after taking two horses around the four-star track yesterday, and having Phillip jog is mostly to avoid Boyd looking lame next to a sound horse. As Anna proved in the case of Clover being sent to the holding box, a limping rider is not ideal at a final horse inspection. 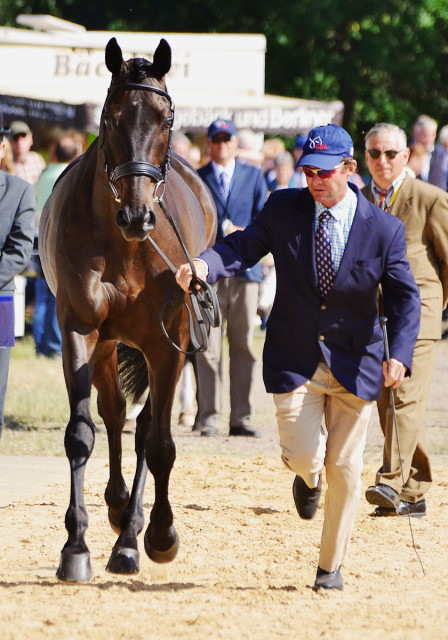 Benjamin’s commemoration ceremony is set to start in about 10 minutes. I will be back with a full report after, as well as more photos from the final horse inspection. It’s also notable here that everyone here at Luhmühlen is also devastated about the death of Jordan McDonald at Nunney Horse Trials yesterday. Riders competing all over the world today will be wearing black armbands in memory of both Benjamin and Jordan.