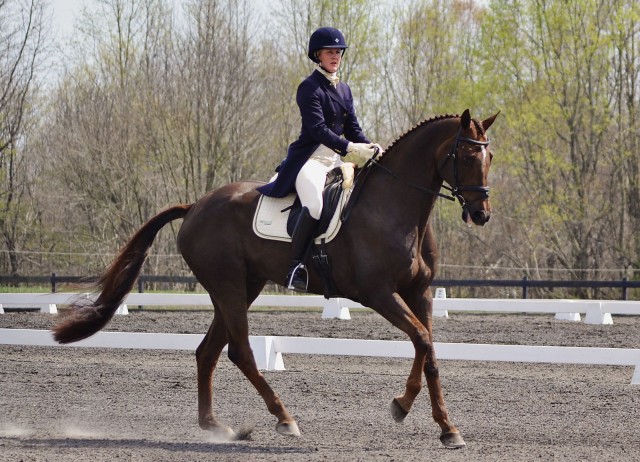 We saw a small chunk of the large CIC3* class do their dressage tests today at The Fork, and Allison Springer and Arthur are leading the way on a score of 47.1. The test was nearly flawless until the end when Allison really went for it in the extended canter, and Arthur got a bit up in the turn to the final salute, but Allison brought him back nicely for a good recovery. The way she works through Arthur’s fussy moments is a good study for all riders who have horses that can throw little fits like that. She keeps her cool and stays patient, and we’ve seen that work very nicely with both Arthur and Copycat Chloe during their tense moments. 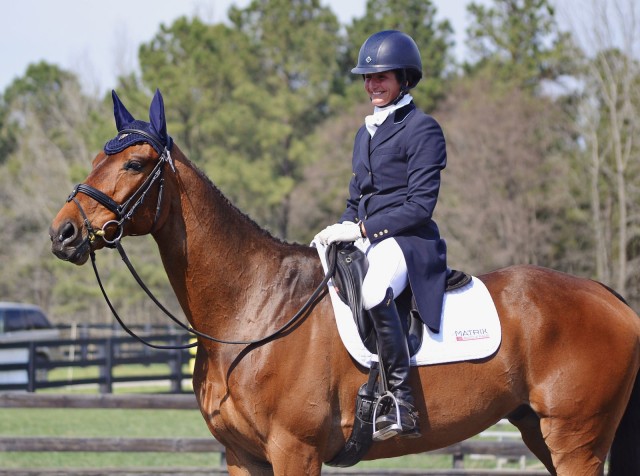 Jennie Brannigan and Cambalda were the last pair to go today, throwing down a beautiful test for 48.9, which puts them in equal second place. Owner Nina Gardner was practically jumping up and down after the test and so clearly proud of Jennie and Ping. Their season has been building nicely to culminate in a key prep run for Rolex here at The Fork this weekend, and they’ve put themselves in a very nice place to still be high up the leaderboard after the rest of the division rides their tests tomorrow. The real success story of the afternoon has to be Holly Payne and Santino, who performed their personal best dressage test in a CIC3* for a score of 48.9 to tie with Jennie and Ping. It was a very consistent, fluid performance, and Holly has to be over the moon. 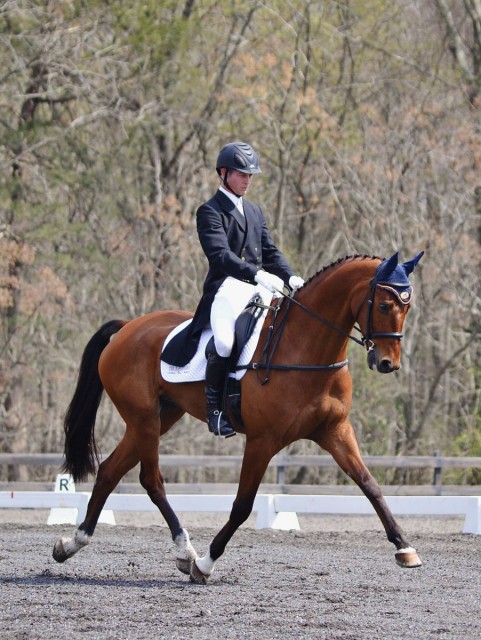 Jon Holling and Zatopek B. Photo by Jenni Autry.

Temperatures warmed up considerably this afternoon — a far cry from last year where I remember little icicles forming on Josh Walker’s video camera during the dressage. It’s been a lovely day to kick off The Fork, and I still have much more to bring you. I chatted with Boyd Martin and Phillip Dutton during the lunch break and finally was able to sweet talk the video into uploading, so I’ll be bringing you that shortly. And I’m about to go hop in a golf cart with course designer Tremaine Cooper to tour the CIC3* course. Samantha Clark is about to catch up with Emily Beshear, who is currently leading the Advanced and CIC2* after dressage with Here’s to You and Shame on the Moon, so we’ll also have that for you later. Stay tuned for much more from The Fork!