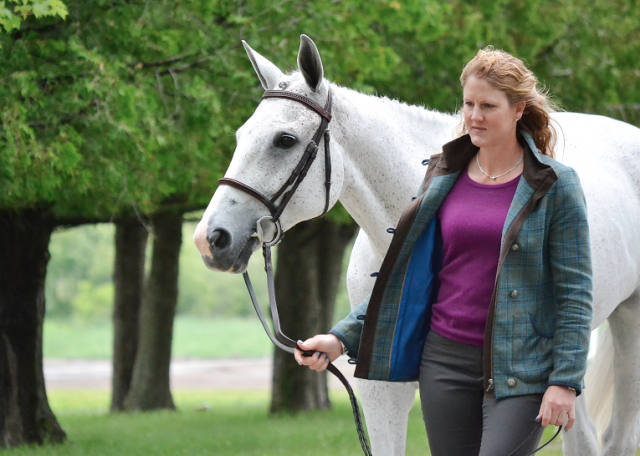 After serving two terms as president of the Professional Riders Organization, Phillip Dutton is stepping down, and Allison Springer is taking the reins, the organization announced this afternoon via press release; Buck Davidson will serve as vice president. Since its founding in 2009, PRO has sought to create a support system for riders of all levels, grooms, owners and event organizers to ultimately advance the sport of eventing. Phillip will stay on as a director of the executive board, and Doug Payne, Marcia Kulak and Tamie Smith have also been elected to the board.

Allison Springer has been elected to serve as the new President of the Professional Riders Organization. She took over January 1 from Phillip Dutton, who stepped down after serving two terms as president. “I’m very proud of what we’ve been able to do as a rider driven organization,” said Dutton. “I think it’s good to have a new person come in who has some fresh ideas. It keeps us from getting stale, and I feel Allison will be a great president for us.” Dutton, an original founder of PRO, will continue on the executive board as a director of the organization.

Allison Springer, also an original founding member of PRO was elected at the PRO Annual Meeting in December. “Being one of the founding members is one of my proudest achievements in the sport of eventing. I want to acknowledge how much we have grown as an organization under Phillip’s leadership,” said Springer. “I personally want to continue Phillip’s work and build on his accomplishments to help the sport grow.”

Since its inception, PRO has sought to promote eventing by bringing together the vast community of the sport while providing a sustainable support system for riders, owners and organizers. PRO works actively with the UK based Event Riders Association (ERA) and all NGBs to represent the voice of the riders.