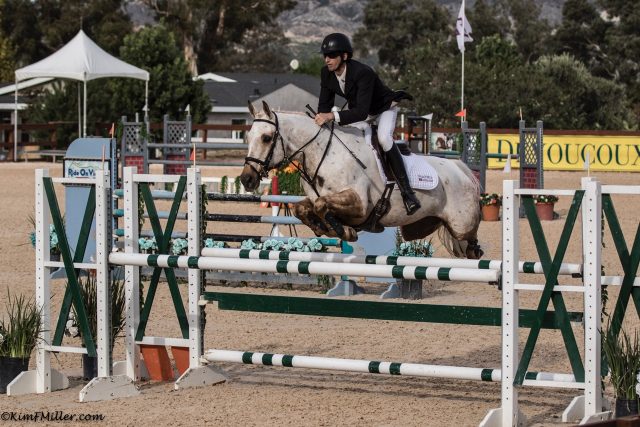 Galway Downs concluded its 2018 international equestrian competition schedule with a grand finale event this weekend. We catch up with James Alliston, Charlotte Babbitt and Bec Braitling, who emerged as CCI2*, CCI1* and Training Three-Day victors.

Competing at Galway Downs, a venue whose motto is “a legend reborn,” James Alliston is a living legend in no need of rebirth. The Northern California-based Brit logged yet another international win with his victory in the CCI2* aboard the Palomino Swedish Warmblood mare Pandora. Already dubbed “the little legend,” the diminutive mare with a big jump and a tall rider was one of few to sail clear over Mark Donovan’s show jumping track. In doing so, the pair improved from the second-place standing they’d maintained since dressage.

Winning on their dressage score of 34.6, James was optimistic about the next phases. “She was really good on cross country. Even when I didn’t give her the best approach to the big ditch and rails on the hill, she’s so brave that she just shuffled in a little step and popped over it.” He was equally confident for stadium jumping: “She’s naturally very careful, fast and, touch wood, she normally jumps clear rounds.”

Pandora’s owner, Laura Boyer, was James’ first client when he got settled in California. He rode Pandora’s sire, initially rode the mare when she was 3 and then resumed the ride a few years ago. At Galway he also picked up the Best 7-Year-Old honors for her. This was James’ sixth CCI1* victory, which adds to at least “a couple” of three-star victories over the years, he estimated.

Generous prizes awaited the veteran victor: $1,500 in prize money, a Galway Downs plaque, a Professional’s Choice cooler; a Devoucoux saddle, a $500 CWD voucher; a bottle of APF; certificates from Ride On Video and Event Training Online; and a bag of Triple Crown Feed.

The crowd hushed Mallory Hogan and her partner of four years, Clarissa Purisima, to the first clear show jumping round of the division. With two months competing on the East Coast under their belt, they were well prepared to take advantage of what Mallory described as “an atmosphere that really lights her up.” Along with Saturday’s long cross country track, “I really tried to channel all that into her show jumping.” She also earned the Mia Erickson Memorial Trophy

Mallory’s two-time NAYC Area VI teammate Maddy Temkin had the lead going into show jumping. A single rail dropped Maddy and Mr. Hart to third, but still a happy outcome for the two high school seniors who’ve been stars of the West Coast circuit for many years and represent bright hopes for the sport’s future. 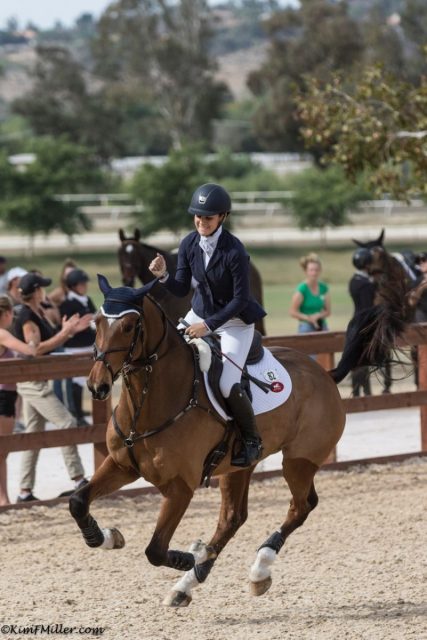 The ever-smiling 17-year-old Charlotte Babbitt had a triple crown weekend with her 6-year-old 2 A.M. She was tied for first after dressage and was one of few to master a show jumping track that only eight of 49 managed to clear without faults. Charlotte won the CCI1* on her dressage score of 25. She also earned top Young Rider honors and 2 A.M. earned Best 6-Year-Old designation.

“It’s really special to have this kind of partnership, especially when he’s only 6 and I’m only 17,” said Charlotte, who rode with a big smile from wire to wire. “I can’t help but smile. He’s very fun to ride, he wants to please and he has the attitude that there’s nothing he’d rather be doing. On Saturday’s cross country, we were fast but I never once kicked him. He just went along like a hunter.”

With Galway becoming a back-to-back win after her recent Woodside CIC1* victory, Charlotte and 2 A.M. seem on track for next year’s goal: making the Area VI NAYC team.

Charlotte trains with Chocolate Horse Farm and has a lot of loot to haul home to Northern California’s Petaluma: $1,000 in prize money, a Galway Downs Plaque, a Professional’s Choice cooler; a $500 CWD voucher; a bottle of APF; certifications from Ride On Video and Event Training Online; and a bag of Triple Crown Feed.

Professional Shannon Lilley’s partnership with Fernhill Rising is only a few months old. She was thrilled with their red-ribbon finish and has high hopes with the talented horse. Located by her coach Dana Lynd-Pugh, the mare is a “horse for the future,” said Shannon.

The FEI rider rep for the Galway Downs International, Shannon had highest praise for organizer Robert Kellerhouse and his entire team. “The guys did a tremendous job on the cross country footing and the new warm-up ring and stadium jumping rings, and footing, are great.” Those and other upgrades “really make it a special atmosphere. It’s very good for the West Coast.”

Crammed with colorful fences, the new jumping arena was also a little intimidating, Shannon noted. “It’s busy in there! There was a lot to look at, so many jumps and it was a little distracting to horses and riders. You had to really go forward and keep straight and hold out in the lines to make sure you stayed on the right step.”

Nick Cwick and Get Played were another pair to benefit big time by clearing the show jumping track. They moved from eighth to third by doing so. 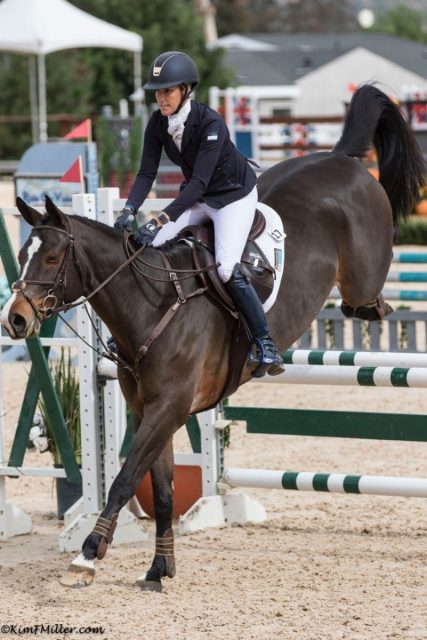 Representing Australia, Bec is delighted to have Dassett Ricochet in her stable, period, blue ribbons or no. “We found him in England last summer while shopping for another client. When they brought him out, he was so pretty I secretly thought, ‘Gee, I hope he turns out to be a bit green for her.’” That’s how it turned out, but not too green for the veteran competitor, for whom client Lauren Burnell purchased the Dutch Warmblood.

Having contested many long formats at the upper levels, Bec advocates it strongly for students and young horses, especially those like Ricochet. “The steeplechase was a really good way for him to get going. He started Phase A puffed up and was quite overwhelmed seeing all the other horses out there, but steeplechase settled him down.”

For junior and amateur riders, Bec said T3D “makes you a better rider. I encourage all my riders to do it because there’s so much to think about. There’s a lot involved. It’s not like you just warm-up and do cross country. Everyone who has the opportunity to do one should.”

Bec left loaded down with prizes: a Galway Downs plaque; a Professional’s Choice cooler, a $500 CWD voucher; a bottle of APF; certificates from Ride On Video and Event Training Online; and a bag of Triple Crown Feed.

Third generation horsewoman Jordan Crabo of Arizona said on Friday that her German Riding Pony Black Gold could be tricky. Second after dressage, she tackled Saturday’s cross-country “as if we’d already had a few stops.” As a result, they had zero penalties to log their first completion in this division. Jordan felt it helped that she’s been riding two horses at CCI1*, including her mom Barb Crabo’s former 3* horse Over Easy. She also spent two months this past summer as a working student for top British eventer Pippa Funnell, benefitting from lots of fresh knowledge going into Sunday’s strong finish. And Black Gold did his part. “He was awesome!”

Small animal veterinarian Cecily Bonadio was already over-the-moon after dressage, and even more so to finish on that score for third place with her remarkably savvy 6-year-old, Just Off Broadway. Cecily explained her approach to show jumping as similar to that on Saturday’s fault-free cross country round: “We’ve been working on rhythm, I just try to stay out of her way, let her know where to go, and let her do what she does so well.”

The amateur rider is another fan of the T3D format. “I loved doing steeplechase on the racetrack. I learned how fast she is: very!” She also loved the technicality of the combinations on Phase D. All in all, a great preparation for the pair’s goal next year: Preliminary.

The fact that Sunday was Cecily’s birthday was icing on the cake: a carrot cake, apparently, as Cecily’s parents waited at the backgate with a full bag of carrots for the mare and big smiles for their daughter.