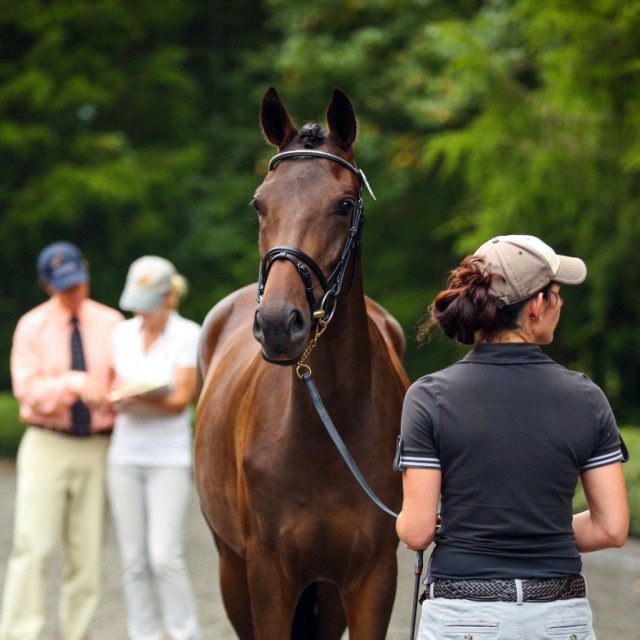 The ¼ Connemara filly, Brambleridge Truth or Dare, at a recognized USEA FEH event in Georgia. Trudy is by the Thoroughbred stallion, Salute the Truth and out of a Halfbred mare by Grange Finn Sparrow.

There have been some recent changes at the American Connemara Pony Society. In addition to registering purebred Connemara ponies and half-bred Connemaras, the society has created a Connemara Sporthorse Registry.

For breeders concentrating on eventing and using Connemaras, half-bred Connemaras and part-bred Connemaras in their breeding programs, this development is fantastic news! Two years in the making, this registry was developed by the ACPS as a means to recognize the importance of the part bred or ¼ Connemara horses.

The number of both purebred and half-bred Connemaras registered in the U.S. has seen a steady decline in recent years. The economy impacted the breeders, as has the retirement of many of the U.S.’ early breeders. There are several Connemara breeders in the states that started to focus on purpose bred half-breds and ¼ bred Connemaras for the upper levels of eventing, dressage and show jumping. Unfortunately, these Connemara Sport Horses weren’t able to be registered, and were often off the record as ‘Connemaras’.

Megan Buchanan Harris, of Fade to Grey Farm and the Brambleridge prefix, saw an opportunity to enhance the ACPS registry by capturing these sport horses under the Connemara umbrella and bringing in new membership with their owners and breeders. She collaborated with other members of the society to come up with the new registration options.

Just recently, European breeder William Micklem wrote an article for EN highlighting the importance of Connemara blood in eventing prospects. From William’s EN article: “The quality Connemara blood available in the U.S. can also play a big part in creating the winning recipe for an upper-level event horse. “The brain and ‘fifth leg’ of ponies should not be underestimated.  What puts people off is that it requires taking a longer term view, as it is the second or third cross that produces the performance horse.” 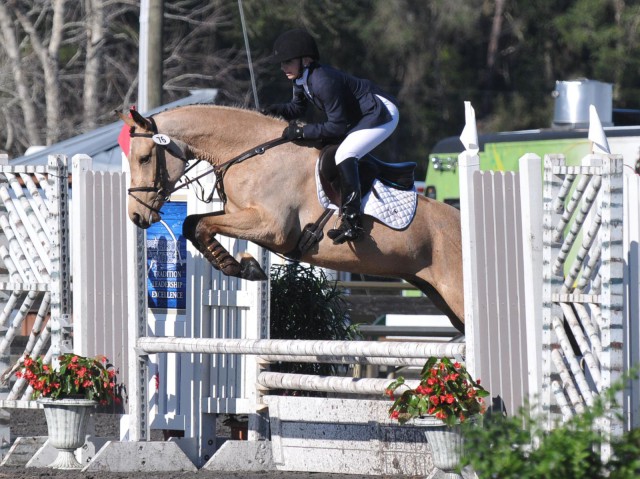 The 1/2 Connemara mare, Black Dog’s Top of the Morning, at a recognized USEA event in Florida. Mia is by WH Topgun (Connemara stallion competing at Preliminary) and out of an Anglo Trakehner mare. Palmer Photos.

For breeders willing to wait for that second or third cross, we can now utilize this new registry within ACPS.  The Connemara Sporthorse Registry provides an excellent way to track the breeding and success of these part-breds in eventing. Many fellow breeders have discussed the importance of not losing the bloodlines of these ¼ bred sport horses to other registries (like Irish Sport Horse, RPSI, AWS or the like) and recognizing the Connemara breeding of these successful athletes.

Many of these ¼ breds are purpose bred from a Thoroughbred or Warmblood stallion of high blood percentage to a Connemara/TB half-bred mare. Megan is an example of a breeder who has been breeding purebreds, half-breds and lately part-breds, with upper level eventing in mind.

I also breed half-bred Connemara sport horses at Black Dog Farm in Florida and plan to retain some of the half-bred mares I have produced to cross back to Thoroughbred stallions for ¼ breds, aiming the resulting progeny at eventing careers.

Some famous half-bred horses that are out competing at the very top levels of eventing include the halfbreds Sparrows Nio (Half Connemara by *Grange Finn Sparrow, entered at Rolex 2015 4*) and the half-bred Porter Size Just a Jiff, who competed at the WEG in Normandy in 2014 for Ireland.

Porter Size Just a Jiff (15.1 hands) is most often listed as an Irish Sporthorse, but his sire is the little known Connemara stallion Crosskeys Rebel. There are many other part-bred Connemara sport horses listed as Irish or “other”. It is the desire of the ACPS not to discourage breeding quality purebred Connemaras or half-breds, but rather to recognize the successes of the many ¼ bred Connemaras out there competing (and often very well!).

I am super excited that these part-breds will be able to remain under the umbrella of the ACPS. While I periodically breed purebred ponies (and hope for keeper fillies to replace my aging purebred pony mares), I have great demand from buyers for half-breds and ¼ breds from eventers looking for quality gaits, jump and gallop coupled with pony bravery, soundness and their excellent minds.

Ride a purebred, part-bred or half-bred Connemara across the cross country course and you will be pleasantly surprised at the quality of these horses and ponies. For questions on this new registry, you can contact Megan Buchanan Harris directly at [email protected].

For more information on registering a Connemara Sporthorse, click here.