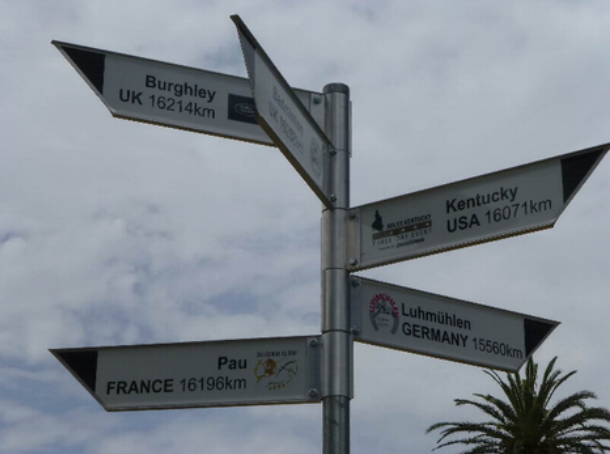 The road to all four-star events. Photo by Susan Prorak.

As I see snow flurries swirling outside my window, it’s surreal that a week ago I was watching dressage in Adelaide, wearing shorts, sandals, and wilting in the 34 degree Celsius temperatures. A recent trip to Oz found us in Adelaide during the weekend of the Australian International Three Day Event, also known as “the only four-star event in the southern hemisphere”.

I have been to Rolex many times and also to Burghley. However, Adelaide definitely has its own personality and flavor. Most notably the size: Australians say that they like to do things “small” and they were right on there. This event holds a CCI2* division and a CCI4* division.

The CCI2* entries were comparable to our divisions at big events (56 entries) but the CCI4* division only had 17 entries. However, what they lack in size, they make up for in enthusiastic spectators.

There were a group of eventers that had made the trek from WA (Western Australia) to compete. WA to Adelaide is a three day trip with your horses on the float (the Aussie term for horse trailer). The WA eventers brought their own cheering section (complete with matching t-shirts) who went wild after every dressage test and jumping round by the WA eventers. 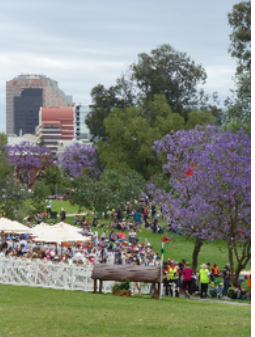 Cross country in the city. Photo by Susan Prorak.

The most unique thing about the event in Adelaide is the cross country course setting. It is right in the midst of Australia’s fifth largest city. Adelaide was a planned city designed by Colonel William Light.

Light’s design set out Adelaide in a grid layout, interspaced by wide boulevards and large public squares, and entirely surrounded by parklands. The cross country course is laid out over three parks that sit on the east side of Adelaide. So the course literally winds around rose gardens, playgrounds, jumps into the park pond and crosses a four-lane road.

Cross country jumps with skyscrapers as the backdrop somehow works in a city that also has an “urban” dolphin pod living only 20 minutes from the city centre. 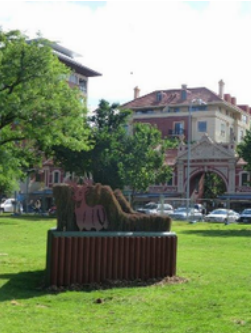 Friday night, following dressage, they held a polo match that was free to the public. What amazed me is that they held the polo match on the same grass arena where the dressage was held. The next day, part of the cross country course ran through that arena, and on Sunday, the show jumping was held there.

That grass footing must be tough as nails to handle all of those hooves without becoming a shoe-sucking, divot ridden disaster. I’m sure the organizers at Kentucky Horse Park would love to run an entire four-star event without having to drag one arena! 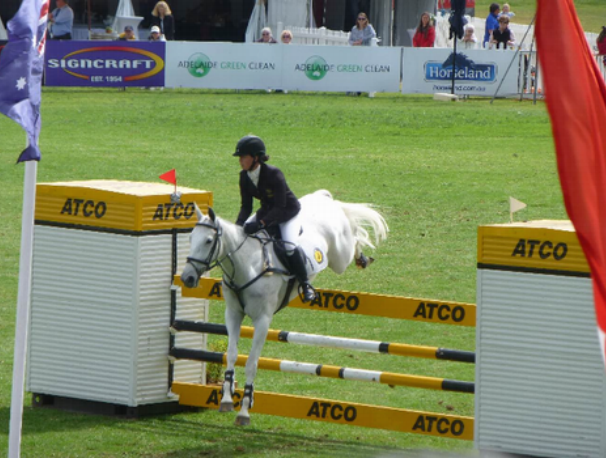 Show jumping day was exciting, with very few clean rounds. In the CCI4* division, it was a real nail biter in the end. The rider in second place, Megan Jones, completely nailed it with a foot perfect, double clean round. The rider in first place, Jessica Manson, rode in on her diminutive, Australian Stock Horse cross, Legal Star.

Jessica then proceeded to lay down a lovely round, also double clean. Since Jessica is a WA eventer and Megan is from Adelaide, you can imagine the crowd craziness that followed both rounds.

Adelaide was a great event and I would highly recommend attending if you ever have the good fortune to be in “Oz” in November. 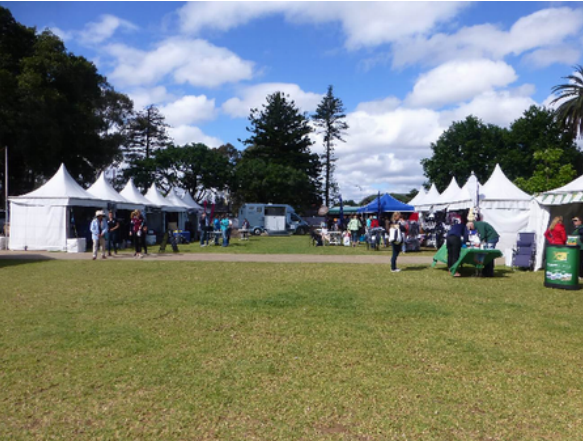 Since I have been lucky enough to attend a few of the CCI4* events, I thought I’d offer up the “top picks” in my own categories:

Best Event for Hipsters: Adelaide wins this for their proximity to many foodie hangouts, nearby wineries and club scene.

Best Selection of Adult Beverages: Burghley’s got this one, hands down. Breweries have local beer and cider, Pimm’s stands everywhere, and specialty liquor of every variety (and alcohol content level) can be found in the food court.

Best Big Screens (both size and placement): Rolex wins this one. The big screens at Rolex are truly BIG (US of A “big”) and placed well to see all the action while you sit in prime spots on the xc course.

Shortest Lines and Closest Seating: Adelaide is the winner here. Minimal to no lines for “real” bathrooms (very few portapotties there). The view from the grandstand seating is great and if you have general admission tickets, you can grab a chair from the food court and plop it down right by the arena.

On show jumping day, you can reserve your seat “old school” style –by going early and putting your jacket/stuff down and returning later (yes, it will still be there, along with your spot to sit).

Most Pants-Crapping Fences: If you have the tendency towards “loss of containment” at the sight of massive fences, then pack an extra set of undies for walking around Burghley—clearly the winner here.

Best Trade Fair: This is a toss-up. Burghley is huge, but so huge that it’s overwhelming and has less tack and more “equestrian lifestyle” products. Rolex has lots of tack but the booths can be crazy crowded with ridiculous lines waiting to pay. Adelaide’s trade fair is small. Like, really small. But, the stuff they had was quality and I spent just as much at Adelaide as I did at Burghley. I guess I’ll just have to go to Badminton to see how they stack up in this category!