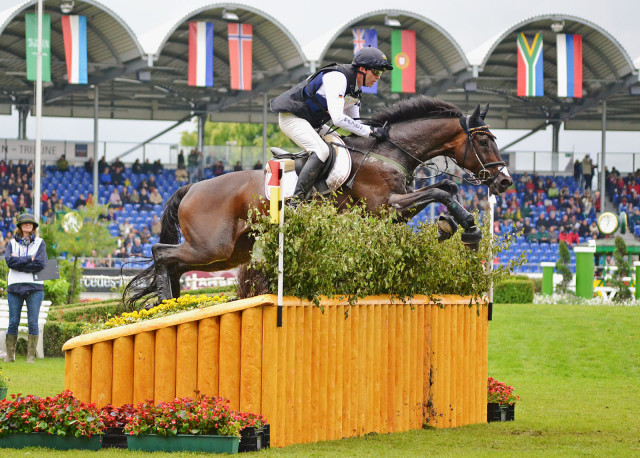 Andreas Dibowski will officially retire FRH Butts Leon at Luhmühlen this year, a venue with significant meaning for this duo, as they won the CCI4* in 2011 and placed in the top six at the event on two other occasions.

“Leon is 18 years old and deserves to be retired while he’s fit and healthy,” Andreas said in a statement. “He has been going strong for 12 years and was the most successful horse I’ve had to date. He looks great and really seems to be enjoying retirement on the fields of his owners Susanne and Holger Heigel.” 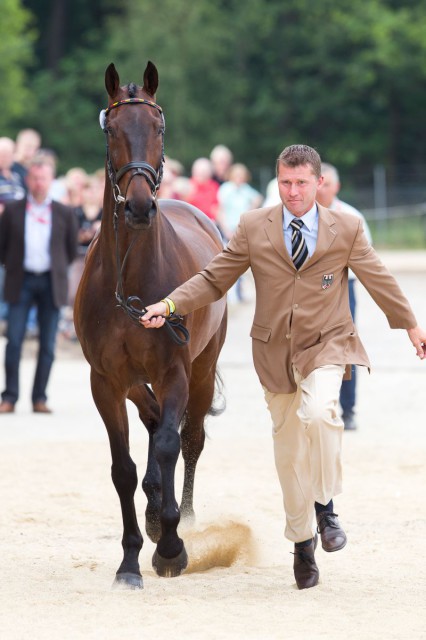 Indeed, Leon had a storied career that will long be remembered. He finished sixth in his first CCI4* at Luhmühlen in 2006, going on to represent Germany at the 2008 Beijing Olympic Games, where he finished eighth individually and won team gold.

The horse continued to rack up top placings at CCI4* events, finishing second at both Luhmühlen and Pau in 2009 and second at Badminton the following year in 2010. He was then named to the 2010 World Equestrian Games squad in Lexington. Leon completed nine CCI4* events in his career, placing in the top six in five of them.

After finishing second at three four-stars in a row during 2009 and 2010, Andreas and Leon finally got their CCI4* win at Luhmühlen in 2011. “It was such a great and moving experience and also our biggest success together,” Andreas said. “I couldn’t think of a better stage for his last lap of honor.” 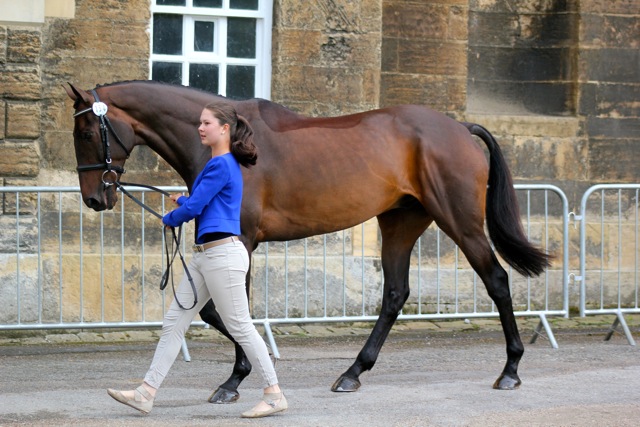 Of course, U.S. eventing fans know the horse especially well, as Leon partnered with Nina Ligon after the Luhmühlen win to help her realize her dream of representing Thailand at the Olympics.

Nina and Leon won the CIC3* at Poplar Place in 2011 and completed the Galway Downs CCI3*, Bramham CIC3* and Barbury Castle CIC3* before going on to the 2012 London Olympic Games, where they jumped clear around cross country to finish 41st individually.

Leon then went back to Andreas, where he helped the German team to a Nations Cup victory at Aachen in 2013 with a fourth-place finish, going on to win the CIC3* at Schenefeld later that year.

We look forward to cheering Leon on as he makes his final public appearance at Luhmühlen this year and wish him all the best for a well-deserved and happy retirement.