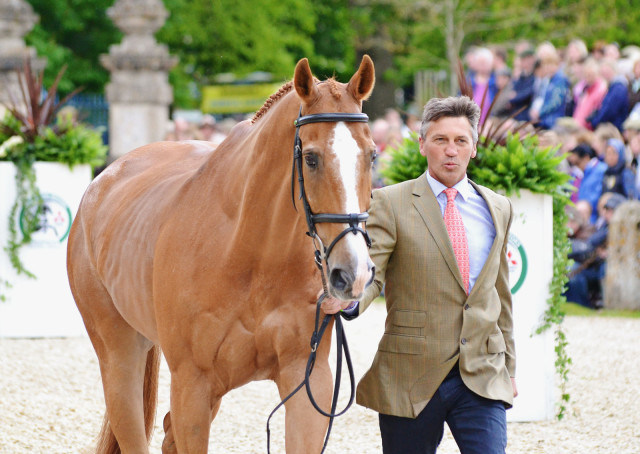 Andrew Nicholson and Nereo at Badminton 2014. Photo by Jenni Autry.

Andrew Nicholson is back in the saddle after a long recovery from an injury sustained in a fall at Gatcombe in August. Andrew fell from Cillnabradden Evo at the final fence on cross country in the Open CIC3* Championships and was later diagnosed with a severe neck injury, undergoing eight hours of surgery to stabilize his cervical spine.

“It feels very comfortable riding now, it doesn’t hurt anywhere and doesn’t really feel like I had much of a break,” Andrew said in an interview with the New Zealand Herald.

“I want to go to compete in Badminton and win Badminton in May but it’s no good just talking about it, you’ve got to be in the right frame of mind and be very clear in the mind about what you’re doing and why you’re doing things and I won’t know that till I get a little further down the line.”

Andrew said the Olympics are not a priority for him at the moment and that he’s focusing on fitness before he gets back to competition. “I don’t want to be competing just to make the numbers, I only want to do it if I can pick up where I left off.”

Andrew recently told Mike Hosking of Newstalk ZB radio in October that he is hoping to be back competing in March or April. We’re delighted to know Andrew is riding again and look forward to seeing him back at events soon.

[Andrew Nicholson is Back on Horse]