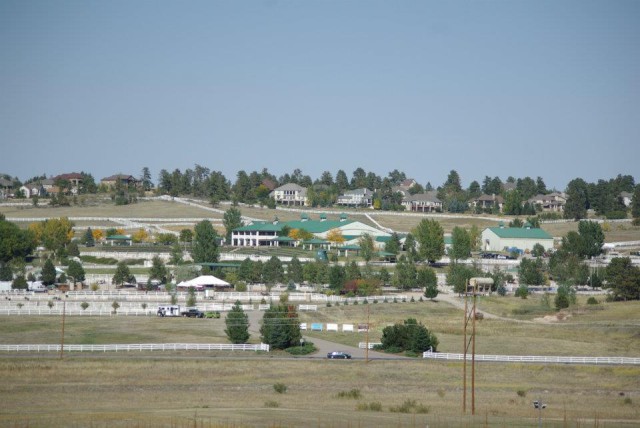 Area IX has rallied to fill the 2018 USEA calendar following the Colorado Horse Park’s announcement that the venue is canceling three horse trials this year in order to concentrate on hosting the American Eventing Championships this fall, Aug. 29-Sept. 2 in Parker, Colorado.

“We canceled the events as we want to put all our resources into the AEC,” Michael Stone, president of Equestrian Sport Productions, told EN. “We want to ensure that the AEC are the best they can be and that is our priority. Unfortunately, we have to manage our resources, and we had to take the difficult decision to cancel the other events. We will still do some eventing derbies, and the dates will be announced shortly.

Area IX Chair Deeda Randle received notification of the canceled events in mid-December. “The August date was always going to be canceled due to the USEA policy of a hosting venue not running an event at least 30 days prior to the AEC,” she said in a memo to Area IX eventers. “This AEC in Colorado will also host non-championship divisions. That means they will run a National level horse trials in conjunction with the AEC.”

While the Colorado Horse Park will still host non-championship Open divisions alongside the AEC, the larger concern for Area IX riders became having enough opportunities on the calendar to qualify for the championships, especially at Preliminary level.

The Area IX council submitted an emergency proposal to the USEA Board of Governors and Executive Committee prior to Christmas and received unanimous approval to make two changes to the 2018 calendar.

The Event at Archer will now host an additional competition in Cheyenne, Wyoming to fill the May 31-June 3 date with Starter to Preliminary levels. Power Basin Horse Trials will also add a Preliminary division to the July 7-8 event in Gillette, Wyoming.

“The addition of Archer, Powder Basin Preliminary and the Open division running at AEC means that we have the same number of Preliminary competitions on the Area IX calendar as originally scheduled for 2018,” Deeda said. “We are short one horse trials in total from what was scheduled in 2018.”

The Event at Archer hosted its first USEA recognized horse trials in 2017 with levels offered through Training. With the addition of Preliminary now approved for Archer’s June event, Allison Murphy and other members of the organizing committee are scrambling to raise $30,000 to build a Preliminary course ahead of the June date. Donations are being taken through GoFundMe.

While the changes to the calendar are providing critical opportunities for Area IX riders to qualify for the AEC, especially at Preliminary level, young riders in the area are still missing an event to qualify for the FEI North American Junior & Young Rider Championships due to the cancellation of the CCI2* and CCI1* at the Colorado Horse Park.

“We do not have access to another venue in Area IX that is able to host such competition on short notice,” Deeda said. “The qualifying time frame for NAJYRC is short, but there are still several CCIs in which to qualify that are in Texas and California. The added expense of travel and the time off of work and school make it unhandy, but still possible to qualify.”

Click here to view the 2018 Area IX competition calendar. Complete information on the additional competition at Archer Farms and the addition of Preliminary level at Powder Basin will be available shortly.

“I would really like to thank all of the Area IX council for stepping up and finding solutions to this loss of competition problem. I would also like to thank the USEA Board of Governors and Executive Committee for expediting the process of allowing for these emergency changes to the Area IX 2018 calendar,” Deeda said.

“Think about what you can do as an individual to support our existing events and organizers. Our demands, needs and expectations as riders have become more sophisticated. These changes are expensive to produce. Every show has its breaking point, be it financial, hours in the day, venue constraints or simply growing old. Remember that by far and away eventing is a labor of love on all fronts.”

Keep up to date on all the latest news from Area IX on their website and Facebook page.