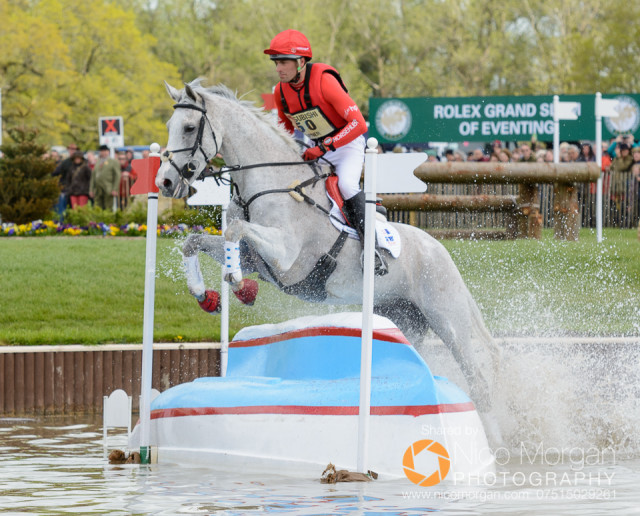 Paul Tapner and Kilronan at Badminton 2014. Photo by the fabulous Nico Morgan Photography.

Just when horses and riders thought they had a handle on Giuseppe della Chiesa’s new Badminton cross-country course, the track will now run in reverse around the Duke of Beaufort’s Park. While Badminton hasn’t released any further information about 2015’s course beyond the change in direction, it’s safe to assume the switch up won’t do anything to soften the track after Giuseppe unveiled his monster design last year.

While this isn’t an Olympics or World Championships year, the 2015 European Eventing Championships at Blair Castle will make Badminton a very influential event for Europeans as they look to impress selectors and land a spot on their respective teams. Badminton entries, which open mid-February and close March 15, should be very strong.

Badminton debuted Giuseppe’s new course in April last year, but hopefully we’ll get a few sneak peeks before then. In the meantime, you can click here to reminisce about last year’s course, which caused total chaos and ultimately earned Pierre Michelet’s WEG course the moniker of ‘Badminton 2.0’. The Badminton box office opened last week, so tickets can be purchased at this link.