What’s it like to contest your first Badminton Horse Trials? Kathy Carter speaks with two riders — Tom Jackson, who is contesting the CCI4*, and Sophie Leaney, who is competing in the Motors Cup — on the eve of their debuts at the iconic event. 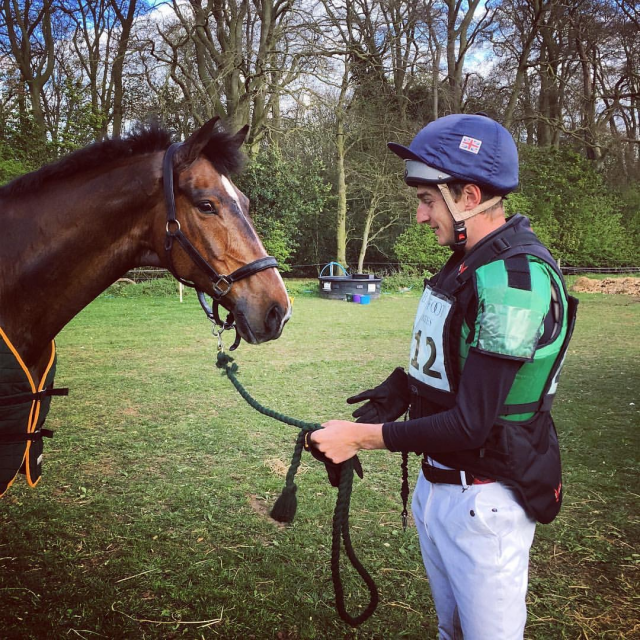 British eventer Tom Jackson has a score to settle at Badminton with his home-produced, 14-year-old gelding, Waltham Fiddlers Find. One of the UK’s most promising young eventers, Tom was called up for the senior team for the FEI European Eventing Championships in 2015; however the horse, “Wes” to his friends, suffered an injury and the pair had to withdraw.

Wes, owned by Tom and his parents Ian and Sara Jackson, placed sixth in the Under 25 CCI3* at Bramham in 2015, but suffered another injury in 2016, meaning some lengthy time off — so his road to Badminton 2017 has included a rather narrow fitness window. Tom’s been busy competing already this year, notably placing fifth at Burnham Market three star CIC with the exciting young mare Dusty II, and Wes cruised easily into the top twenty at Burnham Market three star CIC recently, placing sixteenth.

“He was off last year due to injury and had quite a few runs to get back into it,” says the Kent-based eventer. “Qualifying for Badminton means so much, as Wes was my first horse from ponies. He came with me all the way through Pony Club, and we went through Juniors and Young Riders together.”

Tom and his family bought Wes at age 4 from a dealer, when Tom was 14. “He now has plenty of experience — whilst I have wanted to keep him safe ahead of Badminton, it has been ‘do or die’  to an extent. We have had to get him fit quite quickly, starting with Gt. Witchingham H.T. in March in the Open Intermediate, where we placed 15th. We also competed at the Advanced-Intermediate at the South of England, but just in the show jumping and dressage.” The pair earned a respectable 35.8, good for a top five placing.

When asked how he feels about contesting one of the most formidable cross country tracks in the world,  Tom says that until now, he’s been putting the enormity of his qualification for the event to back of mind and taking each day as it comes. “There are so many unknowns, and it’s not feeling very real yet,” he says. 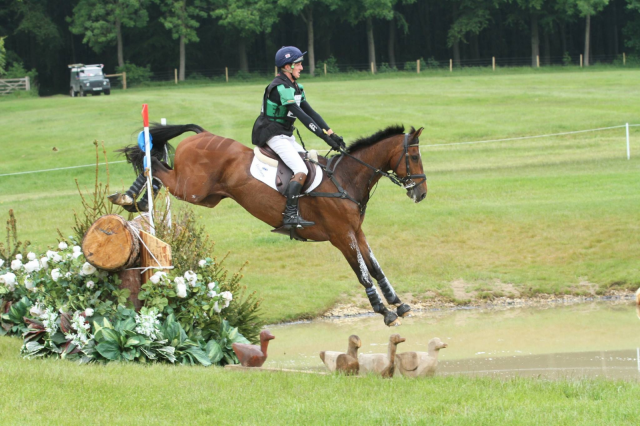 While just going clear would be most debutantes’ goal, Tom wants to be the best-placed Under 25 year old in the field. “I want to do well. I’d love to win Badminton one day,” he says. “Spectating at Badminton is what got me hooked on eventing all those years ago. Wes was my very first horse, and at every stage I have stepped up, we have stepped up together. He’s had some set-backs — at one point we thought he may not event again — but he’s fighting fit now. I expect if we do well, I will get emotional!”

We wish Tom and Wes all the best at their debut Badminton!

There’s no denying the buzz and excitement around Badminton Horse Trials; it’s the jewel in the crown of the British eventing scene. But of equal importance at the event, and often less reported and recognised, is the Mitsubishi Motors Cup, which runs from Tuesday, May 2, to Wednesday, May 3, and was formerly known as the Grassroots Championships.

The Motors Cup offers amateur riders the chance to qualify throughout the season and all over Great Britain for the chance to ride at Badminton. “The setting of Badminton House and the excitement generated by being part of the foremost Three Day Event in the world give these Championships a very special feeling, while riders, owners, family, friends and officials all contribute to a wonderfully relaxed atmosphere,” the organisers explains. 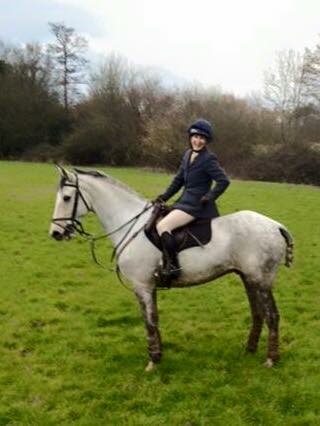 Sophie Leaney and Galloway Mist, who are debuting at the 2017 Motors Cup, are pictured hunting with the UK’s Coakham Bloodhounds. Photo courtesy of Sophie Leaney.

Kent-based British rider Sophie Leaney is contesting the championships for the first time this year with Galloway Mist. We asked her how she’s feeling ahead of the prestigious event.

“After three years trying to qualify for the final, I am delighted that we finally did it!” Sophie tells us. “I’m going to give it my best shot, go out to win, but also with no pressure. I want to enjoy the experience and get round safely. I saw last year’s event, which looked nice and inviting, but I haven’t yet seen this year’s course.”

Sophie and “Eric” are no stranger to the ribbons at BE100  — their best results have been a second at Goring Health Horse Trials, and a recent fifth at Poplar Park. “Eric is five years old; he’s a laid back, lazy-at-times gentleman,” she says. “He definitely perks up when he does bloodhound hunting in the winter however, which is his favourite thing. Whenever I turn up at the yard, the gate opens, and he always gives me a call!”

Like all amateur riders, Sophie is very busy with a full time job — so, how does she juggle riding, training and competing at one of the sport’s most famous venues with a career?

“It’s hard with a full-time job, plus I have a 7-year-old son, who I am dropping off at school, etc. So I have to do a bit of juggling around in the evenings, working out when best to exercise Eric,” she says. “But I have good family support behind me, especially my mum Faye and my sister Sharon, who help out when possible.” 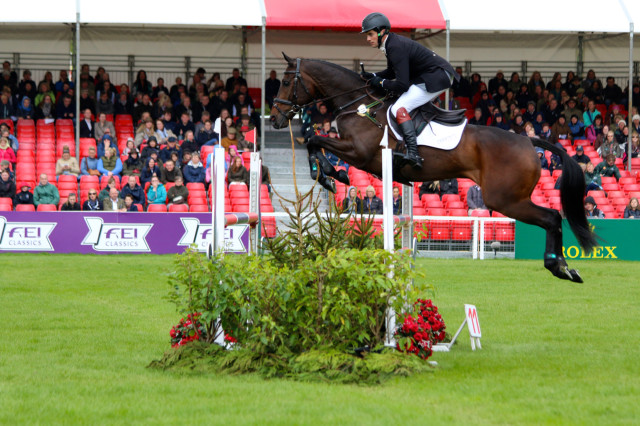 Some riders start their eventing careers at the Motors Cup. Ben Way went onto contest Badminton H.T. after competing in the Grassroots Championship. Photo by Samantha Clark.

The opportunity to ride at Badminton is thrilling, but what is Sophie most looking forward to about the Motors Cup? “I’m going to treat it like a holiday, and have taken the week off work,” she tells EN. “I will soak up the atmosphere, have some fun (with maybe a drink or two), but also put the hard work in when required!”

We wish Sophie and her fellow entrants lots of luck for the Motors Cup — more info can be found here.