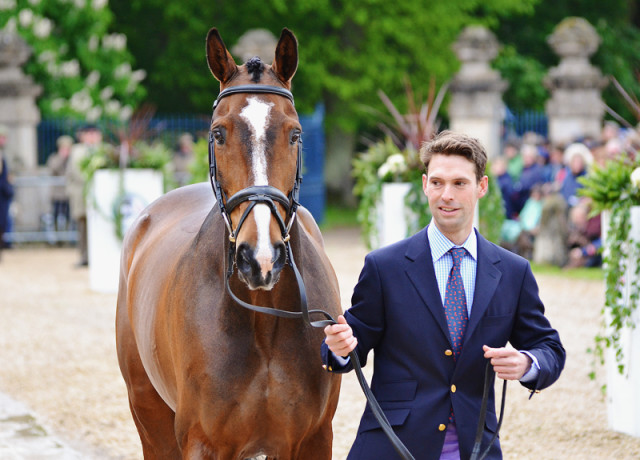 Now that Badminton 2014 is over, let’s take a look at the words flying around the interweb.  [Final Badminton Horse Trials results]

From the fabulous At Badminton Blog:

What Did the Prizewinners Have to Say?   Riders offer some positive reviews of the tough cross-country course, and third placed Harry Meade says, “I just did what I’ve done for the last nine years. I was pretty relaxed – the last 6 months have put things into perspective so I wasn’t feeling over ambitious. I simply wanted to enjoy it. The result has exceeded all expectations though!”

Frangible Pins — Where Were They Triggered?   Of the nine fences equipped with frangible pins, the safety devices were put into use at four different obstacles– up to seven times at one in particular.

Riders Reactions to Cross-Country   Hear it “straight from the horse’s mouth” as riders offered their thoughts on how the course rode.  Many agreed that the footing really took a lot out of their horses, and praised the heart and effort of their mounts.

An Owner’s Tale: Charlotte Opperman  Charlotte Opperman owns Harry Meade’s mount Wild Lone– her first time owning an event horse.  She admitted to feeling nervous about cross-country after watching the “carnage” happening earlier in the day– but at the end, the feeling of total elation.

If #nicholsonontwitter was the spring fling of 2013, #WheresWhittington is the hit of 2014.  The twitter hashtag garnered plenty of attention throughout Badminton week, making Francis Whittington photos pop up everywhere– even with the EN Chinch!  Francis even had his own contest going, much to the delight of his fans!

The Horse & Hound never disappoints with their Badminton coverage:

Read the H&H cross-country report, with plenty of quotes from riders and course designer, Guiseppe della Chiesa.  While it’s disappointing that only 35 of the 78 starters completed, Paul Tapner said “We want it to be influential,” and it certainly was.

From a different perspective: The British Grooms Association caught up with Imogen Mercer, groom for winner Sam Griffiths and Paulank Brockagh (Brocks). “After cross country you have to make sure that you don’t miss anything in case you need to get the ice on. If you miss something and a leg blows up that could be game over. After Brocks had cooled off I gave her another bath so that all I had to do in the morning was plait for the trot up. I am lucky with Brocks that she is very tough and we just iced her as you would routinely ice any horse.”

Want some video highlights?  Click here for 3 minutes of cross-country highlights from harveywetdog.  And even if you’ve already seen it, this video of Mary King’s awesome save is worth watching again!  Need some cuteness?  How about the Shetland Pony Grand National?

And last, a touching Instagram:  After a terrible crushing fall last year, Harry Meade wasn’t sure if he’d ever ride again.  He recovered fully, and finished third at one of the most difficult Badmintons in this century.  Two thumbs up, Harry!