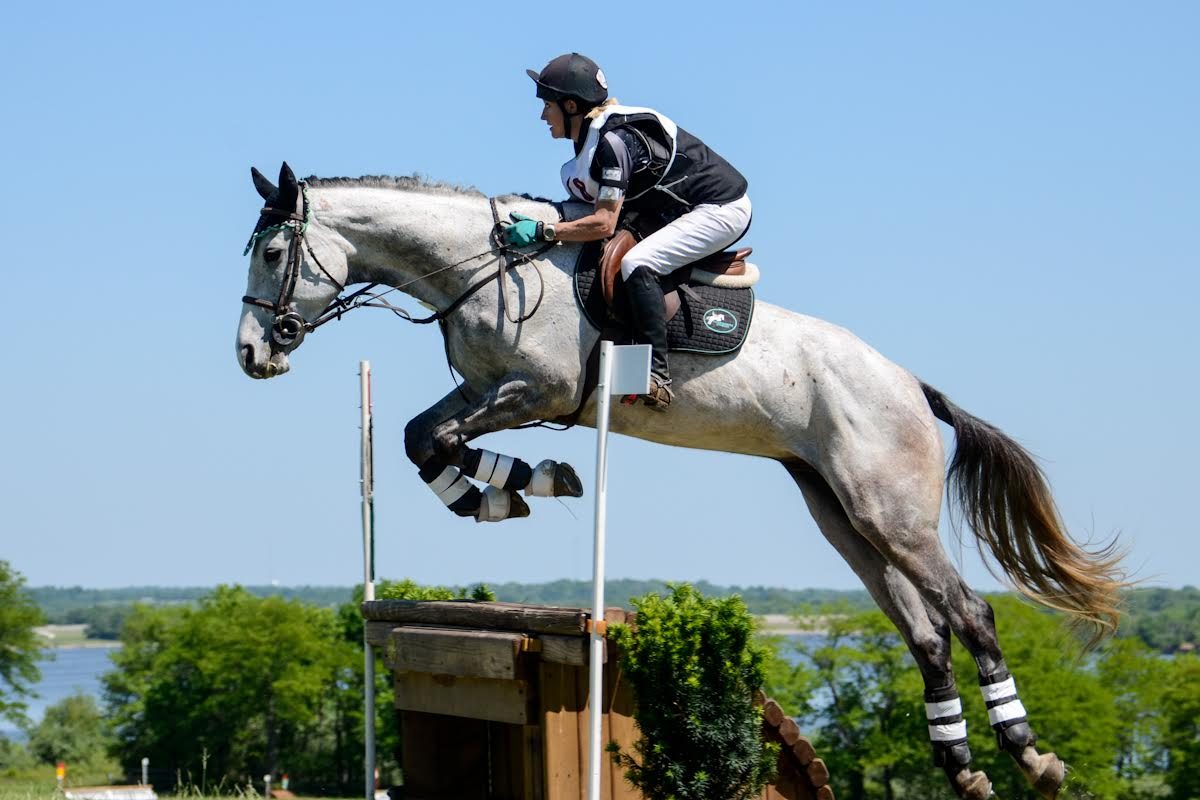 Amy and her tortoise (“Well, he desperately wants to be the hare!”) Photo by Merrick Studios.

How do you get your young, enthusiastic event horse to win at the upper levels? By losing at the lower levels. The key is helping your hasty hare to think like a thoughtful tortoise.

“Never win a speed class until you are at the highest level you want to be.” A Grand Prix level jumper trainer told me this years ago, and it stuck with me. As he has had students represent Germany in the Olympics, and has gone to the Grand Prix level in jumpers (as well as dressage), he knows what he’s talking about. “Slow DOOOOOOOWWWWN!!” he would bark, with his thick German accent and imposing stature. “He has to be CAHFUL!!!” (careful). He explained to me that if your goal is to do 5’3”jumps, there is no point in going as fast as you can at 2’6” just to win a 50 cent ribbon.

The same can be true in eventing. Is your goal to be Champion Beginner Novice Level Eventer? If it is, by all means, go fast. Go for the first place ribbon! Let your experienced horse stretch his legs and have some fun. If you goal is to go higher, whether it be Prelim level or all the way to four-star, if you are on a young/green horse who is new to the level or the sport — throw away your watch. Don’t set your timer. Slow and steady wins the race.

Remember the tortoise and the hare? Teach your horse to be thoughtful, and careful, and take his time before you add the complication of speed. There’s no shame in coming in last place when you had the best ride to set him up for higher levels. It’s not about winning. It’s about showing your horse how to play the game.

Recently I took a six-year-old to his first Training level event. While he is full of speed and enthusiasm on cross country I did not even set my watch. The rulebook says you can go at your own pace with the only penalty being time, so long as you stay under the time limit. Make sure you pay attention to the jump judges — if you are about to be overtaken they will give you instructions on when to pull up to give the other rider the right of way. But you can use every bit of that time limit to get your horse’s head in the game.

My goal was for him to listen, not to win. I wasn’t worried about time faults or NQRs. There is no point in going as I could at Training level when my goal with him is three- or four-star. Pay attention to where your feet go. Listen when I ask you to come back and soften. Focus on the multi-element questions. He went clear with a handful of time penalties (well under the limit) and I was happy! He was thinking. He was rideable. He was confident.

This is not to say move your horse up a level before he’s ready. That’s a recipe for disaster! But don’t be in such a hurry to win over smaller fences when you have your sights set higher.

How often do we see horses that seemingly “came out of nowhere.” They were unnoticed early in their careers and didn’t win a lot … until … BOOM!! They hit a hot streak. Maybe this is by design. Maybe they were taught at the lower levels to be focused and thoughtful. They became proficient at the fundamentals so that at the higher levels adding speed was the easiest part of the game.

So how do you win at the higher levels? By losing at the lower ones. Be the tortoise.

Amy Nelson has been riding hunter/jumpers and eventers for 25 years and is based in Rochester, IL.  She retrains OTTBs, problem horses, and trains eventers at her own show barn, Hummingbird Stables.  She competes with OTTBs in upper level eventing, has qualified for the AECs at many levels, and has competed in the RRP Thoroughbred Makeover.  Her goals are to compete at the one-star level this year, and eventually four-star. You can follow Amy on Facebook here and on Instagram at @amynelsoneventer. Check out more of her “Eventing Shorts” on EN’s Blogger’s Row.