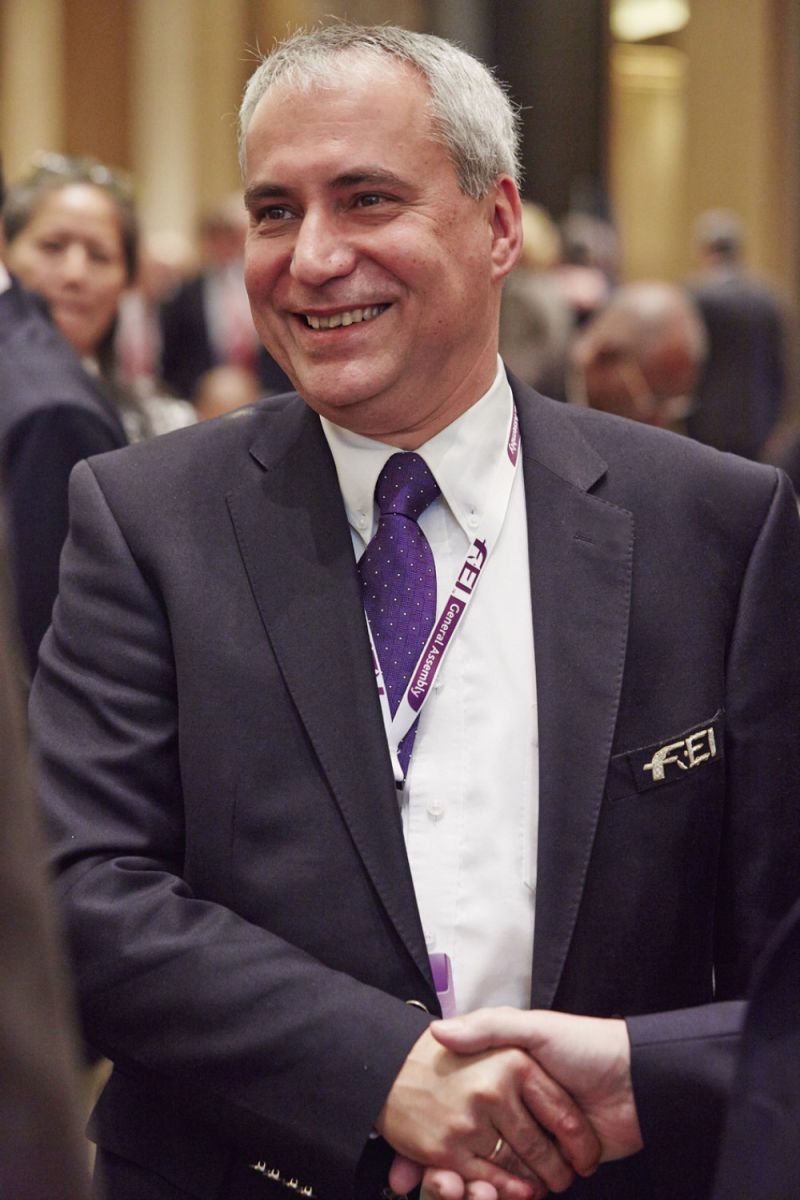 Ingmar De Vos after his landslide victory in the election for the FEI Presidency in Baku (AZE). Photo by Liz Gregg/FEI

While America slept, Belgium’s Ingmar de Vos was elected as the new FEI President at the FEI General Assembly in Azerbaijan. It was a landslide victory, with De Vos earning 98 votes out of a possible 131 to emerge the clear winner over the remaining candidates.

“I’m really very honored and overwhelmed by this enormous support,” De Vos said in a statement. “And I would like to thank you from the bottom of my heart for your confidence.”

De Vos, 51, will take over the Presidency from HRH Princess Haya at the conclusion of today’s FEI General Assembly. He will serve a four-year term and will be eligible for re-election for up to three consecutive terms. De Vos is expected to resign as FEI Secretary General, a position he has held since May 2011, and appoint an interim until a permanent replacement is found.

“Elections are always difficult, as it splits a little bit the family, but I guarantee that I will be the president of all of you, I will serve all the members of our community and I will work very hard to keep this unity,” De Vos said.

In a press conference this morning, De Vos explained that he never planned to stand for the presidency and had hoped outgoing president HRH Princess Haya would stay on for a third term, particularly since an extraordinary general assembly had been called to change the statutes which would have allowed her to do so. However when she announced in August she would step down, De Vos said he was repeatedly contacted by local and national federations and encouraged to put forth a candidacy.

“I am proud and honored with all the support,” he said. “It proved their request was sincere and coming from the heart.”

De Vos thanked Haya for her contributions to the sport and said he wants to keep the “momentum and the legacy of Princess Haya preserved. She gave us great leadership in how to tackle things, how to modernize our organization, having much more interest for media, for television, for good sports concepts. I think we need to preserve that.

“I believe we have a lot of new challenges. These are the result of being in the competition with other sports in other disciplines. There are much more sports now in the world than before and they are all fighting for the attention of media to get on television, to be broadcast, to be public.”

Working with the community to make equestrian sports beautiful for television and better understood by the audience is one of De Vos’s goals, and he has stated before that equestrian sports must adapt to modern media. “We need to work hard and make the sport more global than ever before.”

Remunerations, De Vos said, leads to good governance and “binds the president more to the organization and makes him or her more accountable.”

De Vos stated that he will ask the bureau to consider offering compensation or making the presidency a full-time position within the organization but that it will “change nothing” for him if it the answer is no.