We recently announced the final three Blogger Contest finalists, and now we’re bringing you each submission from Round 2 here on Bloggers Row. We will be posting all six entries over the next few days, so be sure to check them out and leave your feedback in the comments.

All entries will be reprinted without editing for fairness’ sake. Thanks again for your support and readership, EN! We are thrilled to have such quality entries yet again this year. 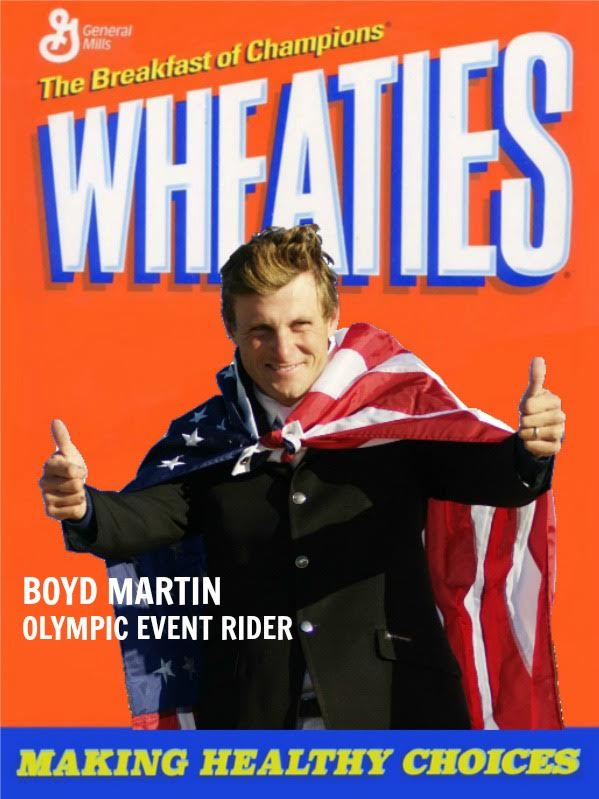 Name changes and format changes will do little in enticing the mainstream public to show more interest in our sport. There seems little point in trying to make eventing seem more exciting or more appealing to the non-horse folk, for galloping across country and jumping massive ditches, drops, boxes, and everything in between seems as if it would already be exciting enough. And perhaps the public does lack full understanding of some of the scoring and formatting of eventing, but would that really stop them from watching? Surely our scoring system is not much harder to grasp than that of the far more widely watched sport of gymnastics. So why does the mainstream public lack enticement in our sport?

Name recognition. Nobody outside of our little community knows the names of our top riders and competitors. And you say, “But why should they?” Well I know the names of everyone on the U.S. women’s Gymnastics team going into the Olympics and I know the names of all the top swimmers as well even though I care very, very little for those sports on any regular basis. And guess what, when those Olympic gymnastics routines air on TV, my family and I sit down to watch the ‘Fierce Five’ and to ooh and ahh at all of their fancy flips. And when Michael Phelps steps up to the side of the pool to bring home another gold, we’re right back on the couch to watch. At school the next day the hallways buzz with excitement as students take every free moment to turn to their friends and talk about last night’s 100-meter Freestyle. But ask almost any one of those students if they watched the eventing competition when it aired and there’s a good chance that they couldn’t even tell you whether eventing competitors ride in canoes or on horses. And why is this? It’s because they don’t really even know who to cheer for. Other sport’s competitors get so much publicity. They’re on the news, they’re in magazines, and they’re the spokespeople for well-known companies.  You see their faces everywhere.

And why not eventers?

I can picture it now, Members of that mainstream public searching for that familiar orange cereal box only to pick it up and find an unfamiliar face. Beside the image it reads, ‘Boyd Martin, Olympic Event Rider’. They turn the box on its side and there is a short blurb about Boyd and about the sport. “Hmm, I might have to watch that”, they think as they purchase the cereal.

It’s perfect. Let’s put Sam Griffiths on a billboard in Australia. Let’s put Buck Davidson on Sesame Street. Let’s get William Fox-Pitt to meet the Queen (Okay, that one is maybe a bit of a long shot). Let’s give people someone to cheer for and to watch for and to talk about the next day.