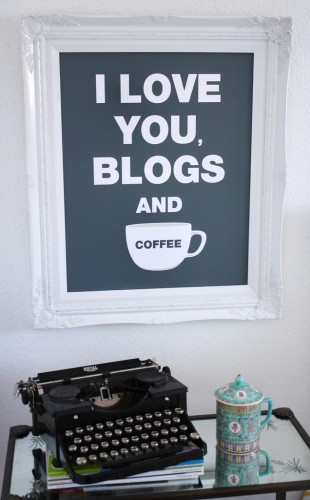 I announced the Blogger Contest final four on Friday; now I’m bringing you their victorious Round 2 entries in individual installments. Their Assignment: If you had the power to make three changes to the sport of eventing, what would they be? Next up: Erin Critz. Each entry will be presented unedited for fairness’ sake. Thanks as always for reading, Eventing Nation. Please leave feedback in the comments section. Click here for Sally Spickard’s Round 2 entry and here for Rick Wallace’s Round 2 entry.

Bio: Erin Critz is a former radio DJ, current IT professional and recovering Hunter/Jumper rider. Erin and her Morgan mare Akira Beijing compete in the Beginner Novice division on the West Coast. She aspires to tackle the N3D at Rebecca Farms in 2014 and finds writing 50 word bios challenging.

Entry: Being asked what three things you’d change about your sport is really kind of a daunting question if you think about it. At first glance, it’s a fun, slightly fanciful question that requires you know enough about the material to speak to it in an educated fashion. Hidden in the question though is the tricky bit – the question has the potential to out you for who you really are. Very crafty, EN. Very crafty.

When you get down to it – I’m new at this whole Eventing thing. I came out to my friends and family as Eventing-curious in the summer of 2010 via a Facebook post:

Btw H/J friends and family this is me officially coming out of the closet as Eventing-curious. I’m not a full blown Eventer- I’m just experimenting with solid fences. Then again the previous Dressage flirtations may have given some of you a clue. Scandalous pix later tonight!

I referred to myself as Eventing-curious at the time because I was worried about the response and I thought maybe if I kept telling myself it was just a phase, it would be just that – a phase, something I did for a season or two. My friends and family accepted me for me though and I am beginning to be able to say “I am an Eventer” without the usual disclaimer of my Hunter/Jumper past.

With this newness to Eventing, I almost feel like I don’t have a right to answer a question like this – there’s so much out there that could be different for better or for worse. Do I attempt to tackle the Big Issues – the One Fall Rule or horses potentially being pushed to the limit with the current qualification system?

I could – yes, but that’s not me. Those kind of questions and problems need answers when you point them out and I don’t have those. That’s what the Eventing sages, superstars and-people-smarter-than-me are here for.

Me? I’m here for fun. That’s really the long and the short of it and why a question like this is hard for me – I’m having fun. I have yet to really start my own trek up the levels and those sorts of concerns still feel so removed from what I’m doing.

So that presents me with the real question – What would make Eventing MORE fun for me?

First, lets be honest. Real talk here. No one actually enjoys Dressage. If you find yourself saying “…but I enjoy Dressage,”, just stop. You don’t have to lie – we’re among friends here. We need to do something to make Dressage something more than what we suffer through to get to the fun stuff.. I’ve started this process on an individual level. I’ve accepted the fact that my Dressage tests are two minutes worth of set up for a punchline after the final halt – a panicked look to the judge’s booth after my salute and a breathless “We made time, right?!” If I can make the scribe laugh, it was a good test. If I can make the Judge laugh as well, a great test. One of these days when I am feeling very sassy, I just might have to up the ante on my gimmick and have a whole 10-minute box crew rush in. I promise there will be video.

Perhaps the answer is to shift Dressage from the same boring tests to a speed event. Everything else is timed, right? If I have a good time zooming around the sandbox at warp speed, I’m far less inclined to judge you with your beautiful score of 24 and comments like ‘Outstanding Geometry’ and ‘Consistent Rhythm’ while I sit here with my 49, ‘Tension’ and ‘Too Reactive’ scrawled all over my test.

Second, music. We all have it – that one song that gets you stoked. It energizes you and gets you ready to unleash the inner beast. As much as I love the fact that I have heard things over the speakers that make me sound like a total bad ass (“Erin Critz, The Blitz, on Akira Beijing clear thru the water”), I want my jams.

Imagine it – “5, 4, 3, 2, 1 – Have a good trip!” And then there it is: your song as you valiantly spring in to action. Speakers at every fence, timed with your ride so it’s there – giving you that extra edge. Problem is, I don’t know what I’d choose – Flight of the Valkyries seems the comedic and yet somehow sensible choice for a 33 year old woman on a pony cruising around BN. Also when I move up to Novice, the jump judge will no longer be able to hear me on the approach to the down bank: “Yea, though I gallop up to the down-bank of death, I will fear no drop: for my horse is honest; my whip and grab strap they comfort me!”

Music, of course, would have to be submitted with your entry fees. If you fail to include or indicate your song of choice, your trainer and friends would be notified immediately and they’d be allowed to submit something ridiculous on your behalf like Rafi’s Banana Phone or Peanut Butter Jelly Time.

And finally, speaking of entries – can we work on some global unity when it comes to the naming of the levels? It worries me a bit that I could be filling out a British entry form, circle Novice and then suddenly find myself heading out to a Prelim trip. This is not to suggest that I plan to go to the UK and Event any time soon, but these are the things I secretly worry about when I look at the strange twists and turns my life has taken. On top of that we also have to deal with the awkwardly named collection of CCI-CIC-CCIO-EIEIO-BBQ-BRB-IDK-star levels.

I know those of you that have been at this forever are saying “You’re so silly, it makes perfect sense!”, but no – it really doesn’t. I know we’re dealing with the FEI and that’s a whole other bag of hairnets and saddle soap, but hear me out. As someone newer to the sport, I find myself struggling to explain to my non-Eventing friends and family where these go in the order of difficulty. I understand that they’re essentially the international Preliminary, Intermediate, and Advanced levels with some harder questions. When I try to explain a one star to non-Eventing friends and family I come up with underwhelming answers like “Uh, it’s Prelim-Plus? I guess? Maybe? It’s big.” If we unify the naming schemata across the globe these sorts of awkward statements and idle daydreaming worries will be eliminated. Obviously, I can’t be in charge of the naming conventions because Prelim-Plus sounds like some sort of poorly named energy drink.

In all honesty, for me and at my level, there isn’t much I want to change – I love what I’m doing now and being around the amazing and inspirational people in the sport and my barn. If you’ll excuse me though, Team Dragonfire is off to school cross country today and I’ve got some sort of watch or saddle pad based speaker-system to rig up as well as down bank therapy to prepare for. Go Team DF. Go Fun. Go Eventing.