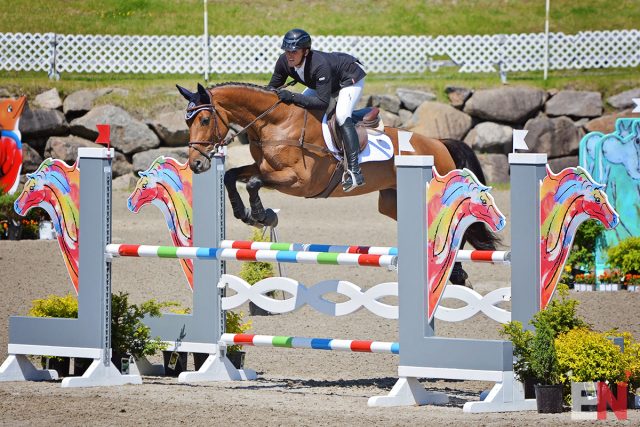 Show jumping proved to be the deciding factor for both CCI2*-L divisions at the MARS EQUESTRIAN Bromont CCI Three-Day Event, with the winners both rising from third place after cross country to taste victory.

Just 10 of the 25 pairs in the CCI2*-L delivered clear rounds over Marc Donovan’s course. Bobby Meyerhoff and Lumumba, an 8-year-old Mecklenburg (Levisonn X Lamara, by Lamarc) owned by The Donovan Group, finished on their dressage score of 30.6 in the mare’s debut at the level.

Bobby found “Lulu” as a 7-year-old in Germany who had never evented. “Ever since day one, she was lovely to produce and ride and train. She has all the personality traits I look for and want in a good horse. She loves to work, and she just keeps improving and improving, and she loves to try.”

He planned to target the Bromont CCI2*-L with her since last year. “I imagined how she was going to be around the course. She went just how I thought she would. She’s a really keen horse with a big stride and a big gallop. She just eats it up with her personality. … We all try to win, and I said I’d like to try to go and win that show. For it to happen was pretty cool.”

Since retiring his five-star partner Dunlavin’s Token, Bobby has exciting up-and-coming horses stepping up to the higher levels, and he thinks Lulu has all the pieces to keep progressing through the levels.

“I’ve got a couple other ones that I’m producing that are a little further along than her, but with her class and her personality and her work ethic, I think she’s going to go all the way and be successful. She has the quality and the desire to win, and she likes to win, so I think she has a lot of potential.”

Rebecca Brown and her own Harbin, a 9-year-old Irish Thoroughbred gelding (Verglas X Rainbow City, by Rainbow Quest), jumped a clear round to move from fifth up to second place on 33.2 in the horse’s debut at the level.

Click here to view final scores in the CCI2*-L. 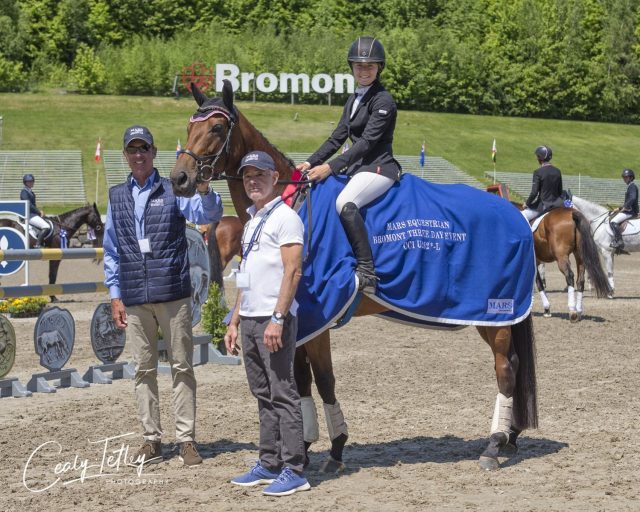 Show jumping also shook up the CCIU252*-L, with just 41% of the field jumping clear rounds. Gabrielle Hutchison and Straight Moonshine prevailed in their debut at the level to win on their dressage score of 34.0.

Gabrielle bought “Moony,” a 7-year-old Thoroughbred mare (Malibu Moonshine X Straight Blues, by Straight Man), from a polo player in Aiken as a 4-year-old after she retired with four starts on the track. She started as a working student for Erin Sylvester in February and has been gearing up for Bromont ever since.

“She’s been better than I ever could have asked for her to be. She can be a bit spooky and a bit wild, but she’s been calm all weekend, and she gave me everything she had,” Gabrielle said. “She was perfect yesterday. I thought I was down on the time, but she came in 20 seconds under. … I knew it was going to be the biggest course she had ever seen, and I hoped to finish on her dressage score, so for us to win is just a bonus.

Mike Pendleton and Carlsburg, a 7-year-old Irish Sport Horse (Puissance X Flame and Passion, by Cruising) owned by Boyd Martin and Steve Blauner, had one rail down to finish second on 34.3 in the horse’s debut at the level.

“Min” had his first retirement nine years ago here at Bromont when he won the CCI2*-L with Boyd Martin, and he returned to the international level in 2017 with Joe, a longtime working student for Boyd. Happy retirement, Min!

Click here to view final scores in the CCIU252*-L.

Stay tuned for the final report from the CCI3*-L, CCIU253*-L and CCI3*-S. You can watch the replay of show jumping for all divisions at this link. Click here to catch up on all of EN’s Bromont coverage. 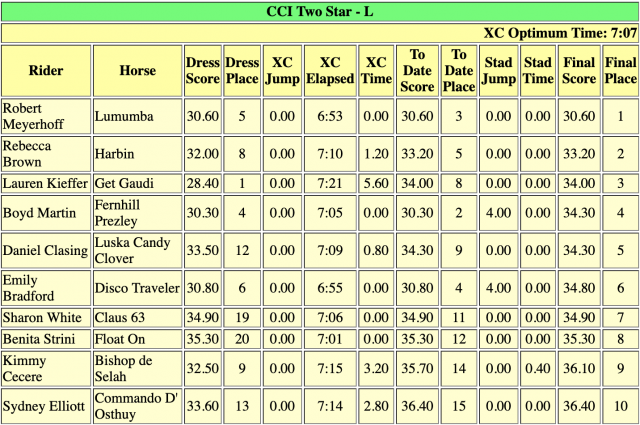 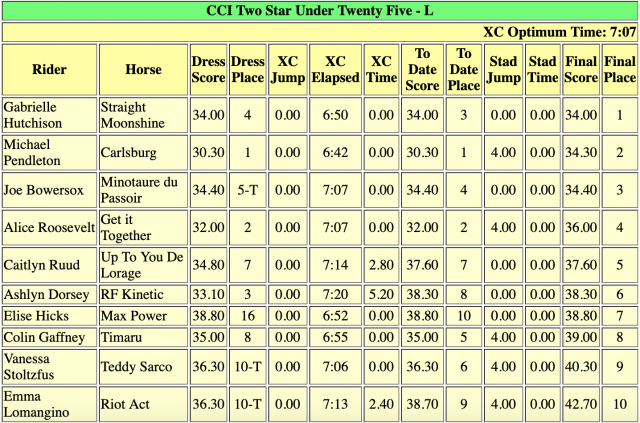