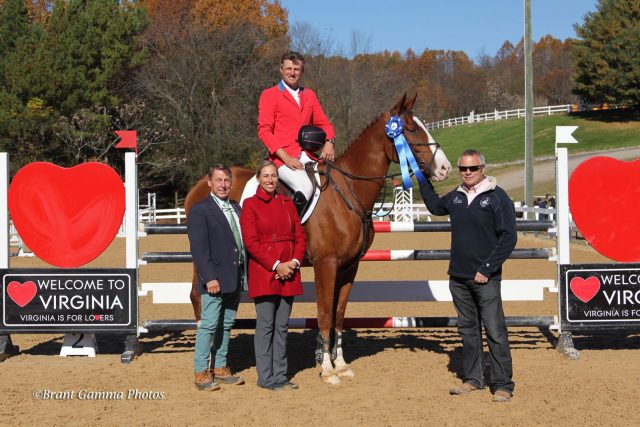 The Virginia CCI/CIC & Horse Trials (VHT) wrapped up today at the Virginia Horse Center. The final phase of show jumping altered the top of the CCI leaderboards and the results of the 2018 USEF CCI1* Eventing National Championships.

Boyd Martin picked up a second international win, having already won the CIC2* on Saturday. Today he entered the show jumping arena sitting first and second in the CCI2*. A rail down for Barry, a 9-year-old Canadian Sport Horse he owns with Nancy Hathaway and Kathleen Crompton, dropped the horse to third place. A clear round meant victory for Denise Lahey and Pierre Colin’s homebred Contestor. Boyd was pleased for Contestor’s connections but disappointed in himself for taking a rail on Barry.

“Barry deserved to win because he was jumping really well. I made a major error turning him in the air over a vertical. I heard him just tick it behind so that rail was definitely my fault. He wanted to jump clear,” said Boyd, who owns the horse with Windurra, USA.

The 11-year-old KWPN Contestor has now added a second two-star victory to his record, having won the Bromont CIC2* in the summer. “I find a lot of pleasure in riding horses for owners that really love their horse. Denise Lahey and Pierre Colin bred the horse and love the horse like it’s their child. A win at this and Bromont is a thrill for me because it’s so satisfying for those guys that backed me for many years,” he said. 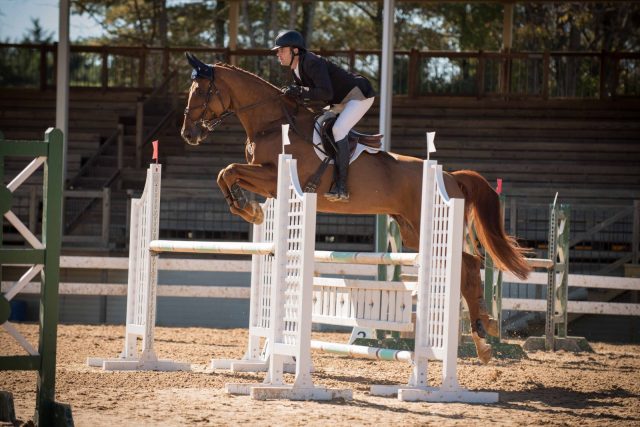 Australia’s Ryan Wood and Ruby, a 9-year-old Oldenburg mare owned by Summit Sporthorses Ltd., commanded the CCI1*-A division throughout the competition. They had one rail in hand for show jumping, which they used up at the very first fence on course, but they finished without additional penalties and won by less than a point.

“I tried to not think about the rail and just be efficient as time could be a factor. She woke up after that first fence and really came off the ground. It was really nice to see her lead from start to finish,” he said. “Thanks to her breeder, Ilona English, for breeding another top class horse. It’s great to have them coming through. Her half-brother Powell won this same event a few years ago.” 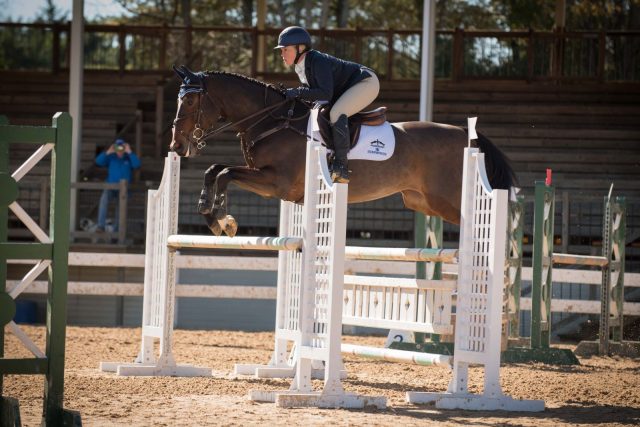 Colleen Rutledge and C Me Fly. Photo by Leslie Threlkeld.

Finishing in second place in the CIC1*-A division and taking home the USEF CCI1* Eventing National Championship title as the highest placed American rider was Colleen Rutledge and 6-year-old Westphalian mare, C Me Fly, who started the competition in a three-way tie.

“She is a recent import from Germany and she has exceeded every expectation I have had for her this year,” she said. Tackling the mare’s first CCI1* this weekend, Colleen didn’t know how she would show jump after cross country. “She felt the terrain from yesterday and I had to be a little more aggressive with my leg and she just answered everything in spades. I couldn’t have asked for her to be any better across this entire  weekend.”

Colleen acknowledged that show jumping is a difficult phase for her and she’s been determined to get better. “I’ve been working really hard not only to improve my eye but to improve my horses’ elasticity and flexibility and their ability to stay on a 12-foot step. C Me Fly is naturally an exceptionally good show jumper and I’m so fortunate to be able to keep working on myself with something like her that is just starting her career. She gives me so much more confidence to know that even if I screw up she’s going to be there and help me out.” 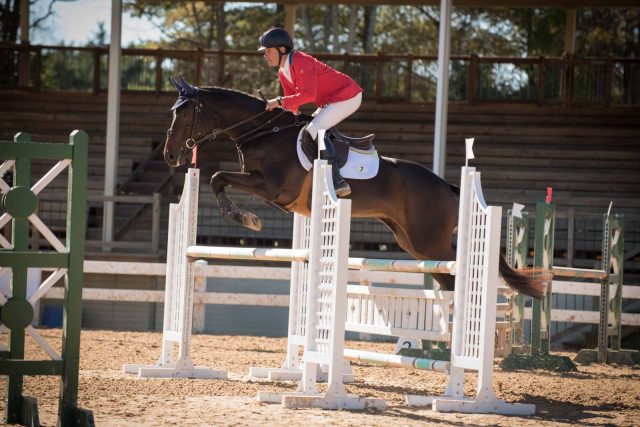 Adding another accolade to his performance  this weekend, Boyd Martin and Ringo Star, an 8-year-old Thoroughbred owned by Helle Goodrich, were named USEF CCI1* Eventing National Reserve Champions and finished third overall in the division. 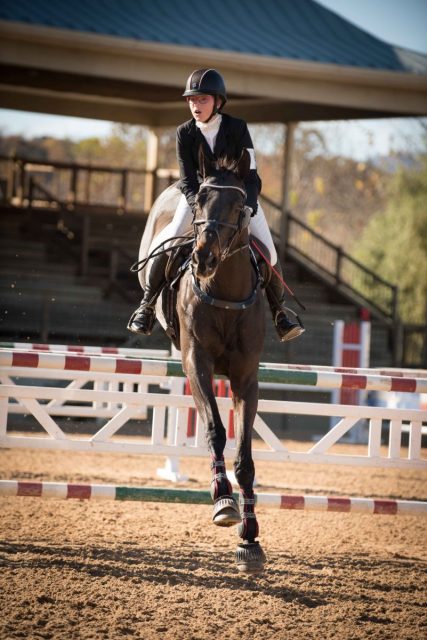 “With the pony it’s very different. I made some mistakes and having that practice round really showed me that I needed to get my act together and go do what I’m actually capable of doing,” she said. “Rutherglen was great. Just calm and steady and slow. My trainer, Booli Selmayr, was absolutely fantastic; she’s always there and helps me. She told me when I was walking up, ‘stick to the plan, and don’t change anything.’ And she was right as she always is.”

Rutherglen competed at the 2012 London Olympics with Australian eventer Andrew Hoy, so he brings a ton of experience to this relatively new partnership. Isabel said, “He is a four-star horse so I wasn’t sure if I was going to be big enough or strong enough but he’s so kind to me. He’s very thoughtful and it was very easy to build a great partnership with him.”

Coming second in the USEF CCI1*-JR/YR National Reserve Championship and in the CIC1*-B division was Kelsey Ann Quinn and Julie Quinn’s 12-year-old Thoroughbred, Dandy Longlegs. They led the division through the first two phases but unfortunately added faults in show jumping.

There were several special awards given in the FEI divisions. The  winners are:

Eight teams participated in the Intercollegiate and Alumni Team Challenge. Although Randolph-Macon College led after the first two phases, the University of Virginia edged ahead to win. Full team challenge  results are available here.