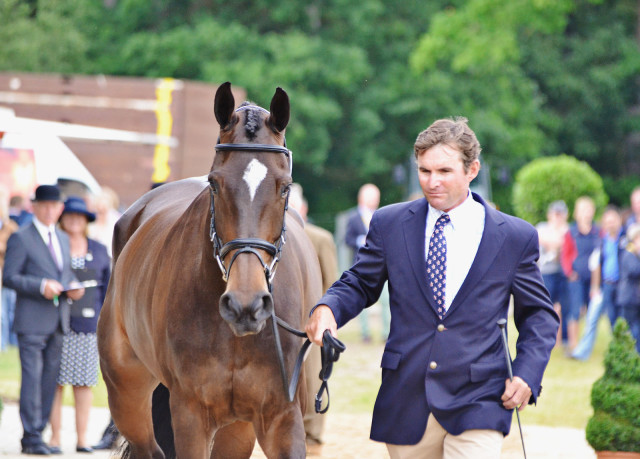 Boyd Martin said earlier today while walking the Luhmühlen cross-country course that he intended to jog Shamwari 4 and Otis Barbotiere at the first horse inspection this afternoon. But his leg is still not quite 100 percent, and after a less than successful test run down the practice strip, Boyd ended up passing the reins over to Phillip Dutton to do the honors. Both Shammie and Otis, as well as Phillip’s ride, Mighty Nice, passed the jogs. Kudos to super grooms Lindsey Taylor and Emma Ford for turning the Team USA horses out so nicely; they looked fantastic. 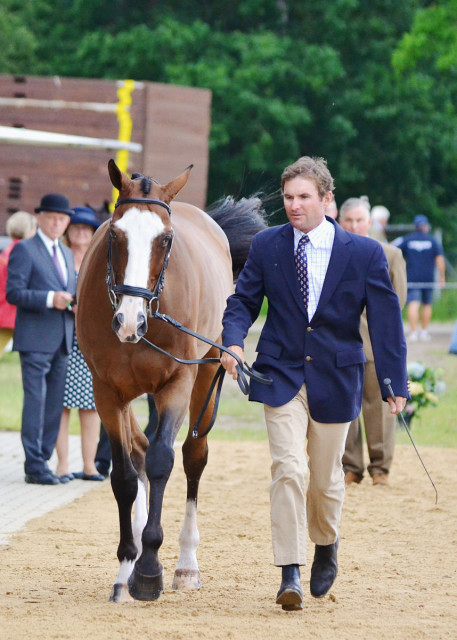 All 53 horses that presented to the ground jury of Gillian Rolton, Ernst Topp and Alain James ultimately passed, though four were sent to the holding box: Coolys Luxury, Wild Thing Z, Action Packed and Sagnol. (Side note: Remember that this is the same ground jury that will preside at the World Equestrian Games.) But it certainly wasn’t an uneventful jog, with multiple horses taking offense to the line of photographers standing at the end of the jog strip. The horse pictured below, Vira, a lovely Dutch mare ridden by Elaine Pen, wins the award for the best ERMAHGERD face. 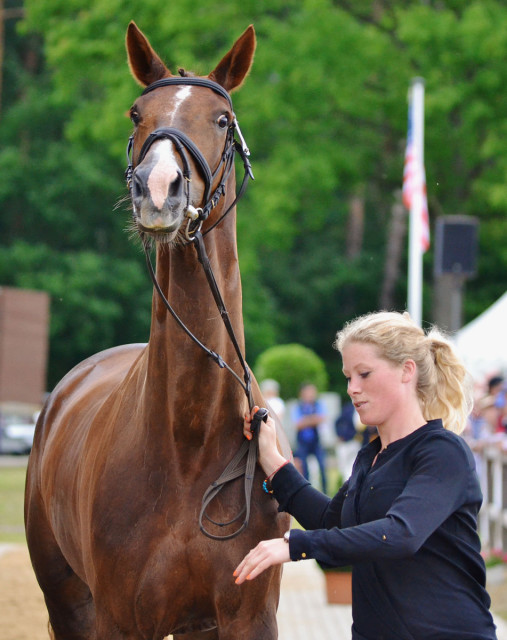 There were definitely some murmurings from the crowd when Kevin McNab trotted up Clifton Pinot just days after the FEI lifted his suspension following the Burghley banned substance kerfuffle. Shane Rose was originally slated to ride the horse this weekend, but the jockey switch came quickly after the FEI ruled. Kevin and Jock Paget — who is not riding here this weekend — could still face a ban, though that decision won’t come for another month at least. Kevin is also riding Fernhill Quality Street this weekend, one of six competitors with two rides in the CCI4*. 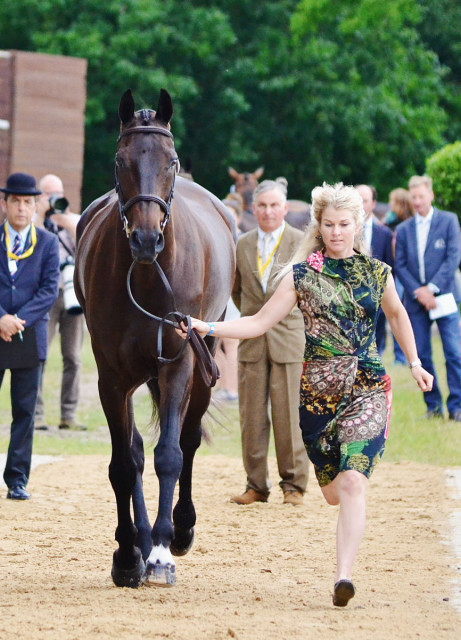 Jonelle Price and The Deputy. Photo by Jenni Autry.

As for best dressed, it’s a toss up between Jonelle Price and Ingrid Klimke. Jonelle stole the show early on in the jog with a striking bold print dress, and she got to show it off twice since she’s riding two in the CCI4* this weekend: Classic Moet and The Deputy. Ingrid Klimke made an equally bold statement with pink skinny jeans, pink flats and a coordinating pink top. Get it, girls! The men didn’t impress as much today; Michael Jung even trotted up in jeans — for shame! Hopefully the guys will step up their game at the final horse inspection on Sunday. 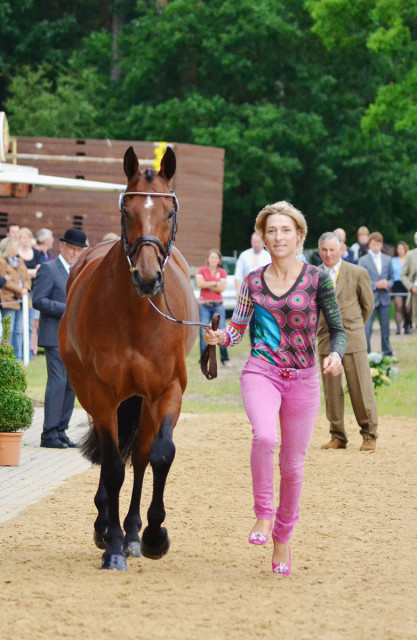 Last but not least, Andrew Nicholson withdrew Quimbo this morning and does not have another ride entered. Rebecca Howard also withdrew Riddle Master from the CIC3*, so Big Phil and Boyd are the sole representatives of North America at Luhmühlen this weekend. I still have a full jog gallery to bring you shortly, so stay tuned for much more. In the meantime, be sure to check out my photo gallery from Capt. Mark Phillips’ cross-country course, which I walked earlier this afternoon with the U.S. contingent. CCI4* dressage starts at 1:30 p.m. tomorrow. Boyd and Otis go at 1:54 p.m. local time. On Friday, Boyd and Shammie go at 1:18 p.m. local time, with Phillip and Happy at 4:24 p.m. Go Luhmühlen.