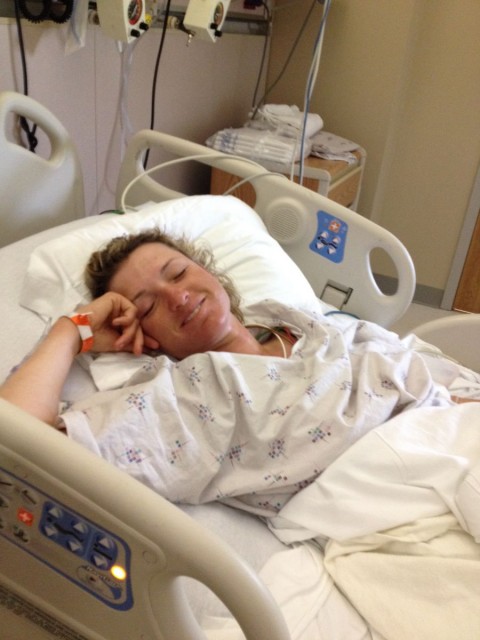 Boyd Martin said his wife Silva is continuing to improve following the freak accident that landed her in the hospital at Delray Medical Center near Wellington Wednesday morning. “The doctor said her condition is the same as yesterday, which is a good thing since they don’t want her condition to deteriorate at all in the first 48 hours,” Boyd said. “There is still bleeding on the brain, which is affecting her eyesight and speech.”

Silva’s two best friends Kate Hicks and Mary Griffin are with Silva in the hospital, and they told Boyd that Silva is much more responsive today. “She smiles when they tell her certain things,” Boyd said. “That wasn’t the case when I left yesterday. In my book, she’s definitely improved and showing signs of life.” The CT scans show the bleeding on her brain has not worsened, which is also an important sign that points toward her condition improving.

“There will be a road of rehabilitation,” Boyd sad. “From talking to the doctors, they believe she’ll make a recovery. Unfortunately, the rate of improvement is very slow.” Boyd is in good spirits today, and he has a large support team of members from the Trading Aces and Shamwari 4 syndicates here with him at Red Hills. There’s a very upbeat feel in the Windurra camp today as Silva continues to improve. Go Silva, and Go Boyd.